The Guatemalan investigative journalism site Plaza Pública recently launched a journalism and safety protocols manual for journalists that summarizes the lessons of its first six years of existence. 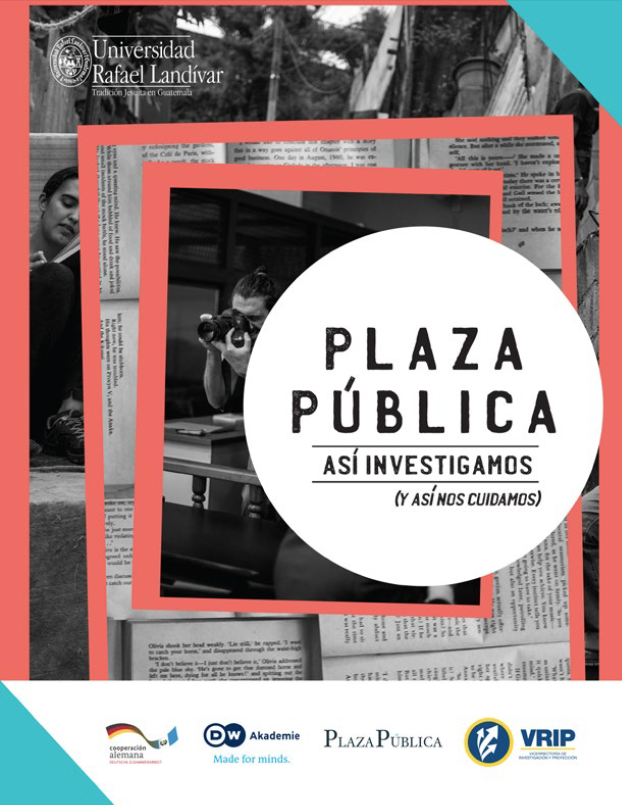 "We decided to make the manual (at the beginning of 2017) because Plaza Pública had already acquired a certain maturity in its procedures, in its processes and we needed, in part, to organize it to be clear about how we work," Spanish journalist Enrique Naveda, general coordinator and co-founder, told the Knight Center.

He explained that they thought of the completion of the document as a tool that would allow them to accelerate the learning processes in an orderly and systematic way for those who joined their team. Also, according to Naveda, is a document that could be very useful to researchers and journalists in the region in general, because of the similar institutional structures of neighboring countries, and also to foreign journalists who want to investigate in Central America.

“Así investigamos (y así nos cuidamos)” ("This is how we investigate (and this is how we take care of ourselves)" is the manual that Plaza Pública developed about traditional journalistic investigation, methods of how to use public records to investigate and how to work with data. It also explains the editorial, organizational, informative and internal, processes of Plaza Pública and its quality control mechanisms.

Moreover, as an investigative journalism outlet, they also shared their experience in the manual regarding safety protocols that they apply to carry out their reports. In that sense, the text includes safety protocols they follow in conflict zones, how to report aggressions or acts of intimidation against journalists by third parties, how to cover organized crime, civil affairs and environmental disasters. It also includes a protection guide for women journalists.

The manual includes the step-by-step of how to obtain information, not only based on the theory of how to investigate, and therefore it includes in detail how to investigate in public archives of Guatemala. Naveda explained that with the explanation given in the manual, any investigator can obtain information about a person, her properties, her networks or establish if the person has front men, among other data. "For us the data is the point of departure, it is not the point of arrival," said the general coordinator of Plaza Pública.

The writing of the manual was commissioned to independent and investigative journalist Asier Andrés. "We thought it would be appropriate for him to come and interview the entire team of Plaza Pública about how we work, to collect those lessons, synthesize them and complement them with the extra knowledge he had," Naveda said. "We used somewhat different methods and he helped us filter and sift them and to improve and find certain research biases that he added to his knowledge," he said.

To a large extent, said Naveda, this manual is "an ideal guide" that includes the experience of Plaza Pública. "The work exceeded our expectations," Naveda said.

The writing of the manual was completed at the end of 2017, and in the following months they worked on its design and subsequent printing. The PDF version of the text was uploaded to their website on July 4 and was not advertised until September, when the first thousand copies were printed. These were largely distributed among journalism students, departmental journalists and university professors from Guatemala.

Another goal of Plaza Pública in publishing the manual concerns the media outlet’s conviction that all information of public interest should be shared for free so that citizens can make their own decisions. In addition, the manual also shares the experience gained through their training program for university journalism students and the training of departmental journalists that they have just launched this year.

Digital outlet Plaza Pública was born at the beginning of 2011 as an initiative of a group of journalists, with the support of Rafael Landívar University. According to its first editorial column, the objective of the creation of the site was to contribute to the construction and defense of a solid and vigorous democracy, with ethics and social justice.