Using the hashtag #NarcoReforma, social media users that support Mexican President Andrés Manuel López Obrador have tried in recent days to link Mexican newspaper Reforma and its editorial director Juan Pardinas – who has also received death threats – with organized crime. Reforma is one of the biggest and most important newspapers in Mexico. 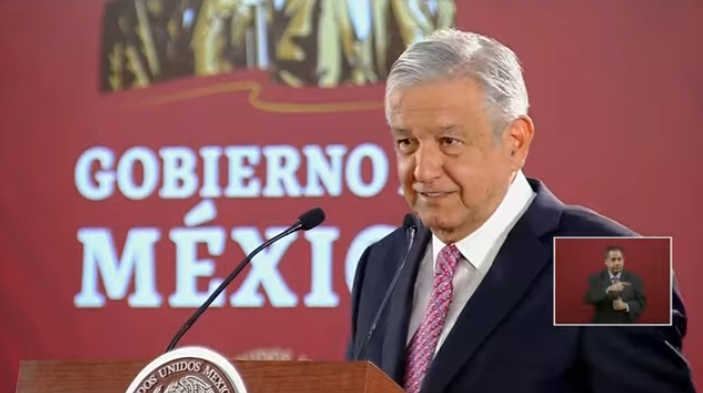 Taking into account aggressions posted on Twitter and Facebook, which began on April 24, the freedom of expression organization Article 19 of Mexico asked the country's authorities to protect Pardinas, who it said received death threats and attempted doxxing (publication of personal data) by several users.

These reactions in social networks, according to the organization, are a consequence of a note published by Reforma on April 22, "Refuerzan vigilancia en casa de AMLO” (Vigilance reinforced at AMLO’s home), following the threats that President Andrés Manuel López Obrador received from a criminal organization in prior days. In the note, the media outlet published the address of the presidential house, which has been in the public domain since the 2018 electoral campaign.

Despite this, López Obrador criticized Reforma in his regular April 23 morning press conference for publishing his address. "Where are the ethics? Don’t they pretend like they are good people? No, it's a very peculiar conservatism," the president said, referring to Reforma in the video of the conference published by Notimex on YouTube (minute 1:07 hrs).

"This would be the thirteenth time that the president has attacked the newspaper. On this occasion, he complained that the address of his private address was published, which he himself acknowledged is of the public domain," the editorial director of Reforma said, according to Animal Político.

Article 19 warned that the stigmatizing discourse that the current Mexican president holds against Reforma has a direct impact on society "in terms of the protection or risk that it can generate towards the work of the press." Therefore, it demanded the president "abstain from generating any act that could inhibit the exercise of freedom of expression that could put the journalist's life, liberty, integrity and security at greater risk."

The organization also called on the Protection Mechanism for Human Rights Defenders and Journalists to "incorporate, in an extraordinary manner," the editorial director of Reforma in its protection measures. It also asked the Special Prosecutor for the Attention of Crimes against Freedom of Expression (Feadle) to investigate the threats against Pardinas and Reforma.

In mid-April, during the 12th Ibero-American Colloquium of Digital Journalism held at the University of Texas at Austin, journalists Daniel Moreno, editorial director of Animal Político, and Salvador Camarena, general director of journalistic investigation at Mexicanos Contra la Corrupción y la Impunidad (MCCI), explained the polarization that currently exists in the press in Mexico since the López Obrador government began four months ago.

Moreno and Camarena said that the president, who has 78 percent approval in the polls, has a sustained strategy of harassment and disqualification against the media. They cited as an example the term "fifí," which according to the journalists is the adjective that López Obrador uses to refer to media he calls conservatives, as synonymous with corrupt.

"These insults lead us to a greater polarization where he has a lot of money, a lot of communication channels, he has a majority in the two congresses – the Chamber of Deputies and the Chamber of Senators – and he also has a whole government mobilized in this, in denigrating journalists," Camarena said.