Eight more journalistic expressions in Portuguese, English and Spanish that every Latin American journalist should know

The lead of this article is actually in the third paragraph. But my editor insisted that I write this nariz de cera (“wax nose”). It is not a reco, and if I were a foca, I would be upset with the intervention. It would be worse if she forced a barriga or wrote a compliment to one of her parças, then we hold our breath (everything to do with a nariz de cera, right?) and write it anyway. Anything so she doesn't keep my article in the gaveta.

If any of that doesn’t make sense, don’t worry. It will in due time.

After the success of our previous list, the LJR team gathered eight more journalistic expressions in Portuguese, English and Spanish that will help to avoid misunderstandings during cross-border collaborations on the continent.

This new list was developed in part with suggestions that arrive to the email account latamjournalismreview@austin.utexas.edu and the LatAm Journalism Review Twitter account. Please continue collaborating with us so we can release a third edition soon. But first, here’s the second edition of our list:

After scoop, it is the most important expression in journalism. It comes from the English verb lead, that is, to lead, to be in a position of advantage, to come first. Therefore, it refers to the first paragraph of a journalistic text. In English, it is also spelled lede.

The Portuguese version, lide, is written similar to the pronunciation of the word in English. In Spanish, entradilla is used.

There are leads of various types, but the most widespread is direct, which answers the questions of who, what, how, where, when, and why, informing the reader about the most important fact of the news in question.

The three expressions mean the same thing: the first paragraph of a journalistic text that does not go directly to the main subject.

However, delayed lead and entradilla literária (“literary lead”) do not have the same negative connotation that nariz de cera (“wax nose”) carries in Brazilian Portuguese. In English and Spanish, ‘late’ or ‘literary’ leads are seen as a legitimate journalistic writing technique.

Veteran journalist and U.S. journalism professor Melvin Mencher, in his book "News Reporting and Writing," writes that the delayed lead “entices the reader or listener into the story by hinting at its contents. It often is used with feature stories.”

In Portuguese, the writing manual of one of the most influential newspapers in Brazil describes nariz de cera: “Introductory paragraph that delays the entry into the specific subject of the text. It is a sign of circumlocution incompatible with journalism.”

The very etymology of the term is playful: a nose made of wax falls apart because it has no support, just like a story that does not have a direct and objective lead.

If there are controversies about nariz de cera, barriga is unanimous: every journalist has already "deu uma barriga" and will always be ashamed of it.

In Brazil, barriga (“belly”) is incorrect information that ends up being published. Contrary to the scoop, which every journalist pursues, everyone runs from barriga.

If the literal translation of the term sounds unusual in Spanish and English, don't worry because it is also strange in Portuguese among the uninitiated.

Brazilian professor and writer Deonísio da Silva attributes its origin, unconfirmed, to the also unconfirmed origin of furo (scoop) as exclusive news, as we explained in the first list of journalistic expressions for Latin American journalists. If furo came about with the sabotage of competitors who damaged the printing plates of rivals, barriga is the error resulting from printing using that damaged plate. With the mistake etched on the plate, the result was a text with an error, Silva told LJR.

Don't confuse it with the ubiquitous “fake news”: barriga is not intentional.

Every editor has a reporter on his team who passes on stories. Whether by chance (or luck, depending on the case), or because he doesn't want to write about that subject. But if the story comes directly from the owner of the outlet, it is undeniable. They are so frequent in Brazilian journalism, they have a number of denominations.

My favorite is reco (sometimes rec), short for recommended. A beautiful euphemism to describe something that is not just a suggestion, because it is an order from the highest echelons. It could be the coverage of a social event, the launch of a friend's book or even less virtuous subjects.

The euphemism reco, however, is dangerous, as there are those who take it literally and may think it means a true recommendation or that it’s up to them to accept what is far from being a mere suggestion. For this reason, in some places, the term OBRIG, for “obligatory,” was coined, to make it clear that recos are mandatory. 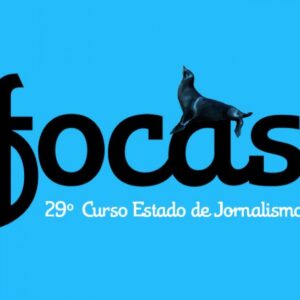 So that the reader does not get the impression that journalism only deals with negative subjects, such as the fearsome barriga or the equally fearsome reco, let's talk about a more sympathetic expression.

Foca (“seal”), in reference to the aquatic mammal, is how Brazilian journalists refer to newbies. Although the origin is a joke, the term was adopted with a positive connotation. Estadão's prestigious training program for young journalists uses not only the name but the animal as a mascot. Adestramento de focas (“seal training”) is the slogan.

In English, there is no specific term and beginners are called rookies, just like any beginner in any professional activity. The term, however, comes from the designation of military recruits, according to the Oxford dictionary.

In Portuguese, reportagem de gaveta (“drawer report”)is a finished article that has not yet been published. It is called that because before saving the text file in a folder on the computer, the editor kept the materials available in a drawer.

Editors love gavetas. The gaveta allows for some flexibility when closing the edition because if something goes wrong, the gaveta is used and a certain edition is prevented from having fewer texts than expected.

Having a stuffed gaveta, however, is as unusual a phenomenon as keeping stories in a real drawer.

Nothing against seeing the positive side of things, but puff pieces exaggerate the limit of what can be considered advertising. “A piece of writing or speech that praises something too much,” explains the Cambridge dictionary.

Puff, in English, means bloated, that is, similar to the figurative sense associated with journalism: texts inflated with positive elements about a character or institution.

A similar expression in Brazilian Portuguese is jornalismo chapa branca (“white plate journalism”), that is, official and uncritical in relation to the government, often because there is an association between the head of government and the outlet. Chapa branca comes from the color of license plates used on government-owned cars in the country until a few years ago.

In other words, it is that type of journalism designed to look good with friends, or even with sources. Much praise and a blind eye to problems can serve to win a close relationship with the source and result in a scoop. It may be the exclusive news that a player is going to change teams. Or the anticipation that a judge will order the arrest of a public figure.

In English, crony indicates one that is not always based on honesty. Depending on the hierarchy of the parties involved, the camaraderie can go even further, with favorable coverage (often via recos) coincidentally accompanied by generous advertising campaigns.

This list had the collaboration of journalists from Latin America who sent suggestions after we published the first edition of the glossary of journalistic expressions. In fact, we updated the first version after you sent us words like tubazo and chacaleo. And if you have any suggestions, send your suggestion in any language to latamjournalismreview@austin.utexas.edu, or send us a message on Twitter.