*By Jan-Albert Hootsen. This article was originally published on the Committee to Protect Journalists (CPJ) website.

“Practically nothing.” RíoDoce magazine editor Andrés Villarreal spoke with a sigh and a hint of resignation as he described what came of Mexico’s investigation into the attempted hacking of his cell phone. “The federal authorities never contacted me personally. They told us informally that it wasn’t them, but that’s it.”

Just this month, a joint investigation by three Mexican rights groups and the University of Toronto’s Citizen Lab found evidence of Pegasus infections on the devices of two Mexican journalists and a human rights defender between 2019 and 2021 – infiltration that occurred in spite of Mexican President Andrés Manuel López Obrador’s 2018 promise to end illegal surveillance.

López Obrador denied on Oct. 4 that his administration had used Pegasus against journalists or political opponents, saying, “if they have evidence, let them present it.” 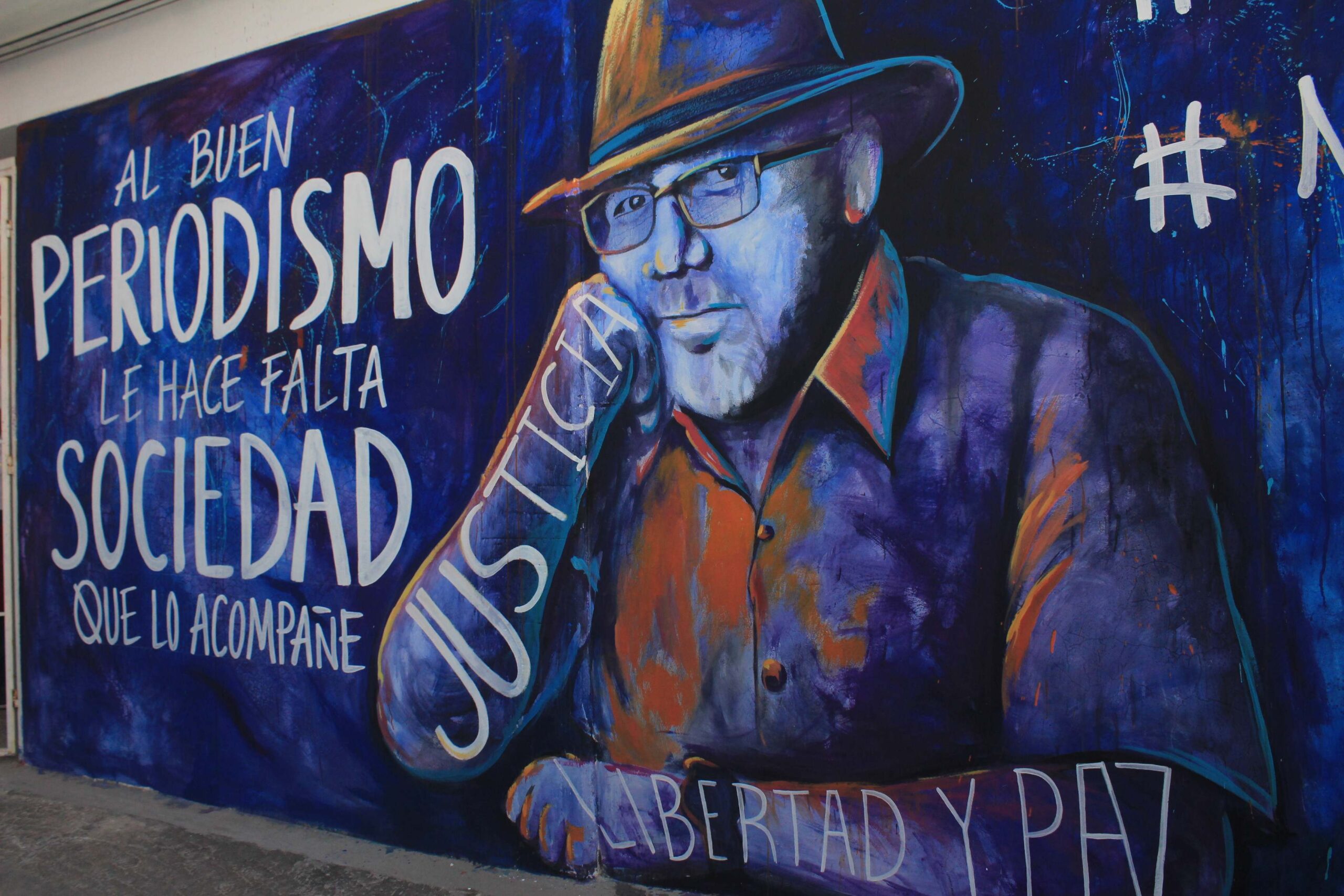 The previous Mexican administration also denied using the technology on high-profile journalists, even after the Pegasus Project, a global consortium of investigative journalists and affiliated news outlets that investigated the use of the spyware, reported in 2021 that more than two dozen journalists in Mexico have been targeted with the spyware. Those named included award-winning investigative journalist Carmen Aristegui and Jorge Carrasco, the editor-in-chief of the country’s foremost hard-hitting investigative magazine Proceso. Yet although the surveillance caused considerable outrage, almost nothing has changed since 2017, according to Villarreal, who spoke to CPJ from Sinaloa’s capital, Culiacán.

In what CPJ has found to be by far the deadliest country for journalists in the Western Hemisphere, there remains no legal protection from intrusive surveillance, no recourse for its victims, and no repercussions for those in public office who facilitated the spying.

López Obrador’s pledge to stop illegal surveillance was one of his first major undertakings after he took office in December 2018. Eleven months later, he assured Mexicans that the use of the Israeli spyware would be investigated. “From this moment I tell you that we’re not involved in this. It was decided here that no one will be persecuted,” he said.

But with just over two years left in office – Mexico’s constitution allows presidents to serve only a single six-year term – journalists, digital rights groups, and human rights defenders say little has come of the president’s promises. Not only has the investigation into the documented cases of illegal use of Pegasus shown no meaningful progress, the critics say, but also virtually nothing has been done to prevent authorities from continuing to spy.

CPJ contacted the office of President López Obrador’s spokesperson for comment before publication of the October report about the most recent infections but did not receive a reply.

NSO says it only sells Pegasus to government and law enforcement agencies to combat terrorism or organized crime. But investigative journalists report that in countries like Mexico non-state actors, including criminal groups, can also get their hands on these tools even if they are not direct clients. This poses a major threat to journalists and their sources across the region, where CPJ research has found that organized crime groups are responsible for a significant percentage of threats and deadly violence targeting the press. At least one Mexican journalist who was killed for his work, Cecilio Pineda Brito, may have been singled out for surveillance the month before his death.

Villarreal and Bojorquez received the first Pegasus-infected text messages just two days after Javier Valdez Cárdenas, Riodoce co-founder and a 2011 recipient of CPJ’s International Press Freedom Award, was fatally shot on May 15, 2017, near the magazine’s offices in northern Sinaloa state.

“Although it had all the hallmarks of Pegasus, it took us quite a while before we realized what was happening,” Villarreal recalled. “We were in a very vulnerable state after Javier’s death. It wasn’t until approximately a month later, after contact with press freedom groups, that we realized that it was Pegasus.” 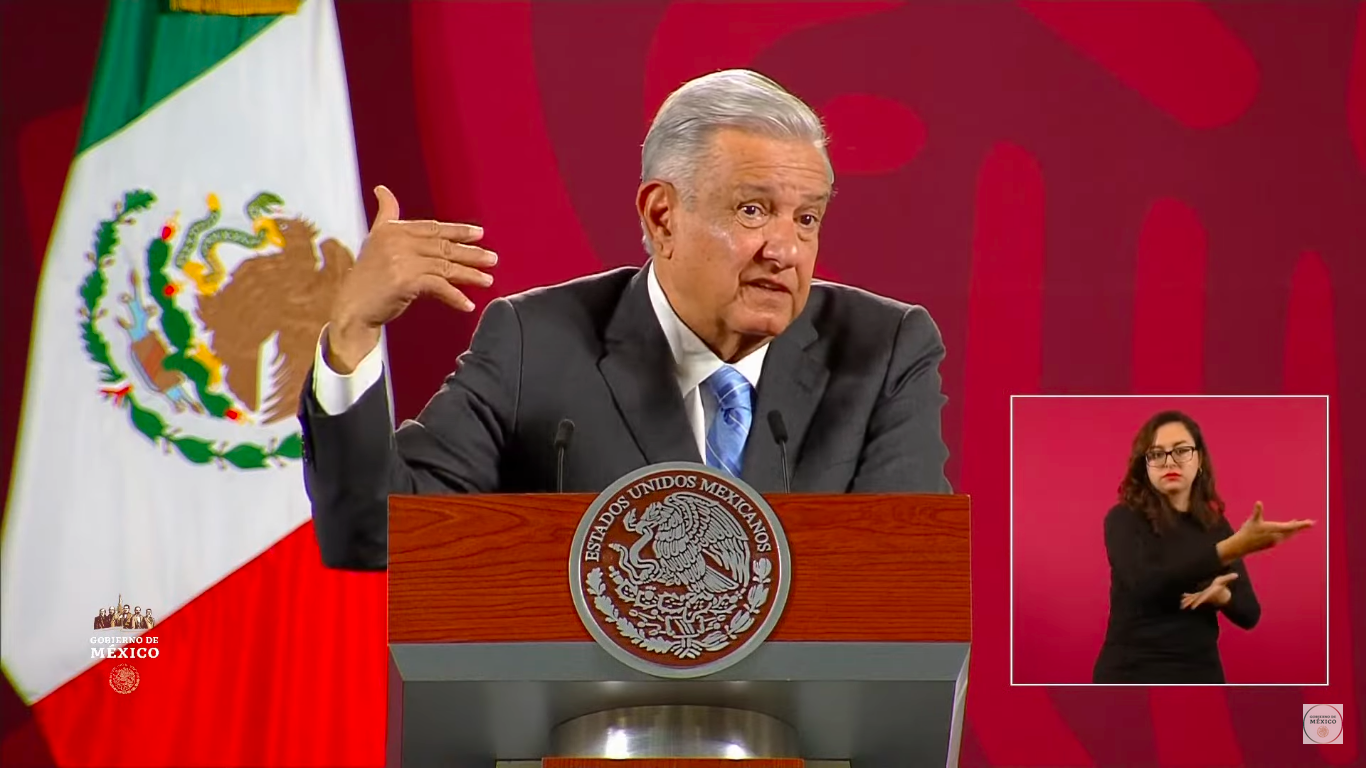 López Obrador denied on Oct. 4 that his government had used the Pegasus software against journalists or political rivals. (Photo: YouTube screenshot).

However, an ongoing federal investigation initiated under the previous government of President Enrique Peña Nieto has not led to any arrests of public officials. In December 2021, Mexican authorities requested the extradition from Israel of the former head of the criminal investigation agency, Tomás Zerón, in connection with various investigations – reportedly including the Pegasus abuses – but that request has not yet been granted. (CPJ contacted the federal attorney general’s office for comment on the extradition, but did not receive a reply.)

Concerningly, according to Proceso, investigators of the federal state comptroller revealed in the audit of the federal budget in October 2021 that the López Obrador administration had paid more than 312 million pesos (US $16 million) to a Mexican businessman who had facilitated the acquisition of Pegasus in the past.

The López Obrador administration has not publicly responded to Proceso’s findings or the state comptroller’s report, but the president did say during his daily press briefing on Aug. 3, 2021, that there "no longer existed a relationship" with the developer of Pegasus. The president’s office had not responded to CPJ’s request for comment on the payment by the time of publication.

Experts at R3D and Citizen Lab said Pegasus traces on a journalist’s phone indicated they were hacked as recently as June 2021, just after they reported on alleged human rights abuses by the Mexican army for digital news outlet Animal Politico. The journalist was not named in reports of the incident.

“I don’t think anything has changed,” Villarreal said. “The risk continues to exist, but the government denied everything.”

R3D, together with a number of other civil society groups, has also pushed hard for new legislation to curb the use of surveillance technologies by lobbying directly to legislators and via platforms like the Open Government Alliance. So far, the result has been disappointing. Even though López Obrador and his party, the Movement of National Regeneration (Morena), hold absolute majorities in both chambers of federal congress and have repeatedly acknowledged the need to end illegal surveillance, there has been no meaningful push for new legislation on either the state or the federal level.

“There is indignation about surveillance, but my colleagues aren’t picking the issue up,” said Emilio Álvarez Icaza, an independent senator who has been outspoken about surveillance. “It’s an issue that at least the Senate does not seem to really care about.”

R3D’s García warns that Pegasus is just a part of the problem. R3D and other civil society groups say they have detected numerous other technologies that were acquired by state and federal authorities even after the scope of Pegasus’ use became clear.

“We’ve been able to detect the proliferation of systems that permit the intervention of telephones and there are publicly available documents that provide serious evidence that those systems have been used illegally,” García said. “The [attorney general’s office], for example, has acquired the capacity to conduct more than 100,000 searches of mobile phone data, but only gave clarity about 200 of them.”

“Even with regulation, the Mexican justice state has a tremendous problem of lack of transparency and accountability. The entire system seems to have been constructed to protect public officials,” said Ana Lorena Delgadillo, a lawyer and director of the Fundación para la Justicia, which provides legal support to Mexicans and Central Americans searching for "disappeared" family members. “This is why I believe it’s important that cases of this nature are ultimately brought to the Supreme Court, but it’s hard to find people willing to litigate.”

Villarreal said he will not be one of those afraid to speak out. “Ultimately we’ve left our cases in the hands of civil society organizations,” he said. “Thing is, the spyware is just a new aspect of a problem that has always existed. The authorities have spied here, they will continue to do so. We have to adapt to the reality that we’ll never know the extent of what’s going on.”