Registration for the second edition of the Jornada Galápagos de Jornalismo closes on Sept. 19th. In this edition, which takes place three years after the first one, the program includes more workshops and more time for interaction between participants and speakers.

Thirty journalists, university students, and professionals from other fields interested in producing digital journalistic content will be selected. The course will take place in person, in Portuguese, in São Paulo, Brazil, from Nov. 20th to Dec. 2nd. Selected participants will have all expenses paid, including airfare and accommodation.

"This year, we are focusing on providing tools and inspiration, especially to the freelance content producer," journalist Alecsandra Zapparoli, founder and publisher of Galápagos, told LatAm Journalism Review (LJR).

This edition comes three years after the first Jornada Galapagos, which also brought together 30 journalists from all over Brazil. The hiatus was necessary due to the COVID-19 pandemic, which made face-to-face interactions, which are one of the great attractions of the training, impossible.

"We made some adjustments to the schedule, leaving more time for interaction between participants and speakers. This was one of the requests made by the students during the first edition," Zapparoli said.

During the first Jornada Galápagos, journalists from all over Brazil were selected, taking into consideration regional, gender, race, and class diversity. The same criteria will apply in 2022. "We want curious and tuned-in people, available and willing to breathe in information during twelve days, since the training is quite intense," Zapparoli said. 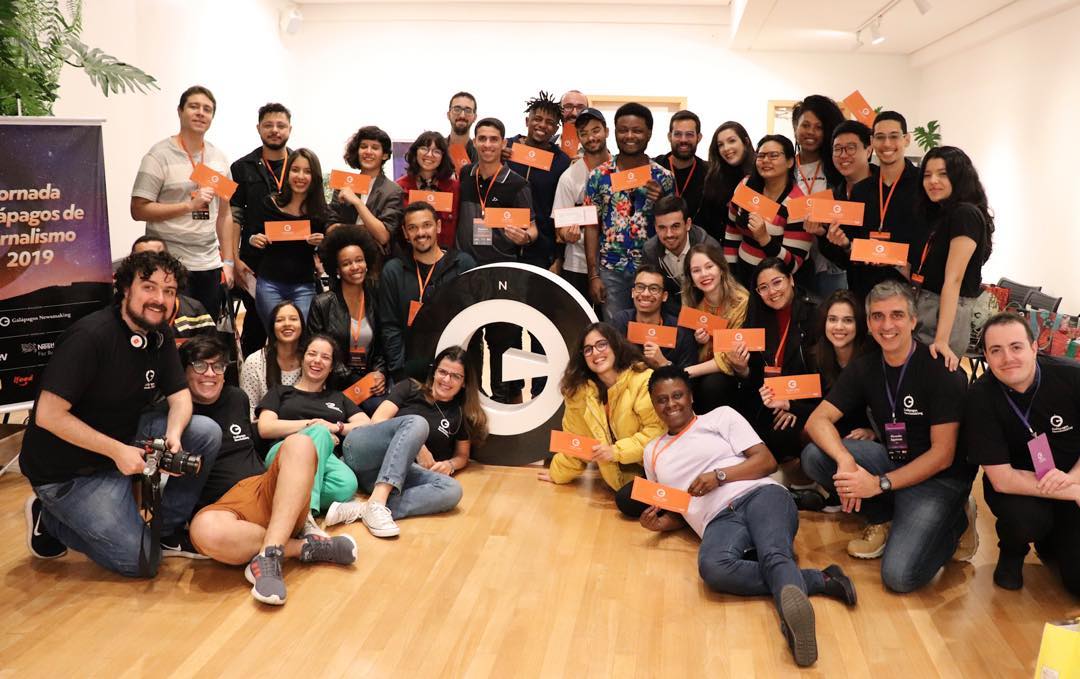 The program is not yet 100% final but includes names such as a special reporter and columnist from Folha de S.Paulo Patricia Campos Mello, who will talk about the fight against online harassment. The 2020 Maria Moors Cabot Award winner even had to walk around with bodyguards because of the number of threats she received after revealing a fake news financing scheme during the 2018 presidential campaign.

Also confirmed are Daniel Bramatti, from Estadão Verifica, cofounder of Comprova, and former president of Abraji; Yan Boechat, reporter specializing in covering armed conflicts; Juliana dal Piva, author of the series of feature stories "The Secret Life of Jair," about scandals involving President Bolsonaro and his family, which has just turned into a book; among others.

Part of the course will be geared towards hands-on classes, focusing on content production and the use of tools available on the main platforms, such as Google, YouTube, Twitter, TikTok, Spotify, Instagram and gStack (a platform for producing newsletters).

One of the objectives of the Jornada Galápagos is to contribute to the training of young journalists and new content producers who have not had the opportunity to participate in training programs at journalism organizations -- which are increasingly scarce in Brazil.

"With the shrinking and economically fragile traditional newsrooms, it is very difficult for a new graduate, for example, to have a place to learn on the job. Increasingly leaner, newsrooms hardly offer the possibility of learning from more experienced journalists. There is neither the time nor the people available for this. And the more experienced ones, always swamped with work, rarely have the opportunity to reinvent themselves," Zapparoli said.

Journalist Evandro Almeida Júnior took part in the first Jornada Galápagos and, since then, his career has taken off. At its highest point, he was part of the team of the LATAM Network of Jóvenes Periodistas de Distintas Latitudes responsible for the special "Attacked during quarantine," about gender violence against women during the COVID-19 pandemic in Latin America. The cross-border work won the One World Media award in 2021 in the digital media category.

"I applied to Galapagos because I had just graduated and had never worked in a newsroom in my life. So I always had a hard time trying to get into a newsroom," Almeida Júnior told LJR. "During Galápagos, we learned techniques that helped us get funding, get reporting trips, win awards, think about award-winning stories."

The young journalist is today national affairs editor at TV Band, after a stint at Estadão. Besides the specific training, he highlights the creation of a network of collaborators and partners among his first edition cohort. "We created very strong connections. And today, we are a very strong support network as well."