There was not much for independent journalists in Nicaragua to celebrate on the National Day for Journalists.

More than two years after the Nicaraguan National Police took over the newsrooms of 100% Noticias and editorial group Confidencial, the government officially turned them into social services buildings. It was yet another blow to independent journalism in a country where journalists have been imprisoned, physically attacked, harassed, killed and forced into exile since the social and political crisis broke out in April 2018. 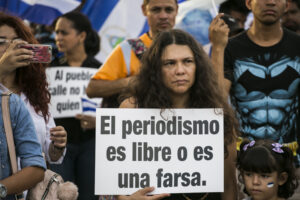 A photo from a tribute to journalist Angel Gahona who was killed in Bluefields on April 21, 2018. (Photo: Jorge Mejía Peralta/CC BY 2.0)

In solidarity with the independent journalists who continue to report, investigate and inform Nicaraguan society, 470 journalists from 40 countries signed a letter against repression from the government.

“Since the beginning of the civic protests, in April 2018, the government in the hands of Daniel Ortega and Rosario Murillo has exercised a systematic repression against dissident voices, particularly against media outlets that are not under their control, to the point of finally confiscating the facilities where independent media operated,” the letter says.

They also expressed to Nicaraguan independent journalists their concern and outrage over the current situation, while demanding that the government respect freedom of expression and allow human rights organizations to visit the country.

“There is a lot of admiration for the Nicaraguan press, for its resilience, its bravery, its courage, well, that is not only important for Nicaraguan society, but it is important for the international community. If something is known [about what is happening] it is because they are doing their job," Pedro Vaca, Special Rapporteur for Freedom of Expression of the Inter-American Commission on Human Rights (IACHR), told LatAm Journalism Review (LJR).

Vaca’s office invited independent Nicaraguan journalists to a private virtual event on March 1 in celebration of the National Day for Journalists. That’s where renowned Chilean journalist Mónica González read and symbolically delivered the letter from the global community of journalists, including the Governing Council of the Gabo Foundation, to the Nicaraguans.

Among the events that occurred in Nicaragua that were mentioned in the letter, within the framework of Ortega's growing authoritarianism, is the destruction of the offices of Radio Darío, on April 20, 2018, the murder of journalist Ángel Gahona while he was covering one of the numerous social protests that broke out against the government three years ago and the exile of more than 70 Nicaraguan journalists who received death threats, such as Carlos Fernando Chamorro, director of Confidencial. It also mentions, among other things, the violent arbitrary arrests of Miguel Mora, director of 100% Noticias, and of its journalistic director, Lucía Pineda Ubau. 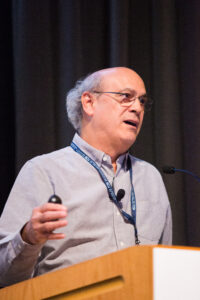 Despite the final confiscation of Confidencial’s headquarters, without a court order, on Feb. 23, Chamorro, told LJR that what they have continued to produce “quality journalism.” "Confidencial did not submit to this act of force, not even when the police occupied our newsroom [in 2018], nor now that this illegal confiscation has been consummated."

The restrictions on press freedom in Nicaragua have several facets, of censorship and physical violence and of legal censorship, Vaca said.

Nicaragua has a "judiciary that is quick to condemn journalists for their publications, but is slow to analyze the arbitrary actions of the government," the Rapporteur added.

A fundamental organization for free journalism in Nicaragua is the Violeta Barrios de Chamorro Foundation, which in February 2021 announced its indefinite cessation due to the Foreign Agents Law. This law establishes million-dollar fines for civil organizations that receive donations from abroad and that do not register as "foreign agents" and accept the new tax rules and regulations.

The IACHR pointed out that the Foreign Agents Law “seeks to silence individuals and organizations identified as opposition and prevent any exercise of public freedoms, such as expression, association, participation in the leadership of public affairs, the right to protest and the right to defend rights, among others.”

Cristina Chamorro Barrios, founder and director of the Foundation, said in the March 1 presentation of the 'Pedro Joaquín Chamorro Cardenal' Awards for Excellence in Investigative Journalism, that “they will not tire of demanding an end to repression and abuse of power against journalism, freedom of expression and all public freedoms,” according to the Inter-American Press Association (IAPA).

The IAPA collaborated this year with the Foundation in the organization of the fifteenth edition of awards, due to the situation it is going through.

The awards recognized investigations by Nicaraguan journalists that managed to uncover human rights and government abuses despite the near-constant attacks on the press.

“Despite the changes and the crisis that journalism has had to endure, an extraordinary effort has been made to produce reports that go beyond duty in values such as depth and narrative, also in the midst of an environment of increasingly widespread opacity,” the jury said, according to the IAPA. 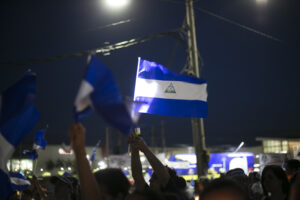 Tribute to those killed during citizen protests in Nicaragua in April 2018. (Photo: Jorge Mejía Peralta/CC BY 2.0)

Regarding the current global health situation, the letter from the global community of journalists points out that the minimization of the COVID-19 pandemic by the Ortega government makes independent journalism in the country even more urgent, to report truthfully.

"I would dare to say that Nicaragua has the worst secrecy imposed on a society in Latin America," Chamorro said, regarding the official information available on the pandemic. "In Nicaragua, the number of tests carried out nor the results of the COVID-19 tests, nor the true impact of the deaths, has ever been known."

According to Chamorro, and according to sources to which the Confidencial team had access, in Nicaragua more than 7,000 people have died from the virus during the pandemic, and not the 172 people that the government gave as an official figure.

Regarding his return to Nicaragua from exile in 2019 to continue doing journalism, Chamorro said he did negotiate anything with the Ortega government and did so without any personal guarantees. "I have the conviction that the rights which were violated are recovered by exercising them."