Police officers forcibly entered a Honduran radio station to apprehend the director, a journalist sentenced to 10 years in prison for defamation. 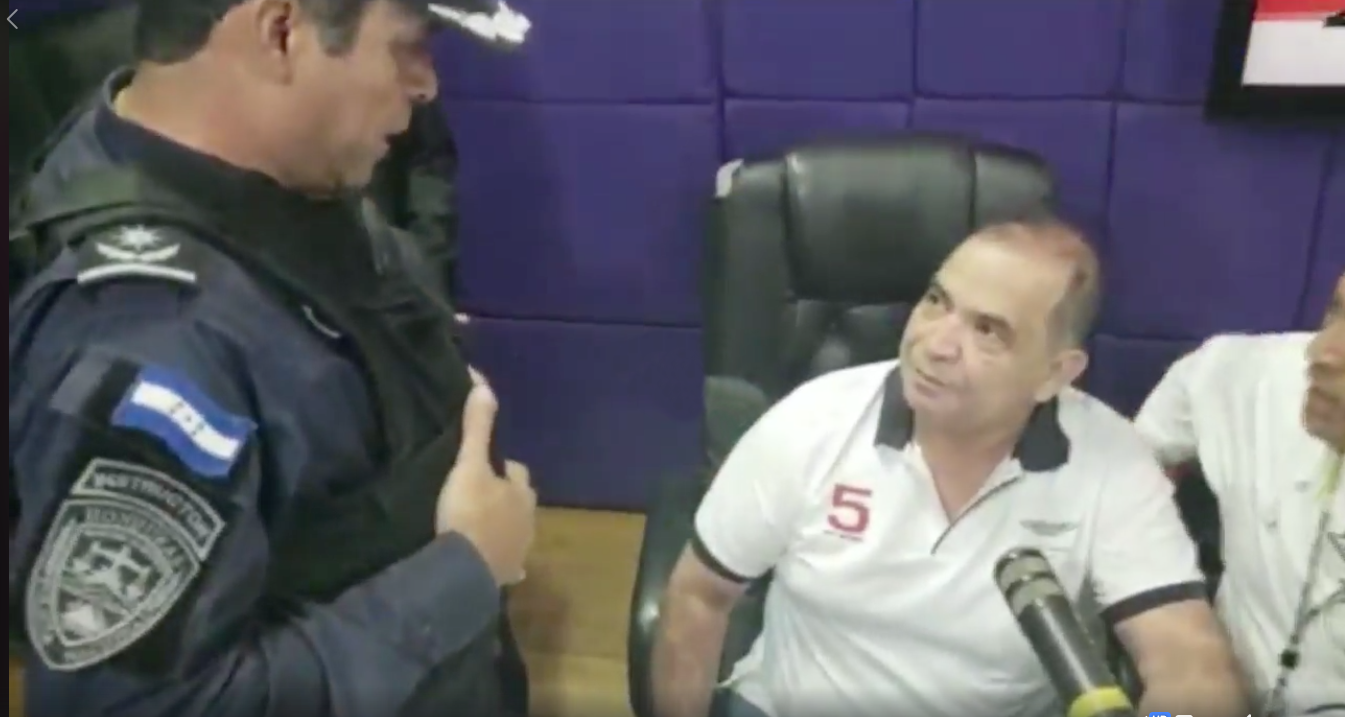 With a search warrant and arrest warrant, Honduran journalist David Romero Ellner was captured by police on March 28 in Tegucigalpa, while broadcasting his program "Interpretando la Noticia" live on Radio Globo, reported TV Honduras via YouTube. Romero is the director of Radio Globo and Globo TV.

On Jan. 11, 2019, the Supreme Court of Justice unanimously ratified a penal sentence of 10 years of prison against Romero. The sentence was issued in 2016 by a court that ruled that the journalist committed six crimes of defamation for charges constituting injurias to the detriment of the former prosecutor Sonia Inés Gálvez.

The penalty also includes his disqualification from working as a communicator during his sentence, according to La Prensa.

Via Twitter, the Inter-American Commission on Human Rights (IACHR) rejected the arrest of Romero, to whom they granted precautionary measures for being in a "serious and urgent situation due to the exercise of his right to freedom of expression."

On March 21, the IACHR sent the Honduran government a resolution on precautionary measures to protect Romero's rights, considering that there is a situation of seriousness, urgency and irreparable harm. In the resolution, the Commission asked the government to suspend the execution of the guilty verdict.

The IACHR precautionary measures were issued in response to a request sent by the nongovernmental organization Center for Investigation and Promotion of Human Rights (Ciprodeh) after the ratification of the sentence earlier this year.

The Supreme Court declared the precautionary measures granted by the IACHR to the journalist inappropriate, La Prensa reported.

The coordinator of the Central America and South America Program of the Committee to Protect Journalists (CPJ), Natalie Southwick, commented that the criminal sentence of 10 years in prison to which Romero was sentenced for a defamation case is reflective of Honduras’ distance from international consensus in such cases.

"Instead of enforcing outdated laws criminalizing defamation, authorities in Honduras should focus on improving conditions for the press and ensuring all journalists are able to work freely,” Southwick said.

In a statement posted on its website, the Committee for Free Expression (C-Libre) called the arrest of Romero “government authoritarianism” and claimed that the Honduran government used a discourse of hate in the journalist’s case.

C-Libre also referred to the statements that the Minister of the Presidency, Ebal Díaz, made to the press before the journalist was arrested. Díaz said Romero extorted government officials to avoid his conviction and subsequent capture, CNN en Español reported.

"In this strategy that he himself determined, he began to attack different officials, both from the Judiciary and from the Executive Power. David Romero Ellner was wrong in everything, he was wrong in that he was going to bend the State," Díaz said in a video on the international news network.

For C-Libre, these declarations show the interest of the government in capturing Romero. It also stated in its release that the criminal trial and subsequent detention of Romero is a serious threat to freedom of expression in the country.

In July 2015, Judge José Dimas Agüero Echenique, who oversaw Romero's case, said in an interview on Radio Progreso that the president of the Judiciary Council, Judge Teodoro Bonilla, told him that the president wanted to see Romero imprisoned. "The 'man' wants the journalist to be condemned," Bonilla allegedly said, according to Echenique, apparently referring to current Honduran president Juan Orlando Hernández.

However, Bonilla denied that claim and accused Echenique of wanting to disqualify the Honduran justice system, Radio Progreso reported. Later, the media reported, Echenique was removed from the case and it was assigned to another judge.

In addition, C-Libre accused the Executive of violating the principle of independence of the Judiciary for dismissing the precautionary measures issued by the IACHR in favor of the journalist and his media outlet.