The General Assembly of the Inter-American Press Association (IAPA) and its board of directors approved the Declaration of Salta on the principles of freedom of expression in the digital era on Oct. 22 in Argentina. The declaration aims to guarantee that human rights are respected in the digital space. 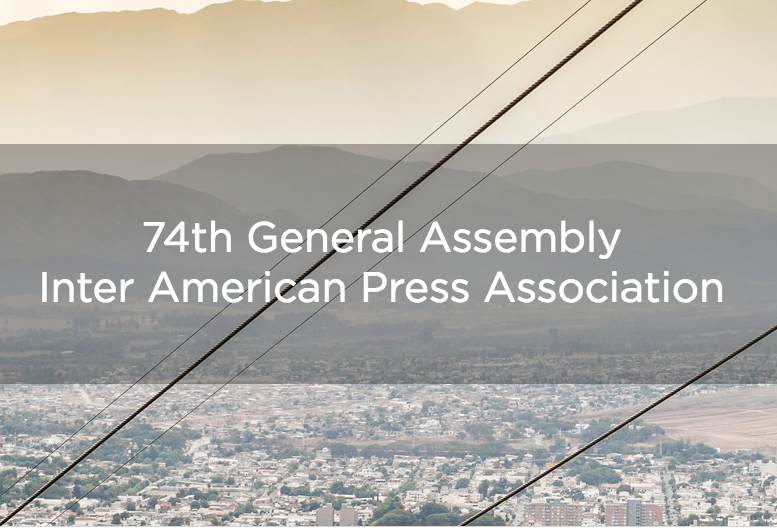 On its site, the IAPA highlights the need to defend the freedoms of expression and the press as inalienable rights, with equal access to the internet being one of the fundamental principles of the recently signed Declaration of Salta.

“The development of the internet and digital technologies deepens a more open, diverse and plural exercise of freedom of thought, freedom of expression and freedom of the press,” SIP wrote in its press release. “They allow for the exchange of ideas, opinions and information in a multidirectional, interactive and immediate manner, and for greater access to informational sources.”

However, according to the organization, abuses by various actors and the misuse of digital technologies have strengthened censorship, blocking of content, surveillance, harassment, campaigns to discredit and other forms of violence against journalists, media and users in general. All this has created a significant digital divide between countries and in societies, the statement said.

The Declaration of Salta, backed by the Declaration of Chapultepec that was signed on March 11, 1994 to defend and protect freedom of the press and of expression in Latin America, contains 13 principles on these freedoms for the digital environment.

Among the most representative are that governments should not exercise prior censorship by blocking sites or inhibiting opinions and information with regulations in digital spaces. Nor should they impose sanctions on criticism or information about public officials expressed by users in that space. Any measure must consider the precepts established by the American Convention on Human Rights.

It also calls for States in the region to protect those who fulfill the role of informing from violence and aggression, guaranteeing that the digital environment is a free and neutral environment.

Separately, the 74th General Assembly passed a resolution regarding attacks on social media, condemning “attacks on and harassment of journalists and news media on the digital platforms that are increasingly used as weapons of disinformation and for discrediting campaigns.”

Other documents from the General Assembly, including individual country reports and resolutions, are available on the IAPA’s site.