Latin music stars raised their voices to send a message of peace and reconciliation at the Venezuela Aid Live concert, held on Feb. 23 in the border city of Cúcuta, Colombia, one day before the planned date to bring humanitarian aid into Venezuelan territory.

But for hundreds of people it was impossible to see the concert from their homes, after the signals from the channels NatGeo and Antena 3 in Venezuela were interrupted for users of the paid television services DirectTV and Intercable, as the National Union of Press Workers of Venezuela denounced on social media. 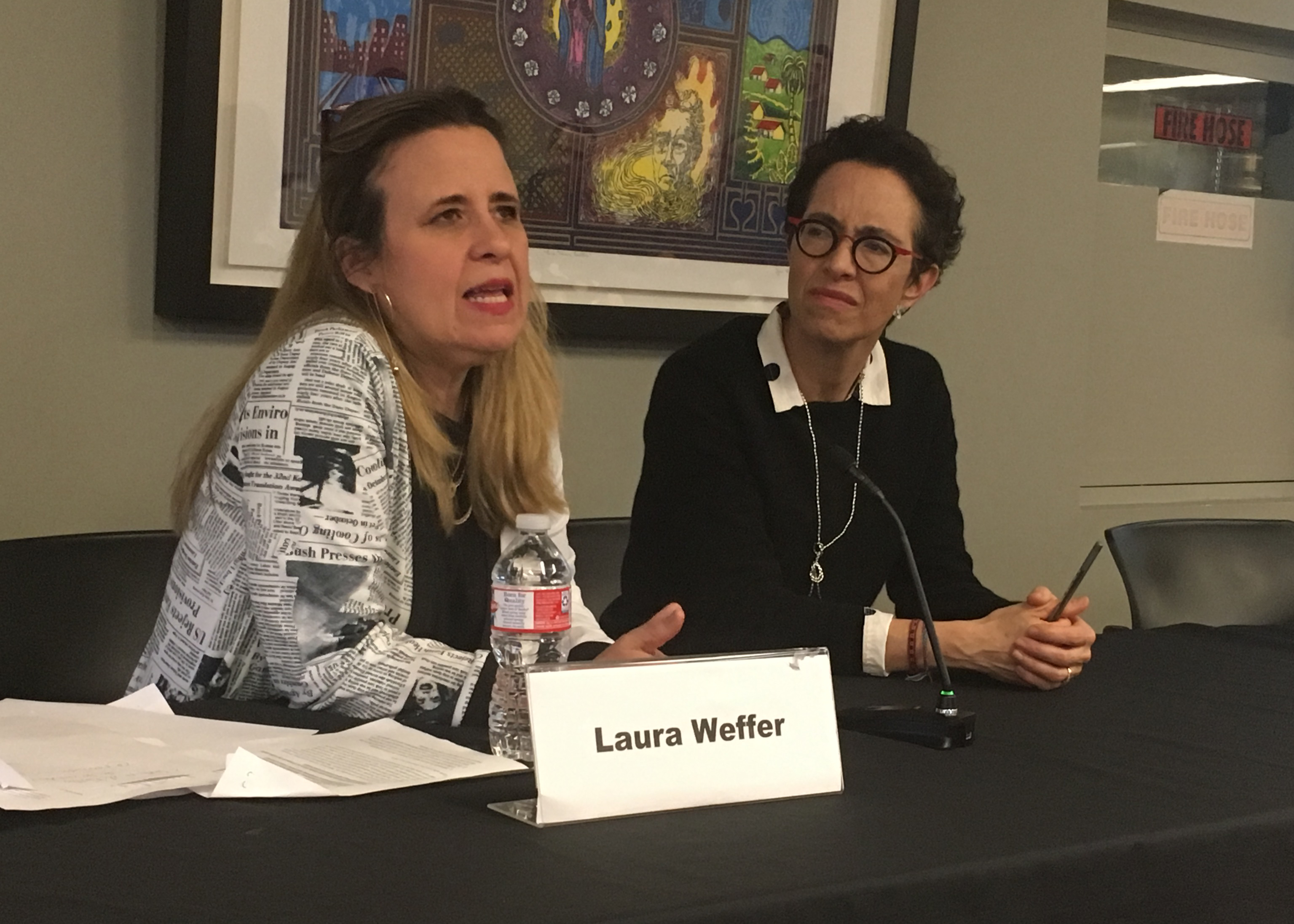 In addition, access to Bing, Google and YouTube was also blocked several times during the show, according to the NetBlocks cybersecurity organization.

At the same time, but thousands of miles away, in Texas, Venezuelan journalist Laura Weffer referred to the incident with indignation, but not with surprise.

"What is happening is not a recent phenomenon in Venezuela. This ambush against the media is not new," she said as a keynote speaker at the Lozano Long Conference of the Teresa Lozano Long Institute of Latin American Studies and the Knight Center for Journalism in the Americas at the University of Texas at Austin.

Weffer explained that beyond the blocking and censorship, the crisis of journalism in Venezuela also has to do with the fact that the profession lost the trust of the people. Partly because of the demonization of the media by the regimes of Hugo Chávez and Nicolás Maduro, but also because the sector of Venezuelans aligned with Chavismo was far from the attention of journalists for many years.

"From Chávez until now, this ill-named Bolivarian Revolution has made it very clear that one of its priorities was to install distrust toward journalism," Weffer said.

The journalist also said that supporters of Chávez were heard from little in news coverage.

According to Weffer, faced with the current crisis of freedom of expression, journalism is regaining the confidence of the population thanks to the work of independent digital media such as Efecto Cocuyo, a site that she founded together with Luz Mely Reyes and Josefina Ruggiero in 2015. But also thanks to other sites such as El Pitazo, El Estímulo, RunRunEs and Armando.Info that use the internet as a tool against censorship.

"Today, journalism is more important, more necessary than ever. And this is serious. It’s not enough to read a Tweet, a post on Facebook, to be aware.  The fight for information and misinformation is real, bloody and with devastating effects," Weffer said. "That is why journalists need to win the trust of the people again, we must put people at the center of the debate, we are at their service and not the other way around."

This mission becomes more difficult with the precarious situations in which journalism is carried out under the Chávez regime. According to the NGO Espacio Público, on Feb. 23 alone, there were 20 assaults on and restrictions to journalistic work. Adding to this is the fact that Venezuela is one of the few countries in America that does not have access to information laws.

"In Venezuela it is no longer possible to sit down to read a newspaper with a cup of coffee on a Sunday morning, because there are no newspapers, there is no coffee and, above all, there is no media outlet that creates a diverse public opinion," Weffer said.

"In the case of the journalists, also it must be added that they do not do their job from the comfort of an office with air condition. They go out every day to risk their lives. And it is not an exaggeration to impress you. The danger is real,” the journalist later added.

The journalist, who has received recognitions such as the Maria Moors Cabot Award from Columbia University and the Transparency International Latin American and Caribbean Investigative Journalism Award, also warned of the risks of polarizing journalistic work and of journalists trying to battle a government with disqualifications and insults.

Weffer warned about the risks of using journalism for political struggle, which she said can lead to polarization.

"Journalism is so generous and wonderful that it gives you the tools so that you can dismantle the vileness of power through an investigative report or through a crónica, through an article," she later said.

The team of Efecto Cocuyo is made up of 20 people, of which Weffer is the only one living outside of Venezuela. The collaborators are mostly millennials who have lived under the censorship of Chavismo all their lives. Therefore, facing a possible regime change in Venezuela, Weffer has spoken to them about the importance of not losing the focus of being a counterweight as journalists to whoever is in power.

"I tell them: 'It can never be forgotten that you are a counterweight,” she concluded.