This 2020, InSight Crime celebrates 10 years reporting on the ground and conducting journalistic investigations in the most dangerous places and about the most violent criminal gangs in Latin America. 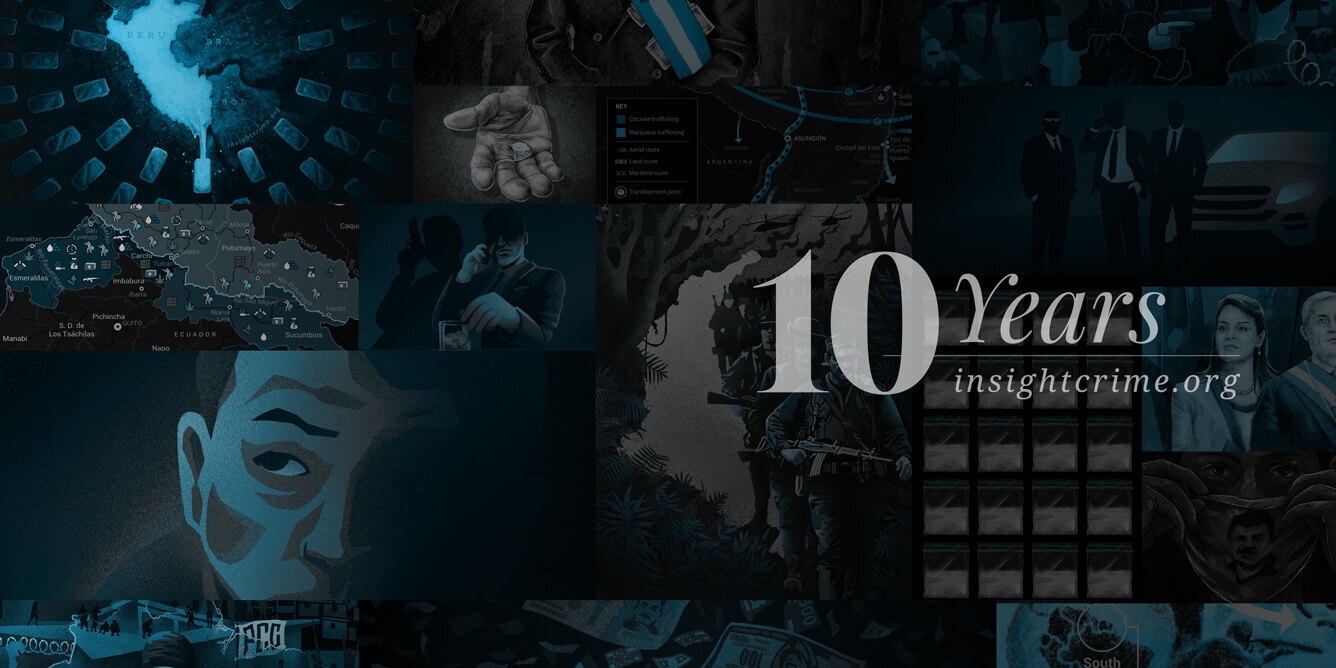 InSight Crime is a hybrid organization, “part media, part think tank and part academic research institution,” as the founders describe it. Its focus is organized crime that runs through much of the Americas. In its decade of operation, it has redefined the way in which international coverage is done in the region.

“This isn’t something you can do from a distance, from afar, you have to be on the ground, and we are on the ground,” said co-founder and co-director Steven Dudley in a videoconference celebrating its 10 years.

InSight Crime journalists and investigators have covered, in English and Spanish, how organized crime has evolved into a modern form of slavery and is one of the causes of displacement of people in Latin American countries. They have also investigated the systematic violence against migrants between Central America and Mexico and the impact of the legalization of some drugs in some countries of the region. In addition, they have covered the human and economic cost of criminal activities in Mexico.

One of its most recent investigations of great impact was "The Invisible Drug Lord: Hunting ‘The Ghost.’" The six-part investigation was conducted over several years between Colombia and Spain and deals with the rise and subsequent exile of the former drug trafficker and leader of the fearsome paramilitary army of the United Self Defense Forces of Colombia (AUC, for its acronym in Spanish). This investigation won the Simón Bolívar National Journalism Prize of Colombia in November 2020.

InSight Crime began with a group of five people, on Dec. 1, 2010, in Medellín, Colombia. Dudley, an American reporter, and Jeremy McDermott, a British journalist, launched their website with analysis and profiles of criminal groups, personalities, countries and initiatives on security in Mexico and Colombia. Its main offices continue to be in Washington D.C. and Medellín.

The lack of daily coverage and investigative and analytical journalistic reports in the region's media ecosystem was what led them to make a proposal to Open Society Foundations, according to the organization's website. At that time, they had the institutional backing of the Colombian organization Fundación Ideas para la Paz (FIP).

“There is a strange dichotomy in today’s world, one in which we have access to vast amounts of information and yet have very little of the information we need to make decisions and strategies on how to combat the paramount problems of our day,” they wrote in the first proposal in 2010.

In the beginning, they began by writing between three and five articles a week on captures and seizures, analyzing in greater depth the operation of criminal groups and their development. They did an analysis on the guerrilla Revolutionary Armed Forces of Colombia (FARC), and also on the dizzying expansion of an emerging criminal organization at that time, Los Zetas, in Mexico.

“What we're trying to do is combine the best of the information that's available to us and present the best in a most complete and nuanced picture of organized crime, the way that works, and hopefully also doing a very clear-eyed evaluation of state efforts to deal with organized crime,” Dudley recently said in a talk to journalism students at the University of Texas at Austin.

In 2012, InSight Crime became a foundation with the backing of the Medellín Chamber of Commerce. That year, it also began to do an annual analysis based on the team’s investigations, on the advances and mutations of organized crime in the region that tries to identify patterns and trends. This analysis is presented each year under the name “Game Changers.” The 2020 edition will be published at the end of this year.

Its website in Spanish launched in 2014, to strengthen its impact with the Latin American audience.

According to InSight Crime, between 300,000 and 400,000 readers access its material on its sites and social media each month. Most of those readers are located in Washington, D.C. and other capital cities, it adds.

Dudley and McDermott have a training process to recruit journalists that can last up to a year. They usually summon young journalists who have just graduated from an undergraduate or Master’s program. They train them to work in hostile environments, in first aid, in interview techniques, in this mix of journalism and academia. Those who survive and want to stay are the ones who ultimately stay at InSight Crime, McDermott said in the anniversary videoconference.

They always do a risk analysis before reporting somewhere. They never go somewhere without someone local accompanying them. When it is necessary to go to a high-risk place, they do it for a few hours. "Safety is without a doubt one of the most important things to us," both for his team and for his sources, McDermott said.

This year, the COVID-19 pandemic has made their investigative and reporting work more on the ground more difficult, according to Dudley, but they have established the necessary protocols for those who have to go to the street to report. "It's not the same, it's been definitely difficult," Dudley said.

In the future, they will expand their spectrum of investigations, delving into crimes related to the environment, the consequences of which often accelerate the destruction of the environment at different levels, according to Dudley. They will also analyze the role of women in organized crime groups.

“We didn’t expect to have 50 people working for us, we didn’t think we would be doing projects in 17 countries in a single year, which is what we did last year, we didn’t think we could have staff that speak a half dozen languages, and that were operational in more than a dozen nations,” Dudley said.. “All of these things we could’ve never predicted, but I guess, if we were going to look to the future and we could predict one thing, that is that organized crime is going to be with us… and we definitely will be there as well”.