Journalist cooperatives in Brazil: Managing themselves and staying afloat

In 2022, the two oldest cooperatives of Brazilian journalists still in operation will complete 15 years of uninterrupted activity: Tribuna Independente and Portal Desacato. The achievements, worthy of celebration, happen with a daily dose of resilience and a financial effort from journalists who found in self-management a solution to survive in the market.

Tribuna Independente, from Alagoas, in northeastern Brazil, was born when the newspaper Tribuna de Alagoas closed its doors in early 2007. The 157 workers, including journalists, press workers and administrative staff, had not received wages for three months. They started a labor strike, camping out in the newspaper's newsroom and printing plant.

Over time, the movement realized that the owners would not bother to pay off the labor debt, around R$9 million [around USD $4.3 million at the time], and decided to take over the newspaper's operations. The use of the facilities and machinery was negotiated with the former owners. The Cooperative of Journalists and Graphic Artists of the State of Alagoas (Jorgraf, by its Portuguese acronym) was born. The first edition of the co-op newspaper ran on July 10, 2007. 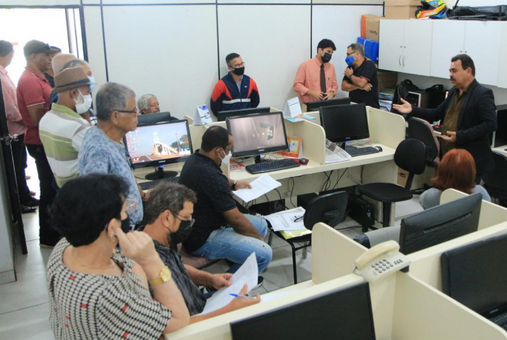 "They [owners] left and we went in, we stayed inside the newspaper. We spent two months inside the newspaper, having meetings every day, sleeping there. And we realized that there was only one solution. Now that we are here, let's get the newspaper rolling, to make money, because everyone is in need," Jorgraf's CEO Paulo Gabriel told LatAm Journalism Review (LJR).

When the main competitor in the local market, Gazeta de Alagoas, started publishing only one print edition per week in November 2018, Tribuna Independente became the only daily print newspaper in the state of Alagoas. Today, the cooperative has 27 journalists and 27 press workers, in addition to three contract employees. It has an annual revenue of R$4 million [USD $757, 676] and prints 4,600 newspapers per day. In addition, it maintains the digital version on the web.

In the case of Portal Desacato, from Santa Catarina, making ends meet is an even tighter challenge. The news outlet started as a weekly digital magazine, but became a website that is updated daily. Today, the portal broadcasts a daily news bulletin, transmitted on YouTube, and covers mainly politics and culture.

"We had no expectation of lasting more than 50 or 60 days. It was more of an angst release for some young people, so they could post their texts, and read what we wrote," journalist Raul Fitipaldi, one of the founding members of the co-op and its director today, told LJR. "It turns out fate played a strange trick on us. Journalists and writers began to appear, and we grew unexpectedly. In a short time, we were no longer a weekly magazine, but a daily one.”

Portal Desacato will celebrate 15 years of existence on Aug. 25, although the establishment of the cooperative as a legal entity was completed only five years ago. There are 18 co-op members and more than 50 volunteer collaborators.

Live morning news broadcast on YouTube is one of the main products of the Desacato Portal. (Photo: Screenshot)

Special events and projects bolster cash on occasion, although the COVID-19 pandemic has impacted the delivery of live, in-person activities. The 15-year anniversary celebration will be one of the first events after the pandemic.

"We don’t have a chance, and we have no peace because we cannot invest," Fitipaldi said. "It is not possible to figure out our reality only with reader support, only with the unions. There is not the slightest possibility (...) We have a monthly deficit of R$2,000 [USD $400]."

Managing themselves to stay afloat

Cooperatives are non-profit organizations made up of groups of workers from the same or similar categories who join together to perform an economic activity, which can be the production of a good or the provision of a service. The general assembly, in which all members have the right to vote, is responsible for making decisions.

The cooperative model, whose main characteristic is labor self-management, is still little explored by Latin American journalists, with the exception of Argentina. The Map of Communicators' Cooperatives, from the Platform Cooperativism Observatory, lists 37 journalistic cooperatives in six countries in South, Central, and North America. Twenty-nine of them are Argentine.

Argentina became a special case due to the political-economic crisis that culminated in the resignation of President Fernando de la Rúa in 2001 and which led to several company bankruptcies in the following years. Cooperatives became an option, encouraged by the state, to maintain the jobs that would otherwise be lost. Thus, newspaper companies rescued by workers became a relatively common phenomenon in the country.

Professor Rafael Grohmann, from the Unisinos communication department and Digilabour coordinator, studies cooperative models in the communication area and researched the case of Tiempo Argentino, a co-op that arose to take over the news outlet after the owner stopped paying salaries.

"Brazilian journalists don't have the culture of cooperativism to take these initiatives forward. People don't know that there are journalists' cooperatives, that this is possible," Grohmann told LJR. "We need to include this more in journalism schools."

Another aspect of a co-op that presents a challenge is the hierarchical nature of a newspaper organization, with a well-defined line of command, whereas in a cooperative the members have equal decision-making power. "You can't decide in a meeting what the headline is going to be every day. You have to have someone in charge of that," Grohmann said. 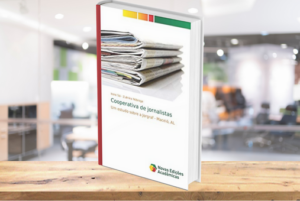 "The initial challenge [in a cooperative] is for people to embody that sense of belonging. The relationship is no longer one of employee and boss," researcher Irene Sá, author of the book Cooperative of Journalists, told LJR. "The journalist's function is no longer limited to writing a text, taking a photo and editing. You adopt more roles there."

The research dealt with the case of Tribuna Independente and analyzed the cooperative in three aspects: organizational, financial and productive. "What we realized is that the cooperative is also very close to a traditional [communication] company. In the case of Jorgraf, the sources of income are subscriptions and advertising, as happens in more traditional news outlets," Sá said.

Along the same lines, Professor Zulmira Nóbrega, coordinator of the journalism course and journalism post-graduate course at UFPB (Federal University of Paraíba) and co-author of the study, points out that what is at stake in a co-op is the survival of the professionals through the maintenance of their jobs. "It's not a way to get rich," she told LJR.

The journalists who are part of Mídia Caeté, a cooperative of journalists founded in 2019, are clear that they will not become rich, although they have the ambition to at least make a living from journalism. That, however, is still far from being achieved.

Mídia Caeté, also located in the state of Alagoas, emerged in a moment of crisis in the local journalism market: journalists had gone on strike when faced with the proposal by major companies to reduce a journalist's base salary by 45% [In Brazil, many professions have a specific minimum wage which varies by state]. The lack of agreement led to a strike and mass layoffs. And eight journalists who had lost their jobs decided to stay in the profession by creating a cooperative.

"We saw that the model of journalistic work for companies has run its course, because it subjects us to precarious working conditions and work overload. So we created an organization that would actually be independent, that would practice professional journalism," journalist Wanessa Oliveira, one of the co-op members, told LJR.

Timing, however, did not favor Mídia Caeté. Less than a year after the creation of the cooperative, the COVID-19 pandemic further reduced the meager possibilities for funding. Participation in a journalism accessibility project is their main source of income. As a result, almost three years later, the news outlet generates no revenue and none of the cooperative journalists can afford to dedicate themselves 100% to the project.

Despite the limited conditions, Mídia Caeté produces journalism with local and national impact. A hard-hitting feature story showed how four neighborhoods in the city of Maceió are sinking allegedly due to mining-related activities and the lack of transparency of the responsible company with residents regarding compensation agreements. The news outlet also showed how the then candidate for chair of the House of Representatives, Arthur Lira, consolidated his power by controlling key positions in the legislature and distributing budget amendments to allies.

Despite being non-profit organizations, co-ops suffer from many of the difficulties that traditional journalism companies face, and which lead to bankruptcies and closure of news outlets. Researcher Grohmann believes that these cooperatives could look more toward a broader movement of digital cooperativism, in which technology is central to the business model.

"Journalist co-ops were born at odds with creating a new world inside an existing one. (...) [But] they are still very analog: print newspapers, radio, static websites," Grohmann said. "Therefore, they become dependent on other platforms, on big tech, and can't go beyond managing their own survival.”