Glenn Greenwald, co-founding editor of The Intercept Brasil, said on June 25 that Justice Minister Sergio Moro is trying to "intimidate and criminalize" his journalistic site in his declarations about a series of recent reports.

The journalist participated in a hearing at the Human Rights and Minorities Commission of the Chamber of Deputies, in Brasilia, at the invitation of commission deputies.

Greenwald spoke about the reports and the repercussions of the series, which since June 9 has published private conversations The Intercept attributes to prosecutors in Operation Car Wash (Operation Lava Jato) and of the former judge and current minister. In partnership with The Intercept, on June 23, newspaper Folha de S. Paulo began to publish reports based on material obtained by the site. 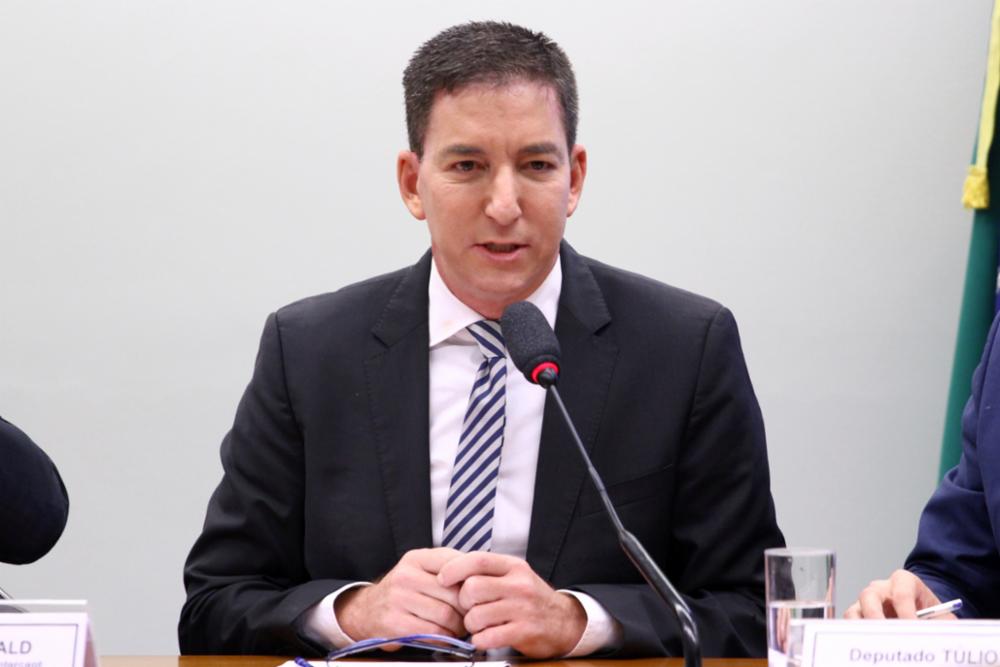 The reports from The Intercept about the conversations point to alleged collaboration between Deltan Dallagnol, prosecutor and coordinator of the Car Wash task force, which investigates corruption schemes in Brazil, and Moro, who judged proceedings of the operation. Under Brazilian law, the "counseling" of the judge to any party, prosecution or defense, is forbidden in a trial.

The Intercept said it received files with the private messages from an anonymous source. In his first statement on the reports, on June 10, Moro stated in his Twitter profile that the "alleged messages" were "obtained by criminal means." On the 14th, the minister referred to Intercept as a "site allied to criminal hackers."

At the hearing in the Chamber, Greenwald was questioned by deputies and spoke of the threats that he, his family and the Intercept team have received since the publication of the reports. However, according to him, "a much more serious threat" are Moro's statements, which he believes are trying to intimidate the website team and criminalize their journalistic work.

"All the time Sergio Moro is calling us allies of hackers, trying to say that we had involvement in trying to get the documents. He already was denounced by many organizations whose purpose is to defend freedom of the press, because the intention of Sergio Moro is very obvious: he is trying to threaten us, intimidate us, to criminalize us," the journalist said.

According to the newspaper Folha de S. Paulo, the minister "says he does not recognize the authenticity of the messages obtained by Intercept and denies having committed illegalities in the conduct of Car Wash."

Greenwald said the website team spent weeks checking the authenticity of the material. He also commented that, in closing the partnership with Folha for the publication of news reports on the messages, the newspaper carried out an independent investigation into the authenticity of the material and "did not detect any evidence that it could have been tampered with," according to Folha . "Reporters, for example, have found several messages they themselves exchanged with the task force in recent years," the newspaper said, cited by Greenwald at the hearing.

The journalist also cited the Brazilian Constitution and its guarantee of freedom of the press and source confidentiality. Greenwald, who is from the U.S., also said he does not intend to leave Brazil, where he has lived for 15 years, and that he trusts the country's institutions to protect and defend the free press.

Greenwald, his family and part of The Intercept Brasil team have been the target of online threats since the first report of the series was published, according to the Committee to Protect Journalists (CPJ).

The threats of death and violence received by Greenwald and his husband, federal deputy David Miranda from the Socialism and Liberty Party (PSOL, for its acronym in Portuguese) of Rio de Janeiro, "contained substantial personal and private information" about the journalist and his family, even mentioning their children and dogs, he told CPJ.

Leandro Demori, executive editor of The Intercept Brasil, told CPJ that he has received dozens of threats online after the reports were published. "We get physical threats, such as people writing 'I am going to cut your stomach open with a knife' or 'The hunt is on' but you never know if it is real or just to frighten you," the journalist said. "We are monitoring these profiles and trying to identify patterns. We have taken more protective measures, including physical ones. It is controllable right now, but we are worried."

“The Brazilian authorities must ensure respect for the confidentiality of journalists’ sources, which is guaranteed by Brazil’s constitution, must protect The Intercept Brasil’s journalists and must investigate the serious threats received by Glenn Greenwald and his family,” said Emmanuel Colombié, head of the Latin America bureau for Reporters Without Borders (RSF, for its initials in French), in a noted repudiating the attacks disclosed by the organization.

“Attacks on the credibility of a media outlet after it is has revealed information in the public interest that is compromising for the government are sadly frequent in Brazil and are clearly designed to deflect the public’s attention from the content of the revelations,” Colombié said. “In this unprecedented case, they are all more serious for having been accompanied by threats against the lives of journalists and a wave of absolutely disgraceful homophobic and xenophobic insults.”

The Brazilian Association for Investigative Journalism (Abraji) has also issued a statement denouncing the attacks on Greenwald and The Intercept. "Attempts to intimidate and silence an outlet are actions typical of authoritarian contexts and can not be tolerated in the democracy that governs the country," the organization said. Concerning Moro's statement that The Intercept is a "site allied to criminal hackers," Abraji said it was "a worrisome manifestation of a minister who has already issued a number of public statements regarding the role of the press and freedom of expression" .

Hours after the release of the note by Abraji, Moro canceled his participation in the organization’s 14th International Congress of Investigative Journalism, where he would have been interviewed in a panel on June 28. He claimed "scheduling reasons," Abraji wrote on Twitter.

The minister was in a Senate hearing on June 19 and said there was "a criminal group" behind the obtaining and disclosure of messages exchanged between prosecutors and him, as reported by Agência Senado. Like Greenwald, the minister also was invited to speak at a hearing in the Chamber, but canceled his presence claiming a trip to the United States, according to G1. According to O Globo, Moro rescheduled his appearance in the Chamber for July 2.

The Knight Center contacted the Ministry of Justice to hear from Minister Sergio Moro, but received no response as of this post’s publication.