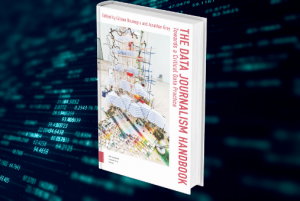 Nine years later, a new book in the ‘The Data Journalism Handbook’ series makes a critical assessment of data journalism, with case studies and academic research.

In its more than 50 chapters, Latin America is represented in eight, through case studies, best practices and academic research. In this article, the LatAm Journalism Review (LJR) provides a brief summary of the chapters produced by fellow journalists from Latin America, as the book does not have versions in Spanish or Portuguese.

Behind the scenes of data journalism

Some of the most interesting articles for journalists who use or intend to use data in their daily lives are those that cover the work done behind the scenes for reporting based on data and that can serve as inspiration or models for other reports. 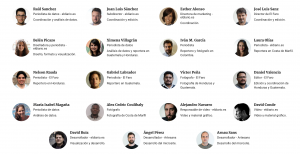 One of them deals with the transnational investigation La tierra esclava (Slave land), a partnership between Salvadoran site El Faro and Spain’s El Diario. The series of reports, which took a year to complete, revealed illegal business practices, sustained environmental damage and conditions analogous to the slavery of workers in agro-industries in developing countries.

“This work would not have been possible without the data, it was the data that proved the phenomena that were investigated. They were not unknown issues, but it was the first time that it was possible to verify a pattern of conduct on the part of those guilty of environmental damage, labor exploitation, land theft or tax evasion in large crops,” Ximena Villagrán, one of the 19 members of the multidisciplinary team that produced the series, told LJR.

Villagrán explains the background of the work in the chapter “From Coffee to Colonialism: Data Investigations Into How the Poor Feed the Rich.” Starting with the identification of the governmental institutions that had the data, to obtaining and processing it, the team developed research hypotheses that were eventually proven in the fieldwork.

“I think the most important thing was to be able to transmit this data with explanatory texts, crónica, stories of those affected and clear and simple visualizations integrated into the web narrative that allowed a better understanding of the phenomena,” Villagrán said.

In the chapter “Multiplying Memories while Discovering Trees in Bogotá,” Colombian journalist Maria Isabel Magaña tells how she developed an interactive platform to map all trees in the Colombian capital.

The most difficult thing was getting the data. Despite repeated requests under the Colombian law on access to information, the body responsible for the data refused to provide all the information in a unified manner, according to Magaña. Altogether, Bogotá has 1.2 million trees mapped, but the official platform allows only 10,000 records to be downloaded at a time. With that, Magaña had to rely on the good old journalistic resource of getting to know the right people.

In addition to data, visualizations and other resources, the project also takes the opportunity to engage the public, inviting it to share stories.

“It was very nice and active. We find stories that are beautiful and that help us remember that before we are data analysts, we are storytellers. These experiences are the only ones that give meaning to the data and the analysis. It was very exciting to learn personal stories of similar trees and the impact that a silent giant has on people's lives,” the journalist said.

Public participation has also been a resource widely used by journalists from Argentine newspaper La Nación. In the chapter “Making Data With Readers at La Nación,” journalist Flor Coelho tells the background of the newspaper's investigations in which readers actively participated, collaborations that were fundamental for the final works.

“In such projects often our goal is to tackle the ‘impossible’ by using technology to facilitate large-scale collaborations, enabling users to engage with investigative journalism and the process of making official data public,” Coelho wrote.

This was the case with the analysis of 986 hours (or 41 days) of wiretapping of Alberto Nisman's investigation into the attack on the Asociación Mutual Israelita Argentina in Buenos Aires, which killed 85 people in 1994, in which 120 volunteers assisted the journalists.

Coelho recommends starting with large databases, as the learning curve is fast and participants feel they have a reason to participate in something with potential. She also claims that collaborations like this require the approach of a dedicated journalist to manage the world of the readers.

“When we won an award related to these collaborative projects, we hosted a breakfast to share the prize with the volunteers. These are long-term relationships with your readers, so we made sure to dedicate time and energy to meeting up at events, visiting universities, giving interviews for student projects and so on,” Coelho wrote.

“The Data Journalism Handbook: How Journalists Can Use Data to Improve the News” can be downloaded for free here.