When she was 48 years old, Brazilian journalist Miriam De Paoli started to feel different. Menstruation became irregular, tiredness increased, among other symptoms. "That's not me," she thought. A hormone test gave the diagnosis of perimenopause – a period when the body is already showing signs of approaching menopause.

It was a scare. She was active, with a small daughter, had a full list of projects and did not feel "menopausal.” "I came to the conclusion that I did not know anything about menopause. I am a journalist, I consider myself quite well informed on most matters, except on how I was going to spend the last third of my life," she said in an interview with LatAm Journalism Review (LJR). 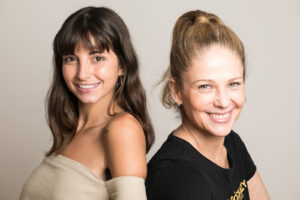 The diagnosis was the trigger for De Paoli to create No Pausa (No Pause) in May 2019. The website, in Portuguese and Spanish, aims to raise awareness and inform about the climacteric, a period that includes pre-menopause, perimenopause, menopause and postmenopause. In other words, the site aims to talk about this whole stage, which lasts more than a decade.

Currently, women are considered to spend at least a third of their lives in the climacteric due to increased life expectancy. The World Health Organization (WHO) estimates that more than a billion women will be postmenopausal in 2030.

Technically, menopause is the day that a woman completes a year without menstruating. It usually occurs between 45 and 55 years of age and marks a new cycle of female life, with the transition to the non-reproductive period.

"We say that women are in menopause, but menopause is only one day of their life. We continue to make a whole stage invisible, which is as full of changes as puberty. According to a WHO study, 75 percent of women reach this stage without having enough information to go through it in a healthy way and, more importantly, without ceasing to be who they are because of the climacteric," explained De Paoli, who is currently 50 years old.

From the beginning of No Pausa, she was joined by Argentine journalist Milagros Kirpach, 26 years old. The two friends met for coffee in Buenos Aires, where they live, and De Paoli talked about her idea of creating a website. Kirpach embarked on the project and became a co-founder.

"Milagros told me: 'this is absurd, I'm a woman, I'm going to enter menopause [one day] and I don't know anything about it, my mother never mentioned it to me, and 90 percent of my friends also have no idea what's going to happen to them. That's why No Pausa has an intergenerational viewpoint. Our idea is to inform those who are going through it, to support those who have gone through it and to prepare the new generations that will enter it," De Paoli said.

No Pausa seeks to fill this lack of information, treating the subject without taboos and in a way that empowers women. The project's name shows that menopause need not be an interruption. "In the collective unconscious, menopause is synonymous with the end, old age, nothing further from the reality of a woman who goes through menopause in the 21st century. We wanted to give a new meaning to this stage of life," De Paoli said. 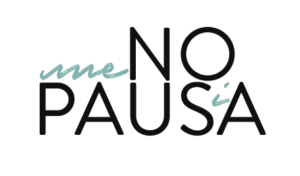 Logo of No Pausa.

According to her, the theme is considered by the feminist movement as "the last great taboo." De Paoli says that all people born with a uterus, including trans men, will go through menopause. And, because it is a phenomenon that affects so many people, it should be further studied. "It’s as if we women, from the moment we no longer have the ability to reproduce, are no longer a reason for study and concern for medicine and society," she said.

The journalist says that, since life expectancy was lower, the percentage of the population living in the post-menopause period was small, but now this situation has changed and there is no longer any justification for neglecting the issue.

"We need information to know the supplements we have to take, how to take care of our health, because it is during this period that we begin to develop in our old age,” she said.

According to De Paoli, there are more than 30 different symptoms that women can experience in the climacteric, such as the famous hot flashes. There is also an increased risk for diseases such as osteoporosis and heart problems. It is common, for example, for sleep to become lighter, for tiredness to increase, for mood swings to intensify and for the vagina to lose lubrication.

Sex in this period is one of the most silenced points. It is taboo within taboo, as described by De Paoli. "Have you ever heard of someone talking about non-reproductive sexual health? And do you think that a woman like Jennifer Lopez, who is 51, Gwyneth Paltrow, who is 48, are going to hang up the boot? No," she said, adding that these are topics frequently addressed by No Pausa

Fifteen months after the launch of No Pausa, the site already had 50,000 visits, 200 published articles, 70,000 followers on social networks and about 300 direct messages per week. As part of the project, journalists from No Pausa publish columns in the magazines Marie Claire Argentina, Vogue Brasil and the newspaper El País Uruguay. 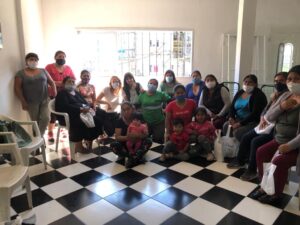 The founders currently work on a voluntary basis for No Pausa – De Paoli has kept, since the beginning, her work as an institutional communication consultant. But the project today already has enough revenue to pay its main costs, with design, website maintenance and SEO, for example. To support itself, No Pausa signed contracts for the creation of content with brands and NGOs and is now seeking international funding.

In addition to the published content, De Paoli plans to do "the first major climacteric survey in Argentina" and then in Brazil. No Pausa also runs workshops for women in vulnerable situations in communities in Argentina. The training just hasn't arrived in Brazil due to the pandemic, the journalist said.

The workshop, which is in its third edition, consists of four meetings and gathers between 10 and 35 women, over 40 years old  – with the pandemic, the groups needed to be smaller, in order to respect social distance. The journalists make an introduction about the climacteric, then discuss topics such as nutrition, health and sexuality. In the end, they bring in a doctor to clear up any doubts.

For the workshops, No Pausa formed partnerships with companies, so the journalists bring bags with hygiene products, healthy food, lubricants, vitamin C or D, as well as a notebook for the participants to take notes.

"When we talk about climacteric, we also talk about inequalities in access to health, because a woman who needs to stand in line for four months in the public system to get an appointment and a middle class woman who talks to her doctor regularly are not the same. Seeing these differences, we decided to create the workshops. And it's very interesting, because women feel important [with this work].”