“Our own global warming ‘phony war’ is over. The hot war is here,” said veteran U.S. journalist Bill Moyers at a conference in April, when he compared the importance and urgency of journalistic coverage about the climate crisis to coverage of WWII.

The conference in New York, brought together journalists and media representatives to discuss how to cover “climate change in a 1.5-Degree world.”

This is how much global temperatures are expected to rise between 2030 and 2052 in relation to pre-industrial times, according to a report released in October 2018 by the United Nations Intergovernmental Panel on Climate Change (IPCC). This is global warming caused by human activity, the impact of which has already been felt in the increasing frequency and intensity of extreme weather events around the world, for example, the report says.

With this urgency, a global alliance aims to place the climate crisis at the center of journalistic coverage of more than 200 media outlets, including newspapers, websites, radio stations, TV channels and podcasts in the coming weeks and beyond.

At this point, Covering Climate Now, led by The Nation and Columbia Journalism Review (CJR), has six Latin American partners – and hopes other media in the region will want to join the alliance.

“When the IPCC scientists issued their 12-year warning, they said that limiting temperature rise to 1.5 degrees Celsius would require radically transforming energy, agriculture, transportation, construction, and other core sectors of the global economy. Our project is grounded in the conviction that the news sector must be transformed just as radically,” wrote Mark Hertsgaard, environmental correspondent of The Nation, and Kyle Pope, editor-in-chief of CJR, in an article published in The Nation in April.

The alliance that has been forged since then anticipates that all media partners will commit to publishing the equivalent of one week of content on climate change in the context of the UN Climate Action Summit to be held in New York on Sept. 23.

Hertsgaard, coordinator of the initiative, told the Knight Center that at the start of the project, the focus was on the U.S. press. “We were pleasantly surprised when so many non-U.S. outlets began to contact us and say ‘Hey, we want to be part of this, too.’”

“It’s not too late for outlets to participate,” he said. Interested news outlets and professionals can contact them through the emails editors@cjr.org or coveringclimatenow@cjr.org.

“The issue of our age”

Tania Opazo, editor of interactive narratives at the Chilean newspaper La Tercera, told the Knight Center that she was impacted by Moyers' speech and quickly contacted the project organizers.

She said she had already been thinking of strengthening the newspaper's climate coverage as well because Chile will host the UN Climate Change Conference, COP 25, in December of this year –  which the country took on after Brazil gave up hosting the event, as directed by current President Jair Bolsonaro.

“It is very relevant, especially in today's times, that the media be able to work in a coordinated manner, no matter where we are in the world,” Opazo said about the project. “And this is the issue of our age. This is the news of our time and each of us has to do the best work possible to take it to our audiences in our respective countries. And I think we have a lot to learn from each other.”

In addition to reports in the online magazine Qué Pasa, which covers the environment, science and society on La Tercera's website, the newspaper intends to publish a full edition of the print newspaper dedicated to the climate crisis in the coming weeks. In this issue, all reports will be on the topic, from the perspectives of each section of the newspaper.

“I believe that this will be a significant starting point for journalists and publishers alike, to raise awareness that everyone, from their own areas, can contribute and produce good coverage on the issue of climate crisis. It's just that they keep in mind, that they are thinking about it, because a lot is happening, from the economy, from politics, from education. One can take it from all possible corners and the idea is a bit to plant that seed throughout the newsroom,” she said.

Another partner of the initiative, Costa Rica’s Ojo al Clima, has been devoted to addressing climate change from various perspectives since its founding in November 2015, journalist and co-founder Diego Arguedas Ortiz told the Knight Center.

“In 2015 it was already evident that this issue would require more attention in media outlets than it had,” he said. “We were pre-Paris agreement and people covered the subject a lot and I said ‘What happens after?’ Meaning, what happens when this coverage decreases.”

Ortiz then proposed to his bosses at Semanario Universidad, University of Costa Rica, to create a media outlet to concentrate and enhance climate coverage. “If you have a section or a media outlet or a radio program about climate change, you will have to search for the content for that, because that is the structure of the media. It was a way of forcing us to create more content about climate change.”

Regarding Ojo al Clima’s participation in the Covering Climate Now project, Ortiz said that someone might even think that an outlet that already covers climate change would not need to be part of an initiative focused on covering the issue. However, “just knowing that we are part of a global network of media that is giving importance to the subject makes you feel that you are not alone,” he said.

In Argentina, one of them is newspaper La Nación, where the core of data journalism, led by Momi Peralta, has tackled the climate crisis in conjunction with several newspaper sections.

“We start from the area of data journalism to find out what the metrics are and how to communicate the sense of the urgency of the climate crisis, very much in line with the decision that The Guardian made to start talking about climate crisis and not climate change. We realized that it was very well supported by evidence in the scientific community and that there was all this evidence of the urgency of working in this direction. I think we have an obligation to move this topic up in the discussion.”

Some say climate change is a topic that does not captivate audiences, as commented by Hertsgaard and Pope in the article in The Nation. For Peralta, however, this should not be the criteria for deciding to cover it.

“These are the issues that are important and we don't go for the rating, for the pageviews. The impact that interests us is to increase citizen participation and to have an impact is change,” Peralta said. “The media have to lift it. Moreover, what we want is for other media to join. We are interested in them joining, for things to change. That is the result and the impact.”

Solutions against the end of the world

One of the objectives of the Covering Climate Now project is also to foster the creation of new strategies for journalistic coverage of the climate crisis. In addition to the need to be grounded in scientific evidence from organizations with solid work on the topic, coverage should bring the issue closer to news consumers and move civil and political actors to mitigate global warming and deal with the effects of climate change, according to the members of the initiative.

“I believe that the level of transformation that the world requires the next 10 years to reach a viable path is not consistent with the level of political priority that the subject has now. And one way that citizens put more political pressure is to put the issue as part of the debate. That is what journalism can do: put the issue in debate and pressure people who are making decisions, ask them why they are not doing it,” Ortiz said.

To do this, it is important to bring the causes and implications of climate change to the day-to-day life of the news consumer, making concrete a theme that often seems abstract, he said. “Climate change will impact your home, health, food, it is already impacting migration. It is super concrete. The problem is that it has cost the media a lot, for many different reasons, to make that connection.” 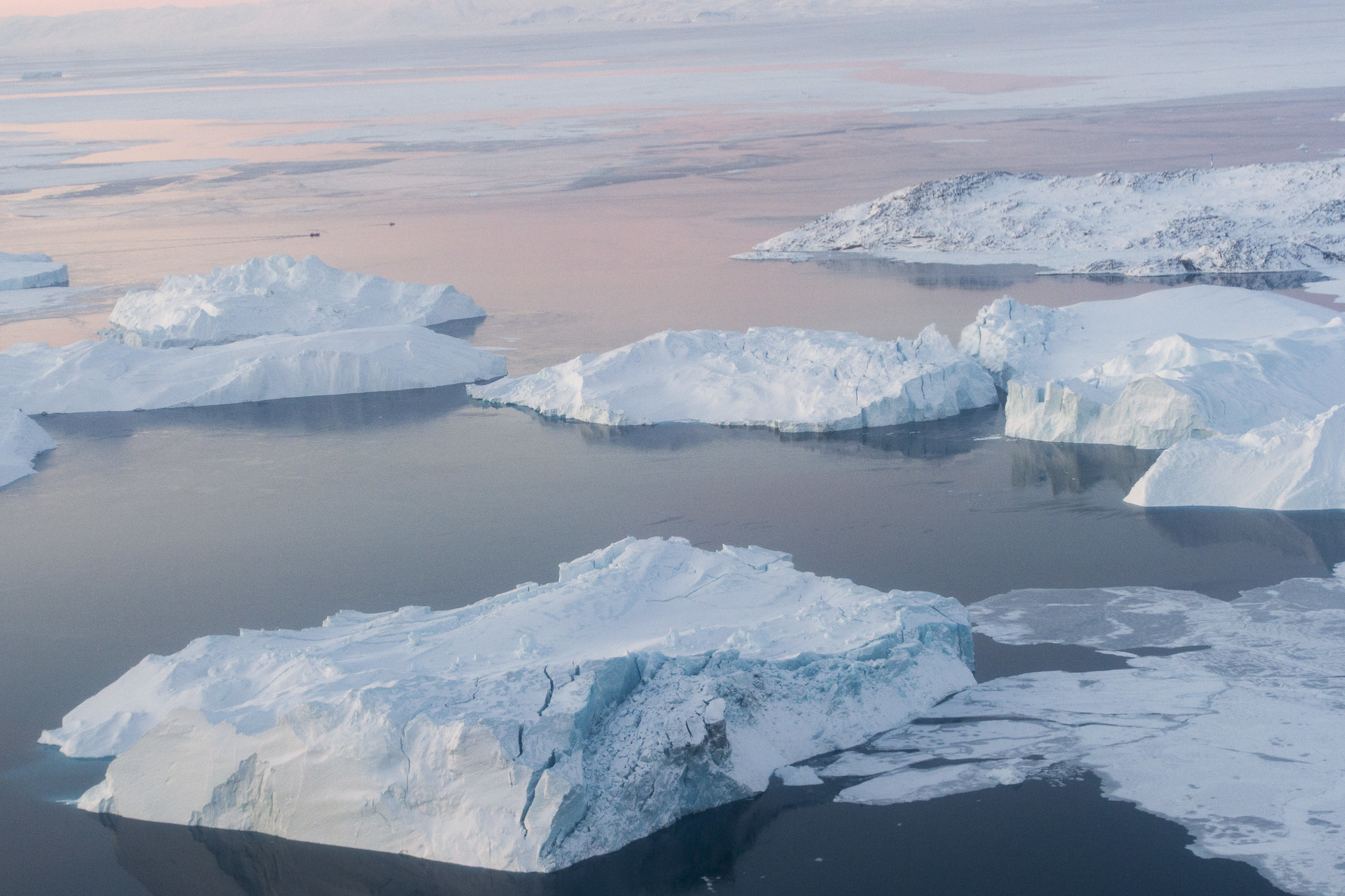 When this connection is made, however, it often presents a catastrophic and irreversible scenario, uninviting to the actions that can transform it, Opazo commented.

“The big problem is how to invite readers to reflect, to show them the critical situation in which we find ourselves, but also present hopeful scenarios,” she said, adding that the special edition of La Tercera about the climate crisis will not be “the newspaper of the end of the world, but the paper on how this is the moment for us to do something.”

Making the problems concrete, it is essential to present concrete solutions for them, said Hertsgaard, who has been dedicated to covering climate change for 30 years. And the solutions cover more than technological innovations for energy efficiency, for example.