Since the new Mexican president Andrés Manuel López Obrador began his already famous daily morning press conferences, where he answers questions from the audience and the press, journalists and their families are taking the opportunity to confront the leader concerning threats to themselves and the profession. 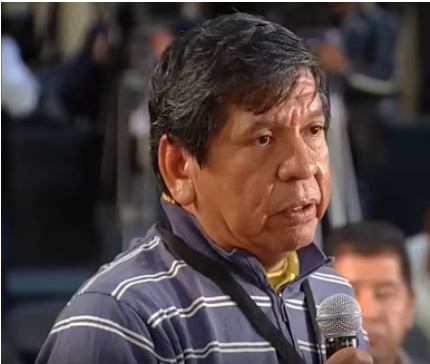 Recently, a journalist from the news sites "Tulum en Red" and "Quadratín," in Tulum, Quintana Roo state, told the president at one of his press conferences that the situation in that state is very serious, that there is a "climate of terror." As he told the leader, three of his colleagues had been killed within the past year and he himself is “threatened with death.”

Héctor Valdez mentioned that despite having the safeguard of the Protection Mechanism for Human Rights Defenders and Journalists, he does not feel protected.

Valdez said he fled Tulum on May 10, leaving everything behind, to reach Mexico City after receiving death threats. He also reported that he was the target of physical attacks by state police, alleging they were by order of the Secretary of Public Security of Quintana Roo.

"I was here (at the place of the president's press conferences) at six in the morning trying to figure out how to get in; I found out that they killed Francisco (Romero), who was my friend," Valdez said, addressing López Obrador.

"But they have already killed two of my friends too, one in Carrillo Puerto in July, and in June before the other, a friend too, in Playa del Carmen. In that area what happens is really serious, and I really tell you, in the first person. I am threatened with death," he said.

José Guadalupe Chan Dzib and Rubén Pat Caiuch, who both worked for Semanario Playa News, were killed in the state of Quintana Roo, in June and July 2018, respectively.

But Valdez is not the only journalist to appear in front of the president to ask for help with the deadly situation confronting the country’s journalists.

In early May, the son of murdered journalist Carlos Domínguez, who shares the same name and profession as his father, told the president that the mastermind of his father's death remains at large.

Dominguez, 77, was stabbed to death in his car and in front of his family, in broad daylight and in the center of the city of Nuevo Laredo, Tamaulipas state, on Jan. 13, 2018. The journalist from Nuevo Laredo, who worked independently, covered violence and political issues.

The son said his father was killed due to writing about alleged corruption involving the former mayor of Nuevo Laredo, who he said was being persecuted for other alleged crimes.

"I respectfully demand, as a son, justice for my father, President. It's all I ask, and it's legitimate. I need it as a journalist," said the CDMX Express reporter. In addition, he requested the intervention of the president so that the murder of his father does not go unpunished and that the case is seen at the federal level and not in Tamaulipas, where investigations have been going on for more than a year, without much progress. 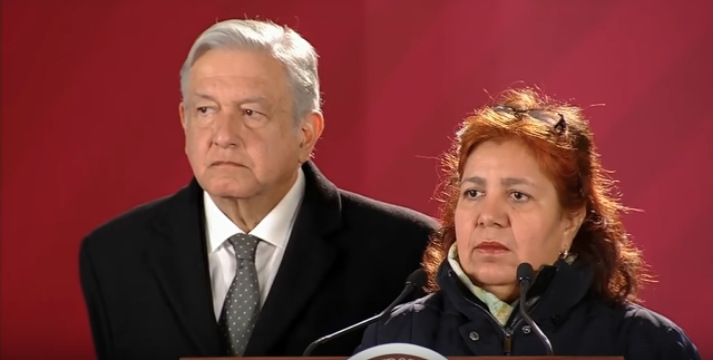 In this screenshot from the president's Jan. 25, 2019 press conference, Griselda Triana demands justice for her husband Javier Valdez who was killed in Sinaloa in 2017. (Govt. of Andrés Manuel López Obrador)

López Obrador responded to Domínguez’s son that the Secretariat of the Interior and the Attorney General of the Republic, Alejandro Gertz, would look at the request the same day.

Among the other demands that the Mexican president has received during his conferences is that of Griselda Triana, wife of journalist Javier Valdez, who was shot dead on May 15, 2017. She also demanded justice for her husband from the government of López Obrador at the beginning of January 2019, shortly after the president assumed office. Unlike Valdez and Domínguez, she was invited to the stage to speak and was presented with a private report from the Secretary of the Interior.

“It does not matter to me which criminal organization the order came from, what matters to me is that it is very clear, and also that the Attorney General, now the new Attorney General of the Republic, does it job, deepens its investigations, that it is very rigorous, very exhaustive and determines who gave the order to kill Javier. It is very clear that they killed him for his work, because they did not like what was published,” Triana said. “We demand truth, we demand justice and we demand punishment for the murderers of Javier, the material authors but above all the masterminds.”

In front of the president, the Secretary of the Interior, Olga Sánchez Cordero, responded to Triana that no line of investigation will be ruled out, nor will the murder of Javier Valdez or any other murdered journalist be forgotten.

These responses to threatened and slain journalists and their families are in contrast to the president’s criticism and treatment of other journalists and media outlets in the country, often offered at those same daily press conferences.

As noted by many, including the Committee to Protect Journalists (CPJ), the president uses terms like “conservative,” “neo-liberal” and “fifí” to criticize the press.

During one of his press conference in April, López Obrador harshly criticized the newspaper Reforma, one of the largest newspapers in Mexico. On that occasion, the leader questioned the newspaper's journalistic ethics and called it conservative after it published an article on strengthening of surveillance at the presidential house following threats the president received from a criminal organization.

In the article, the newspaper included the president’s address, information that the president himself said was public. However, he expressed his annoyance that it was published.

This is not the first time that López Obrador criticized the newspaper Reforma and its journalists.

According to Animal Político, the editorial director of Reforma, Juan E. Pardinas, said "this would be the thirteenth time that the president attacks the newspaper.”

After the president’s statements, the editorial director received numerous death threats and attacks on social networks by alleged supporters and sympathizers of López Obrador. At that time, the organization Article 19 of Mexico requested protection for Pardinas.

Likewise, the Mexican journalist from Univisión, Jorge Ramos, questioned the president at a press conference on April 12 regarding the 8,524 Mexicans killed during the leader’s first three months in office. López Obrador invited him to the stage to see his own figures, which did not correspond with those of Ramos, which he claimed were obtained from official pages. 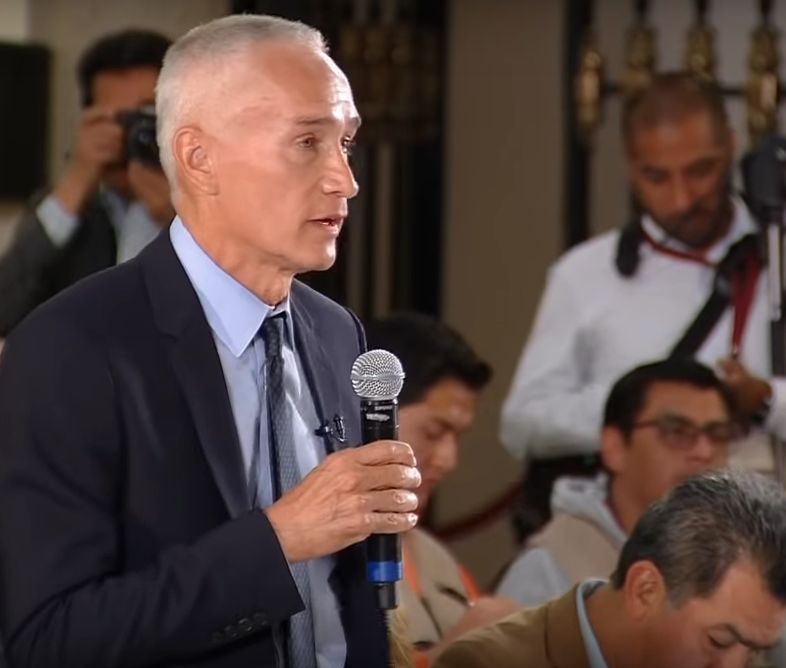 "They left us a country with a lot of violence because there was impunity and a lot of corruption, which is no longer there," López Obrador said in response. "We are going to solve the problem," he added.

During his time for questions, Ramos also told the president that discrediting the press and asking him to reveal his sources was a problem. This was in relation to the letter that López Obrador sent to the King of Spain and that Reforma reproduced in its newspaper, thanks to confidential sources. After its dissemination, the president asked Reforma to reveal its sources.

At the press conference, after saying that Reforma was a conservative newspaper and that it helped legitimize electoral fraud in 2006, López Obrador said that his government was going to guarantee freedom of the press. "We are never going to attack journalism," he said at the time.

After the press conference, Ramos suffered attacks on social networks. And in the press conference after that, the president commented on what was said by a columnist, regarding that only bad journalists (with the exception of Ramos) went to the conferences. López Obrador said before the silence of the attending journalists that day that they were not only good journalists but also prudent. “If you go too far, well, you know, right, what will happen,” he emphasized.

According to CPJ, the president clarified these statements the next day by saying that this did not refer to him, but to society, which would hold journalists to account if they unfairly criticize the government.

*The Knight Center tried unsuccessfully to communicate with the spokesman of the current Mexican government, Jesús Ramírez Cuevas.