Ahead of an election season that advocates anticipate will be dangerous for the press, two non-governmental organizations launched a network to make visible violations against journalists and communicators in Brazil.

On Aug. 31, the Vladimir Herzog Institute (IVH, for its acronym in Portuguese) and the NGO Article 19 started the National Network for the Protection of Journalists and Communicators. After three years of development, the network has an online tool for reporting attacks on journalists and communicators as a result of their professional activities. Once the complaints are received, the first step will be to give visibility to the complaints.

The network is the first to structure a channel for reporting and monitoring cases of violations for all press professionals and other communicators in Brazil.

“In our experience, we know of concrete cases of threats to journalists and communicators. And the mere fact that this episode was recorded by the press, that it was made known, made the aggressor intimidated and they did not make a new threat or did not carry out this threat through aggression," Giuliano Galli, IVH coordinator for journalism and freedom of expression, told LatAm Journalism Review (LJR).

In parallel, the network will also provide psychological and legal support for journalists and communicators who are victims of threats and attacks. The most serious cases will be referred to the police. 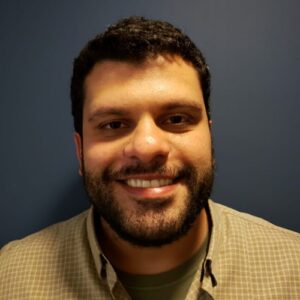 Giuliano Galli: ‘Although the number of violations is high, there is a very large underreporting.’ Photo: Courtesy

“In the medium and long term, our intention with this tool is [also] to have better data on violations of freedom of expression in Brazil. Because, despite the numbers being very high, and year after year this scenario gets worse and worse, we also know that there is a very large underreporting,” Galli said.

To reduce underreporting, the network was structured based on several other sectorial or local networks and organizations, with representation in the 26 states and the Federal District. These articulators also have the mission of actively searching for cases, in addition to those that are formally registered on the website.

“[Cases] of violations that were never stopped and were never disrupted. Of journalists and communicators who are constantly being threatened there, having to still work for their media outlets [while] dealing with a restriction of their freedom of expression. [...] We're going to have to do this work of going after it,” Galli added.

To do this, IVH has a partnership with Article 19, an international NGO that works to promote and protect freedom of expression. In almost ten years of operation in Brazil, the NGO has already acted in hundreds of cases of violations, which gives it technical experience in protecting journalists and communicators, in addition to a wide network of contacts with public and private organizations. 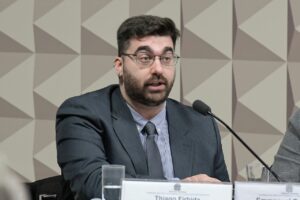 Thiago Firbida: 'No individual organization is able to handle all the cases that arise across the country'. Photo: Senate

“In fact, there are already several organizations and associations that carry out a support process for communicators at risk. Now, the important thing about a network like this is to articulate these initiatives, because what happens is that no individual organization is able to handle all the cases that arise across the country,” Thiago Firbida, protection coordinator for journalists from Article 19 South America, told LJR. “In the field of human rights activists, we have had a number of networks in Brazil for many years, but in the field of communicators we still did not have a broad network that would bring together all the profiles.”

Therefore, the network seeks to encompass not only professional journalists who work in a traditional media outlet but also popular communicators from favelas, radio journalists, bloggers, and others who work in the field of communication, providing information and content to the population.

"In today's Brazil, there are different types of communicators who are increasingly relevant and capable of establishing a dialogue with an increasing number of people, and have an impact, and yet they make these media outlets, these blogs, podcasts, feed networks in WhatsApp in a very intuitive, even amateurish way. Because, at no point in their career did they have any kind of training in communication or in journalism,” Galli said.

For this reason, in addition to the channel for registering and forwarding reports of threats, the network will also promote training and protection courses for journalists and communicators in Brazil, covering online security, physical security, and sharing of experiences. It will also coordinate campaigns and specific training related to situations where the risk of coverage is greater, such as elections, agrarian conflicts, and police violence.

“And in this election [of 2022] specifically, we have all the elements to believe that it's going to be very dangerous in that regard. Very violent, thinking about the news coverage. So, our mission is to get into a big dissemination cycle, until the end of the year. To carry out these training activities, which are also dissemination activities,” Galli said. "But, for next year, the goal is for us to be minimally consolidated as an initiative that people can count on and can turn to in cases of violation."