The feminist movement and discussions around gender equality that seemed to have gained a lot of ground in recent years have been held back by the COVID-19 pandemic and the health and social crises that it brought.

According to the Inter-American Development Bank (IDB), the pandemic delayed progress in women’s participation in the workforce in Latin America and the Caribbean by more than a decade. Women have also been the most economically affected by the pandemic, as well as by violence.

In this context, media have an obligation to work for not only greater representation in journalistic products, but also in their own newsrooms, as some experts said at the launch of a new journalistic guide.

With the aim of helping in this objective, the organization Women in the News Network (WINN) and the World Association of News Publishers (WAN-IFRA) launched the Spanish version of the Gender Balance Guide for media. The guide was already available in five languages, including English and Russian, and was translated with support from Accenture and Santander. 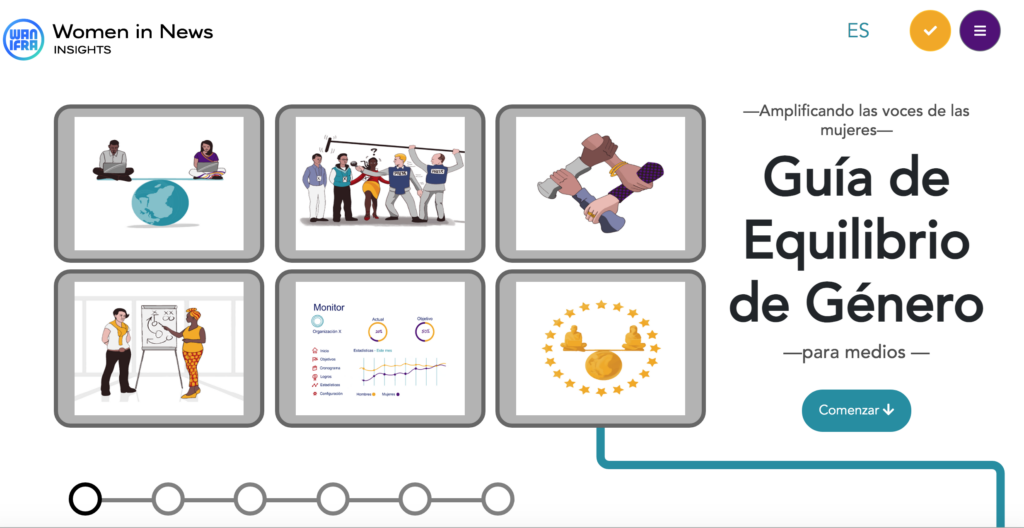 During the virtual launch, Rodrigo Bonilla, Americas director of WAN-IFRA, spoke about the importance this guide has for media and highlighted the ease with which it can be used.

“You are going to find a guide that is 100% digital, accessible, free that will provide media with a tool that not only provides theoretical elements to understand why gender equality is important and what role the media have, but also shows how stereotypes can be unconsciously represented on a day-to-day basis and gives concrete examples of actions to improve and promote gender balance and strategies for organizations to implement in the media outlet to change the status quo,” Bonilla said.

The Gender Balance Guide for media is divided into six main themes. Each has infographics and a small questionnaire that allows journalists and media managers to assess their knowledge of gender and how the media cover it.

In addition to explaining the importance of gender equality in a general way, the guide shows how the media can stereotype – sometimes unconsciously – and what actions can be taken to improve gender equality. On this last issue, for example, the guide establishes the need to include more female voices as sources, and in opinions. It also suggests creating a style guide on appropriate language, which should be shared with all newsroom staff.

Finally, the guide offers strategies for news organizations as well as different systems for monitoring coverage and newsroom progress.

"Change is permanent and as WINN we help people and the media to prepare for that change," Gabriela Oliván, director of WINN, told LatAm Journalism Review (LJR). “This guide is a contribution in that sense: it seeks to identify unconscious biases in news coverage as well as to promote actions and policies aimed at stimulating diversity in work teams. Furthermore, this alliance between brands and NGOs crowns the first three years of WINN's work and shows once again that collaboration is the most efficient way to embrace the future.”

The launch also featured a conversation between journalists Paula Escobar, from Chile, and Jineth Bedoya, from Colombia. Escobar asked Bedoya about her role as a journalist and activist getting women to tell their stories of violence with the campaign "No es hora de callar” (It's not time to shut up), created by Bedoya. 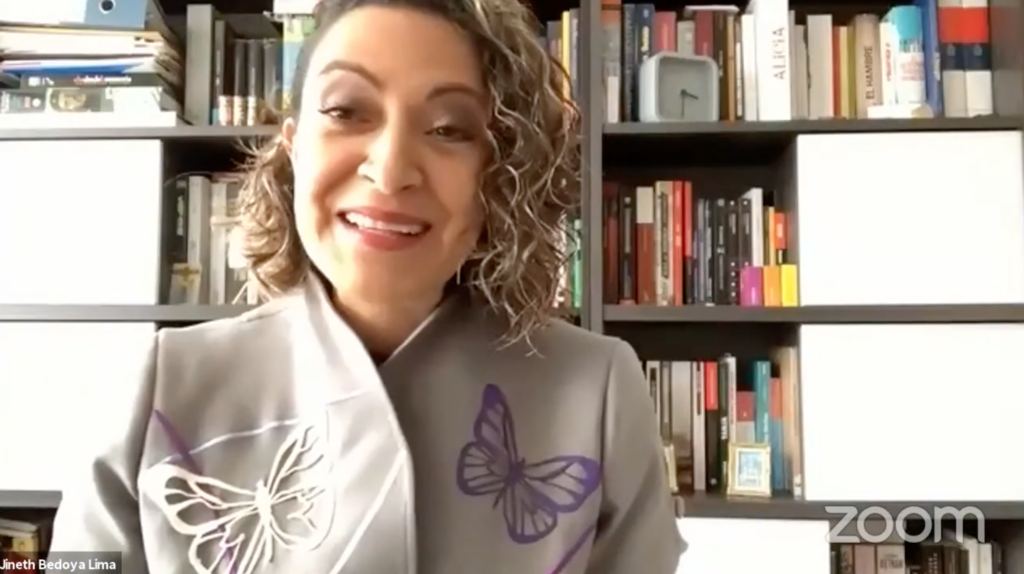 As the Colombian journalist said, the campaign came from her own experience when she was abducted, tortured and sexually violated in retaliation for her journalistic work. She went from telling the news to being the news, and that is precisely why she was silenced for a long time, Bedoya said.

“And when I decide to speak publicly about what happened, especially the issue of rape, I think there I had to find something that would connect my reality as a victim and survivor and my reality as a journalist. And there was born ‘No es hora de callar,’ which is the campaign that is now going to be 12 years old, [...] because I decided that I could not keep silent about what happened,” Bedoya said during the launch of the guide. “And that campaign, which at first was more of a decision to be able to share my story, became a movement that made me reflect on how I was telling other people's stories. And moreover, how badly I was telling them. Because just because you are a victim does not mean that you have total knowledge of how to apply the gender perspective in what you do.”

The campaign also has a training component, which began with Bedoya herself. She had to learn about everything related to gender and equity, and then she shared it with other journalists in Colombia and abroad. Even the newspaper for which Bedoya works, El Tiempo, took on “No es hora de callar” as part of its social work and from this it has also sought to train journalists at the newspaper. For example, El Tiempo has a gender guide and a style manual on the subject.

Bedoya and Escobar also discussed the lack of female journalists in leadership positions. Escobar gave figures from a recent study by the University of Oxford and Reuters that showed that out of a universe of 180 media leaders, only 22 percent were women. For Bedoya, this issue continues to be an important challenge for the media because she considers that changes are best reflected when they are driven from the head.

“What we have also seen is that fortunately, the women who have reached positions of power in the media are the ones who open these spaces so that we can begin to talk about equity, but also about rights," Bedoya said. “When a woman who is in charge of a communication organization understands that what she has had to face and the path that she has had to travel to get to where she is, can be applied to work, I think it is much easier to open the spaces for the need to train to be understood.”

On this issue, Oliván told LJR that ensuring gender balance is not only a moral responsibility but "a business imperative," and for this it is necessary to have women in positions of power within the media.

“Women represent more than 50 percent of the global population and in newsrooms they reach only 40 percent and in management positions, that number does not exceed 24 percent. It is difficult for female audiences to feel represented like this,” Oliván said.

Bedoya invited journalists and media in the region to make use of the guide, and make efforts with training to improve coverage. She showed as examples of bad practices in the region how the media continue to call femicides “crimes of passion,” or how it is difficult to find expert female voices in areas such as economics or politics, but not in topics such as fashion or home decoration.

“Look what we have, we continue to have that problem. Women are pigeonholed in ‘light’ topics because for that we are experts, but do not have us talk about economics, politics, or justice, because we are not experts," Bedoya said. "And in Latin America, above all, we have women prepared in such a way that they have immense experience on how to see the world today and they are not part of those directories of experts that all the media should have."