After the Puerto Rican government published that the passage of Hurricane Maria over the island left only 64 people dead, local media such as the Center for Investigative Journalism (CPI, for its initials in Spanish) began to question official statistics and to investigate further. 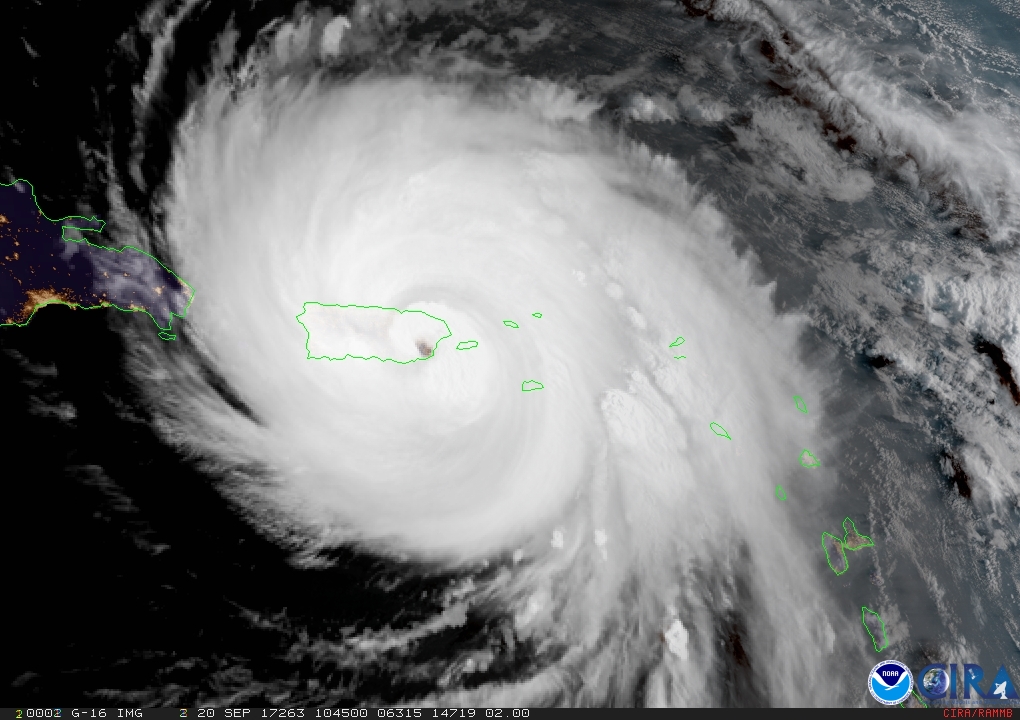 Dealing with the opaqueness of government figures released after the passage of the storm, three newsrooms, including CPI, the Associated Press and Quartz, worked for months on the joint report “Los Muertos de María (Maria’s dead), documenting what happened after the Category 4 hurricane hit the island on Spet. 20, 2017. Published one year later, the multimedia report elucidates the real effects of the hurricane on the island, taking into account the environmental and health crisis that it caused.

"It's the kind of story you would never want to do because it's a very sad story, it touches many families and many people and I think it generates a lot of feelings in people," CPI executive director Carla Minet said in an interview with the Knight Center.

"But at the same time, it's the kind of history that would not have been possible to know if it had not been for journalists, because there has been a whole pattern from the government, both from the government of Puerto Rico and the U.S. government, to circumvent or underestimate the fact of the number of deaths that have been due to the hurricane," she added.

Reporter Omaya Sosa Pascual from the CPI began to collect and publish information about the havoc of Hurricane Maria a few days after it hit the island, on Sept. 20 of last year.

A few months later, in November 2017, Quartz approached CPI to together generate an online questionnaire that could gather the testimonies of people who had relatives who died due to the hurricane. According to Minet, that questionnaire was designed with the help of experts in public health. They promoted it on the radio, in different media and on social networks, thus getting to know more than 400 cases that had to be verified.

In February 2018, CPI denounced the director of the Puerto Rico Demographic Registry, Wanda Llovet Díaz, for not delivering public information on the deaths that occurred on the island after the hurricane, after multiple requests made by the media.

In the suit, they asked for death certificates, as well as burial and cremation permits issued in Puerto Rico from Sept. 18, 2017 to the most recent date, detailed by day and by municipality.

In early June 2018, a court ruled in favor of CPI and the international news network CNN en Español, which was another of the claimants, after which the government provided them with much of the required information, as Primera Hora reported.

It is in that month, Minet said, that AP contacted CPI to collaborate journalistically.

According to the executive director of CPI, between July and September, Quartz, AP and CPI exhaustively carried out data verification and interviews with dozens of relatives and acquaintances of the people who died because of María.

"We also had the collaboration of a group of about 10 clinical psychology students from Carlos Albizu University, who are trained to do interviews, and who helped us apply the interview protocol with many of the families," Minet said. 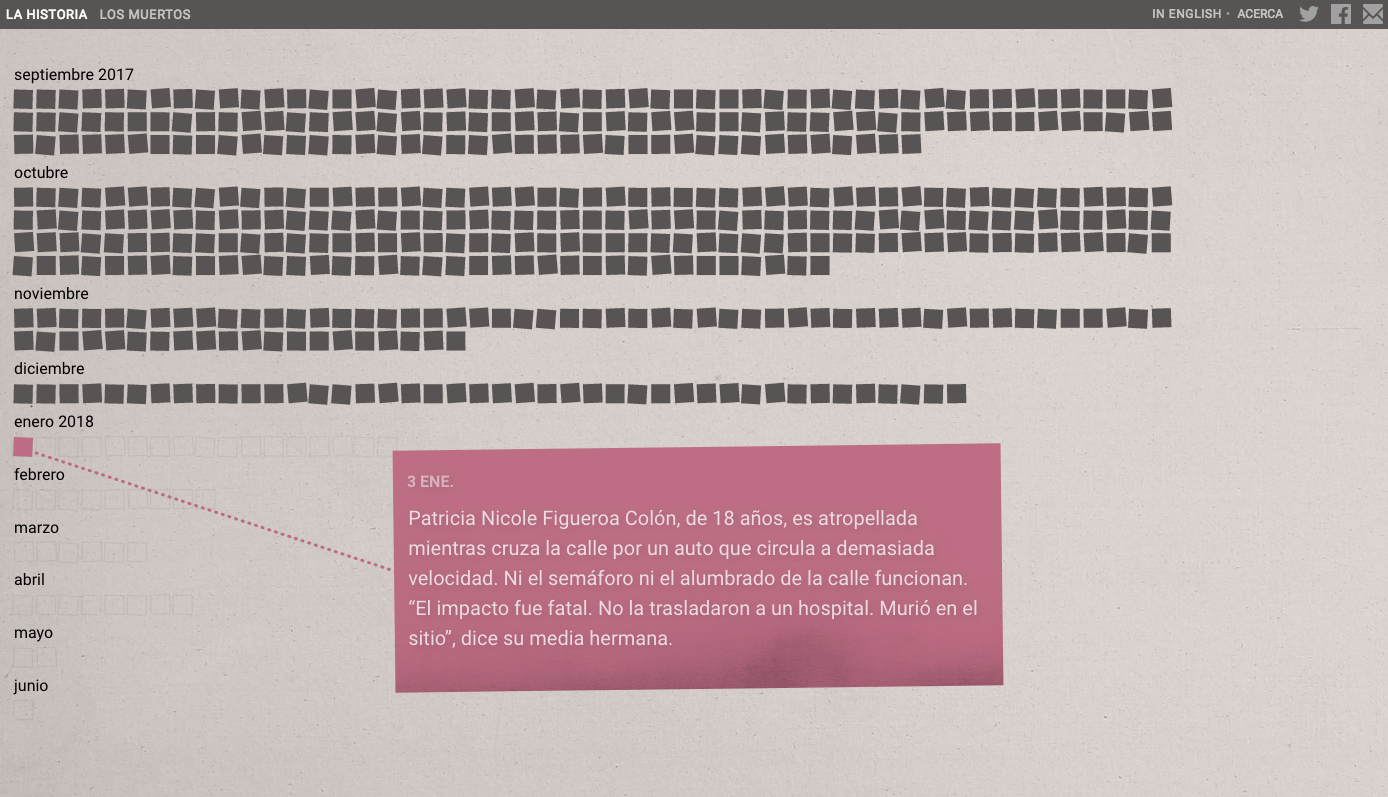 Reporters from the three newsrooms also interviewed officials from the federal and Puerto Rican governments, experts in health, epidemiology, statistics and disaster management.

"The fieldwork was fairly extensive," Minet explained. "Once the interviews were done over the phone, there was a selection of emblematic cases whose interviews were recorded (on video) in-person and with much more depth, both by the AP, as well as Quartz and us (CPI)," she said.

The development of the reporting platform and the organization of the data was the responsibility of Quartz. YouYou Zou was the designer of the database and the website of the report.

The project is presented in an interactive way, with videos, photographs and legends that tell, month-to-month and in detail, the story of the 487 testimonies documented by the three media outlets. It was published in both Spanish and English. According to Minet, Quartz was mainly responsible for the English version.

Ana Campoy, a reporter for Latin America at Quartz, and Michael Weissenstein, AP news director for the Caribbean, led the journalistic teams for the joint report on the island.

"Only a work as exhaustive as the one we were able to do is a strong response to that notion they had wanted to project that in reality not many people died,” Minet reflected.

"There were people who died because of the inefficiency of the government, because of the systemic failures of a health system that was on the floor, that did not work, and, well, these are topics that are not nice," Minet said. "Sometimes there are people who do not see the immediate value of understanding this information, but the reality is that if we want to be in a different position when we receive the next hurricane, there is no other information that is more valuable than what we have published," she added.

At the end of August, George Washington University published the most recent study on the number of deaths left by Hurricane Maria in Puerto Rico. According to the report, the amount would climb to 2,975 deaths, which occurred in the six months following the passage of the storm. That is, 22 percent more deaths on the island for those months of the year than would be expected if there had been no hurricane.