Opportunities in U.S. universities and organizations have made a difference for Latin American journalists. Applications now open

There are opportunities that, when taken advantage of, can mark a person's professional life. This is what happens when journalists from Latin America and the rest of the world are awarded scholarships by prestigious U.S. universities or organizations.

From spending an academic year working on a journalism project to touring and learning from the best newsrooms in the United States, these programs represent a before and after for their grantees.

One former fellow, Maia Jastreblansky, said that her experience with the World Press Institute "was excellent and enriching both professionally and personally. It made a big impression on me and I remember it fondly."

As in previous years, LatAm Journalism Review (LJR) prepared a list of fellowships that are traditionally open to journalists outside the United States, application information and a list of alumni.

The World Press Institute (WPI) gathers ten professional journalists from around the world each year and brings them to the United States so they can see first-hand what political life is like in the U.S., meet prominent journalists, and learn about business models of U.S. media. 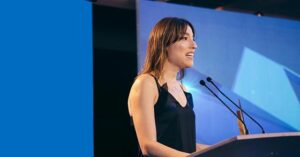 "It is a fellowship with a journalistic scope that very few have. Over the course of nine weeks, we visited newsrooms such as the New York Times, the Washington Post, CNN, Politico, Miami Herald, among other newsrooms and organizations. This is very relevant for any journalist because you can see how the main newsrooms in the United States work, learn about the problems they face and realize that, many times, they face the same problems as newsrooms in Latin America," Argentine journalist Maia Jastreblansky told LJR.

Jastreblansky, an editor at La Nación newspaper in Buenos Aires, applied for the scholarship because she was looking to further her journalism career and also to share experiences with colleagues from other countries. During the year she participated, 2015, she spent time with journalists from Brazil, Australia, India, Bulgaria, Germany, Kenya, and Bangladesh.

"It was a very nice group, very fun. We cried when we said goodbye, it was intense. Not to mention the reception by the organizers, who are absolutely warm and hospitable with the fellows," the Argentine journalist said. "All the people who collaborate with World Press Institute are very warm. I have nothing but words of praise for this fellowship and I recommend it to everyone."

The program's board of directors is issuing a special call for applications from journalists in Latin America. To be eligible, candidates must have more than five years of media experience, be fluent in English and have leadership potential. Letters of recommendation and work samples are also requested.

"This program made a big difference for me when I arrived in 1979 from a newspaper in Mexico City, still young and without much training. It made me aspire to become a better journalist to better serve my country and set me on the path to succeed in the media. It allowed me to begin to pick up the essential tools of my trade and taught me how to strive to be objective and unbiased," Bruno López, a member of the program's board of directors, told LJR.

Journalists selected for the Nieman Fellowship spend two full semesters at Harvard University in Cambridge, Massachusetts, taking classes there and at other local universities. They participate in seminars, lectures, master classes, and journalism conferences. 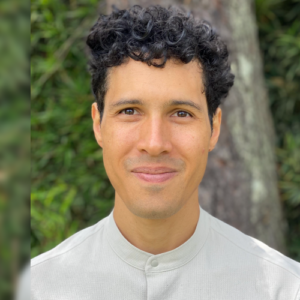 For Colombian journalist Jorge Caraballo, the Nieman Foundation is pushing the boundaries of journalism (Photo: Courtesy).

"I applied to Nieman because from the time I did my master's degree in the United States I met several Nieman Fellows and they inspired me a lot. I perceived in these women (because they were mostly women) those strengths and that zest for the work they did, for coming up with new things and collaborating with other journalists," Jorge Caraballo, a Colombian journalist, told LJR. "I am very inspired by journalists who not only think about their personal success but are always reimagining what we do."

Nieman is a center that pushes the boundaries of journalism, according to Caraballo. During his fellowship, he worked on a toolkit for narrative journalism podcasts in Latin America, looking to harness the power of audio storytelling to strengthen community connections.

"I was looking at audio classes, psychology classes, communities, and it was great. It was a fellowship that allowed me to explore and access discussions, concepts and tools that I didn't have on my radar. In addition to connecting with people who are very different from me, but who have that same interest in improving and making journalism more impactful," he said.

According to Caraballo, the Nieman Fellowship can be intimidating because hundreds of people apply annually from all over the world and only one or two people from Latin America are chosen. However, he recommends "any journalist from Latin America to apply, especially if they are interested in having an impact beyond individual success and are interested in redesigning or reinventing a lot of the things we do in journalism."

Applications for the next round of Nieman fellowships are due Dec. 1, 2022. For more information, check out Nieman's website.

Each year, the Knight Science Journalism Program at MIT offers academic-year fellowships to 10 science journalists to give them the opportunity to explore science, technology and the craft of journalism; focus on a science specialty; and learn at some of the world's best research universities.

The Knight-Wallace Fellowships offer journalists eager for growth and deeply committed to the future of journalism to spend an academic year in Ann Arbor, Michigan. They have access to the resources of a world-class university and immerse themselves in a journalism project.

The 2023-2024 academic year begins Mon., Aug. 28, 2023. Fellows are expected to arrive in Ann Arbor at least one week early for fellowship orientation. Applications for international journalists (without a U.S. passport) are traditionally submitted on Dec. 1 for the academic year beginning the following September.

From September to June, JSK Fellows step away from full-time professional obligations to work on their ideas for addressing journalism’s most urgent problems, while experiencing an array of opportunities available to members of Stanford’s campus community.

Applications are currently closed, but will open in November 2022 for those wanting to participate in the 2023-2024 academic year.