A Paraguayan journalist for the newspaper ABC Color was sued for calumnia and defamation by a lawmaker who the reporter said participated in an attempt to bribe him so that he’d stop investigating a story. The journalist was investigating alleged irregularities in a recent bidding process that led to the hiring of a state contractor. 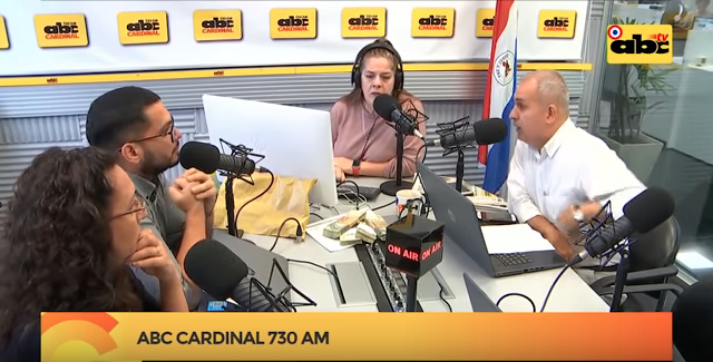 Congressman Dionisio Amarilla Guirland filed a complaint before the Judiciary against journalist Juan Carlos Lezcano. "My lawyers have already filed a lawsuit against Lezcano, the systematic slanderer," Amarilla wrote via Twitter.

The suit for defamation comes after Lezcano and ABC Color reported an alleged bribery attempt to stop their journalistic investigations.

On May 27, Lezcano published a series of reports in ABC Color about alleged irregularities that the Social Security Institute (IPS, for its initials in Spanish) allegedly committed in the bidding process that contracted Security Service Technology S.A. (SST) for security and surveillance services.

The journalist said in an interview with ABC Cardinal radio published to Facebook that because of his previous publications, he was called to a meeting on May 27 at the communications agency that produces institutional content for SST. He is an independent contributor at the agency. Lezcano said that María Luz Peña, in charge of the communications agency, called him to explain that his ABC Color reports were affecting SST.

After that conversation, the journalist told ABC Cardinal, he went to a room where the businessman Óscar Chamorro Lafarja and his friend from university, lawmaker Amarilla, were. The two, according to the journalist, tried to dissuade him from continuing his journalistic investigations, offering him a deal.

Amarilla declared before the media that Lezcano appeared suddenly in the meeting that he had with Chamorro for other reasons, and that he was brought by Peña, as published by C9N Paraguay. He also told the press that he did not know that Lezcano is an employee of Peña.

Subsequently, in a video published on Twitter on May 28, Lezcano showed Peña, inside a car, handing him an envelope. She said it was "22" and that she owed him 2 million more. The amount was presumably 22 million guaraníes (about US $3,500).

In a separate video that Lezcano allegedly recorded during his meeting at the communications agency, published in ABC TV Paraguay's Facebook profile, the voices of two men that ABC Color identifies as Chamorro and Amarilla can be heard in the room.

According to EFE, Peña confirmed to a local radio station to having delivered a sum of money to Lezcano, however, she said that it was not a bribe but a salary advance for the journalist as an independent collaborator of her company.

Prosecutors Josefina Aghemo and Sussy Riquelme of the Specialized Unit on Economic Crimes and Anti-Corruption went to the offices of ABC Color to start the investigations based on the complaint from the journalist and the media outlet for which he works, according to the site of the public prosecutor’s office in Paraguay.

The companies SST and Buller S.A., owned by Chamorro, won a state bid called by IPS in mid-May. The state entity contracted both companies for 140 billion guaraníes (about U.S. $22 million), according to ABC Color.

Following the scandal, the government of Paraguayan President Mario Abdo Benítez announced the suspension of the contract and the opening of investigations into the case by the public prosecutor’s office, EFE reported.

SST said in a statement that the allegation of bribery presented by Lezcano is "absolutely false," Útima Hora reported.