A senior representative of the Peruvian Catholic Church who accused an investigative journalist of defamation withdrew his lawsuit against her. Days prior, the Archbishop did the same with another journalist, who had just been sentenced criminally for the case against him. 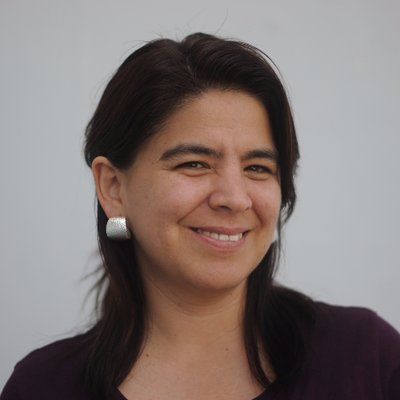 Through a press release, the Archbishop of Piura, José Antonio Eguren, of the Sodalitium Christianae Vitae (SVC), desisted from continuing with the criminal complaint for aggravated defamation that he made against Peruvian journalist Paola Ugaz. Among his reasons, he stated that in his decision to refuse to defend his honor, he seeks the unity of the Peruvian Catholic Church.

In his October 2018 lawsuit, Eguren pointed out Ugaz's participation as an interviewee in the documentary "The Sodalitium Scandal" produced by the Arabic network Al Jazeera, and the seven tweets that she posted on Twitter --in the context of the papal visit to Peru in January 2018 -- regarding alleged acts of sexual abuse and land trafficking that she reported the Sodalitium carried out.

"I think there have been pressures from the new winds that run in the Peruvian Catholic Church, with the appointment of Archbishop Carlos Castillo, and the winds that are settling in the Vatican, with Pope Francis, so that journalistic work is supported and the work of journalists against clerical pedophilia is applauded," Ugaz said in an interview with the Knight Center.

Before the bishop’s retraction, in mid-April, a court in Piura in the extreme northwest of Peru ruled that the judicial process be moved to Lima, where Ugaz resides, according to El Comercio.

The journalist explained that in mid-May, when the judge in charge of the trial in Lima would be appointed, the case may be closed following the archbishop’s decision.

However, Ugaz has another 10 judicial notifications from different parties as a result of her participation in the documentary and for an article about the authorities of a school founded and directed by the Sodalitium that she published in La República.

According to Ugaz, the journalists who made the documentary have not been notified at this point, only her, and Pedro Salinas for a column that he wrote.

Salinas was also sued by Eguren for aggravated defamation due to an opinion column he published on the Peruvian blog La Mula. He was given a suspended prison sentence of one year, to 120 days of community service and a civil compensation of 80 thousand soles (about US $24,000). However, the archbishop then withdrew his complaint against the journalist on April 24.

"And I feel that until the end they showed a load of everything: lack of empathy towards Pedro, who has been a victim of the Sodalitium, and a load of machismo towards me," Ugaz said. "Pedro is a survivor of the same organization.”

In 2015, Salinas and Ugaz wrote the book “Mitad monjes, Mitad soldados” (Half monks, Half soldiers), in which they collected several testimonies of people who in their youth allegedly suffered psychological and physical abuse by the Sodalitium.

Ugaz revealed that in October of this year she plans to launch her own book on the Sodalitium, regarding money management within that religious organization. With this editorial project, she considers that she will be able to close her investigation on that religious order of Catholicism, founded in Peru in 1971 by Luis Fernando Figari.

Figari, who is in Rome, is currently under investigation by the Peruvian prosecutor's office for alleged sexual abuse of minors, according to EFE.

The Knight Center attempted to contact Eguren, but did not receive a response as of publication.