With little more than 80,000 inhabitants in Peru and part of Brazil, the Asháninka are the most numerous ethnic group in the Peruvian Amazon. The National Institute of Radio and Television of Peru (IRTP, for its initials in Spanish) recently launched "Ashi Añane", an informative program in the Asháninka language, to give the culture a national platform. 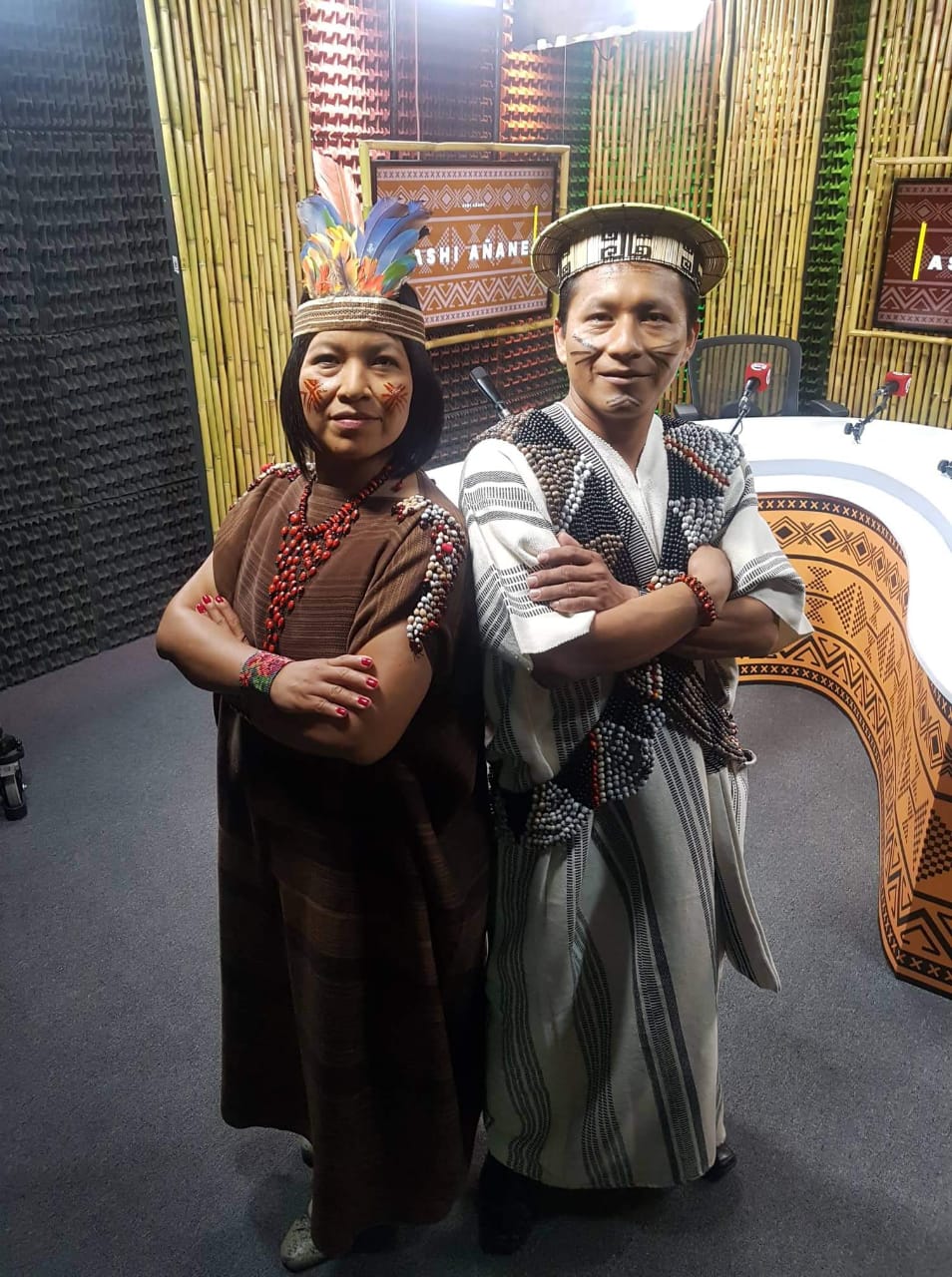 In less than two years, IRTP has launched three informative programs in languages native to the country. Ñuqanchik (Us), in Quechua, Jiwasanaka (Us), in Aymara, and this month Ashi Añane, which in Asháninka means “Our voice.”

The latter, which seeks to include and value Asháninka citizens, is broadcast weekly starting Nov. 3 on state media TV Perú and Radio Nacional. It is hosted by Cinthya Gonzales and Deniz Contreras, two communicators from the Asháninka culture. Gonzales is also an official interpreter and translator of the Asháninka language, recognized by the Ministry of Culture.

"The Asháninka were one of the peoples most hit by terrorism during the era of Sendero Luminoso. Many of them were enslaved, women were raped, and the State, more concerned with attending to the big cities, left them alone fighting against Sendero Luminoso," IRTP director Hugo Coya told the Knight Center.

"There are terrible, dramatic stories of this struggle that little or nothing is known about. In a way, this space is paying, in part, the debt that the State historically has with this people," he said.

According to Patricia Balbuena, Minister of Culture, this IRTP initiative is related to an opening of the Ministry of Culture that began in 2013, when the department of indigenous languages was created. "I think that is a breaking point in the role assumed by the Ministry, in understanding that in Peru there are 48 languages and that these require looking not only from the dimension of the school," Balbuena told the Knight Center.

For the minister, until a few years ago, the subject of the language had been encapsulated in intercultural bilingual education and there were very few spaces where the language transcended the school. "We understood that it was a serious threat to the vitality of languages. The vitality of the language depends on its level of presence in public spaces," she said.

The cultural program, which also talks about gastronomy, the environment and customs, has some fixed sections, such as the 'successful Ashaninka character.’ For this section, each week they seek to interview people from the community who have excelled professionally or in business. Last week it was about an Asháninka woman who monitors Amazonian fish in Oxapampa, in the central Peruvian jungle. There is also the section 'oralitura,' in which the ancestral tales and oral legends of the Asháninka culture are highlighted.

The hosts actively propose the topics to cover and for the reports they contact organizations in the provinces and leaders of communities of the different ethnic groups of their culture.

"It has been a boom for my people. In my district of Río Negro, in Satipo (in the Junín region), which has been called the Intercultural district, the mayor, who is very committed to what the Asháninka people are, organized along with the municipality to project the program on a large screen, for the entire city. And on the radio the brothers who are far from the city hear us,” host Deniz Contreras told the Knight Center about the day of the program’s premiere.

Contreras said that one of the program’s objectives is to make the young Asháninka people who are ashamed to speak their language feel proud of their culture and help with its preservation.

"I feel very grateful and happy because we were essentially part of the neglect on the part of the Peruvian State. Today we have this opportunity," Contreras said.

The host ventured into radio at the age of 15 when he began to help his father to carry out a cultural music program on a municipal radio station in his province. His training is empirical because he never had the resources to study the career of communications professionally.

The presence of men and women from other communities, in the world of television, on the radio, has been absolutely foreign in Peru, said Balbuena, the Minister of Culture. Recruiting hosts was not an easy process, according to her.

"I think it also has been a very hard process for them, but that also poses to us the challenge of professionalization. That the national television is the one doing this and triggering this process, I think it is very important, not only because it is state but because it has an impressive capacity for coverage throughout the country," the minister explained.

Balbuena highlighted Hugo Coya’s role at the head of IRTP in the creation of the first newscast in Quechua in the history of Peruvian television last year. Months later, a news program in the Aymara language premiered, also for the first time in the country.

"The news program in Quechua began, the news program in Aymara and now this program in Asháninka. In general, I think it's symbolic. The Asháninka people is the largest indigenous Amazonian people, in terms of population, and is one of the most historically hit. Colonization entered the Amazon through the Asháninka zone, terrorism destroyed them, and as the process of evangelization entered the zone of the central jungle, they were hit hardest by the occupation of settlers. In spite of it, it is a people that resists, a big people, a people that continues," Balbuena explained.

This is a small great effort, "something that could have been done in recent years and had not been done," Coya said.

Among other virtues of the program in Asháninka, Coya explained that this space is also an opportunity to help inform Peruvian communities that do not speak Spanish to learn in their own language about weather forecast, health campaigns against anemia and prevention of diseases carried out by the State.

"So, for them, with their language being spoken, in addition to the recognition and the identity issue, it is also the possibility that they fully and correctly understand the message," the IRTP director said.