Public media in southern Argentina will have a new governing board, as well as an oversight body for their content, to prevent any "negative impact" of their material on society. 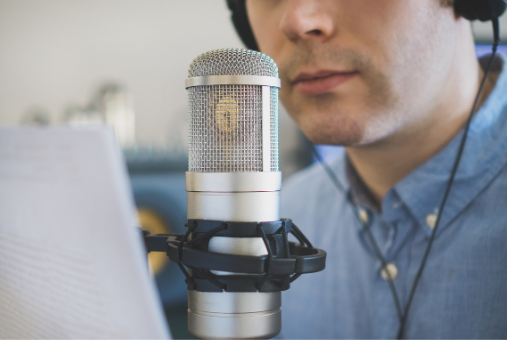 The governor of the Argentine province of Santa Cruz, Alicia Kirchner, promoted the new law on public media that creates the Comprehensive System of Public Media and Content. This system is made up of a Media and Audiovisual Content Agency, a Public Media Advisory Council and a Provincial Media Observatory.

The Observatory will analyze content of cases related to sensitive topics according to current regulations and will propose basic criteria to deal with such content, so that media production does not have negative impacts on society, as reported by the Argentine Journalism Forum (FOPEA, for its acronym in Spanish). However, the law doesn’t define “sensitive topics.”

FOPEA warned of the "dangerous ambiguity" of the observatory's criteria for monitoring media content, which it said could affect the plurality of voices and editorial lines.

"What worries us about the new law they made in the province of Santa Cruz, is that it is a government that has a very stigmatizing conception of journalism," Fernando Ruiz, president of FOPEA, told LatAm Journalism Review (LJR) . "It is a tool that can be used to persecute media and, above all, critical journalism."

According to the newspaper La Nación, the new structure of this system will be directed by a single person who will be elected by the governor. This scheme affects the independence of LU85 TV Channel 9, whose governing board had a union representation of workers and political minorities, and LU14 Radio Provincia will be under the new governing body as well.

The NGO Freedom of Expression + Democracy (LED), warned about the rapid approval of the Santa Cruz law and the interference of its provincial observatory with current regulations at the federal level.

"The Declaration of Principles on Freedom of Expression of the Inter-American Commission on Human Rights starts from the consideration that 'freedom of expression is not a concession of the States, but a fundamental right,'" the statement from the LED Foundation read.

Another organization that expressed concern about the creation of the observatory was the Association of Argentine Journalistic Entities (ADEPA).

ADEPA pointed out that this Santa Cruz oversight body is following the same line as the original project of the Observatory of Disinformation and Symbolic Violence (NODIO), launched at the federal level in October 2020. The objective of this observatory was "protecting citizens from false, malicious and fallacious news."

Daniel Dessein, president of the ADEPA press freedom commission, told LJR that the observatory of Santa Cruz generates a “clear risk to freedom of expression, insofar as it could be used by those in power or by some political faction to interfere in editorial lines.”

The mere existence of this space for surveillance and oversight of journalistic activity, Dessein pointed out, is in itself a condition that can generate self-censorship, inhibition, fear among journalists and in their activity, regardless of how it is used.

“It is a precedent that can be repeated in other provinces and that puts us on alert in some way. For now, nothing has been advanced, but it has already been approved, so at some point it will start to function,” Ruiz said.

"These types of institutes and creations produce an adverse climate for journalism and freedom of expression," Dessein emphasized.

According to Dessein, the Media Law that was approved in 2009 during the government of Cristina Fernández de Kirchner (2007-2015), was one of the most emblematic figures in a series of hostile measures of his government against the media.

During the government of Mauricio Macri (2015-2019), certain articles of the 2009 law that affected private property and freedom of expression were annulled, and some bodies created by the law were changed, Dessein said. "Parrilli maintains that we must recover that original spirit of the law."

However, Dessein considered that in recent years there has been a schooling in the political class in general, and in the journalistic industry that causes "antibodies or reflexes installed" to exist in the face of any setback in terms of freedom of expression. He cited the ruling of the Federal Court of Appeals of Mar del Plata in favor of investigative journalist Daniel Santoro as an example.

Santoro, editor of the judicial team of the newspaper El Clarín, was being prosecuted on alleged charges of espionage, extortion and coercion, as an alleged accomplice of Marcelo D’Alessio, one of his sources.