“My prosecution had created fear among many journalists and now the horizon is safer,” said Argentine journalist Daniel Santoro, following the revocation of his case before the courts. 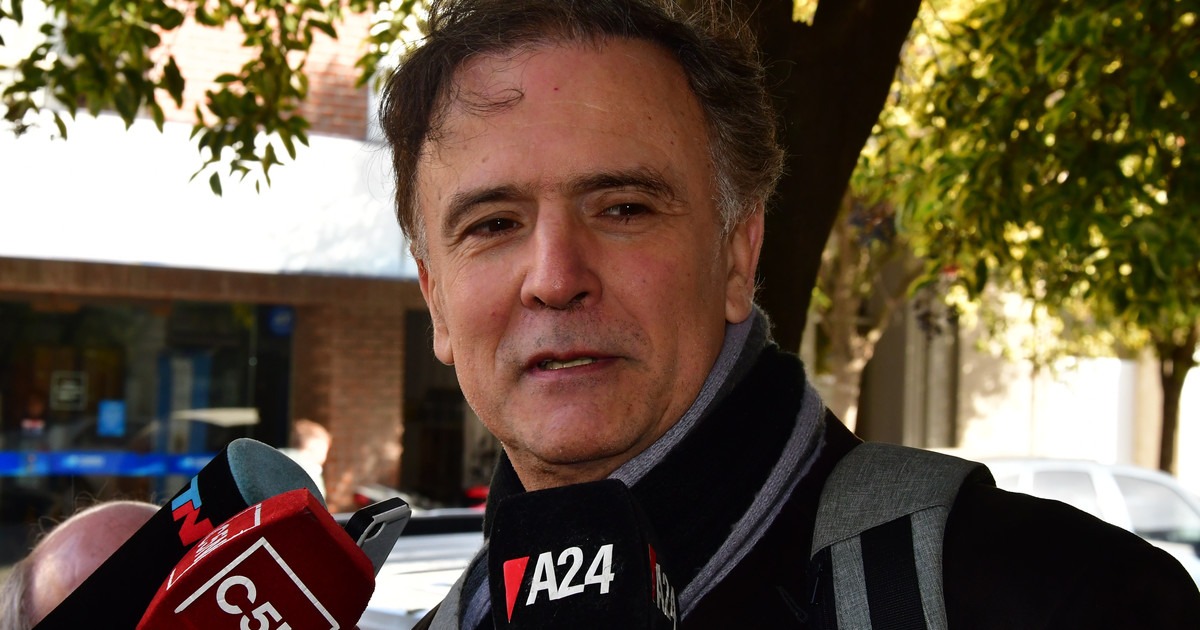 Until Friday, Dec. 11, Santoro was being prosecuted for extortion, coercion and espionage, he was banned from leaving the country and a suspended hold for 3 million Argentine pesos (about US $36,000) was placed on his assets.

However, in a "milestone in the defense of journalism," according to the journalist from newspaper Clarín, the Federal Court of Appeals of Mar del Plata decided to revoke his prosecution, which had been going on for more than a year.

The ruling defends the secrecy of journalistic sources as something "essential for the proper exercise of journalistic work," said the Association of Argentine Journalistic Entities (ADEPA, for its acronym in Spanish), while separating the responsibility of the journalist from their sources. According to ADEPA, this confusion is present in many lawsuits against journalists.

In August 2019, Judge Alejo Ramos Padilla of the court in the city of Mar del Plata, south of Buenos Aires, called Santoro to testify in the case against Marcelo D'Alessio, someone who, according to various Argentine media, was posing as lawyer, intelligence agent and even agent of the U.S. Drug Enforcement Administration (DEA) in Argentina.

Santoro was prosecuted in the trial against D’Alessio for alleged coercion and attempted extortion of two businessmen, as reported by La Nación. "The judge asked for a record of all my incoming and outgoing calls for the last three years, a measure that I strongly opposed," Santoro told LatAm Journalism Review (LJR). "This violated professional journalistic secrecy that the Constitution of Argentina protects in Article 43."

The Constitution of the Argentine Nation states in Article 43 that "the secrecy of sources of journalistic information may not be affected."

Likewise, Judge Ramos Padilla ordered the Provincial Commission of Memory to analyze Santoro's journalistic notes to see if there was complicity with the crimes of which D’Alessio is accused.

“Obviously, after thirty years of practicing journalism, I have more than a hundred sources of information; I write two hundred articles a year and the judge began to dig into three or four articles where, indeed, D'Alessio had been my source of information,” Santoro said.

During the trial, according to Santoro, all the media sympathizing with former President Cristina Fernández de Kirschner carried out a smear campaign against him. "They demolished my public figure, accusing me of the worst things you can imagine," Santoro said, adding that he also received insults on social media and even death threats.

“I understand that I am a public figure and that it is debated [about me]…, but not that my family is involved. It never happened to me. I have suffered dozens of attacks, pressures, hacks of my phone, but they had never messed with my family, ”Santoro said about some publications that included his address, and personal photos, etc.

However, Santoro said, “at no point in the case was the fact of the quality of my notes put into question, but what they said is that those notes were to carry out actions of psychological operation against the government of Cristina [de] Kirchner.”

In October 2020, the judge expanded the charges for which Santoro was being tried, accusing him, in addition to extortion and coercion, of being a member of an illicit association of spying on officials.

In this regard, ADEPA said that the prosecution was based on assumptions, false data and a strong politicization of the interpretations of the facts.

Santoro stressed that the intervention made in his defense by then-Rapporteur for Freedom of Expression of the Inter-American Commission on Human Rights (IACHR), Edison Lanza, before Judge Ramos Padilla, was very important in his case.

The Rapporteur demanded that the authorities prevent Santoro from being the target of judicial harassment and other types of harassment, the newspaper Clarín published in April 2020. “This Office reiterates the important role that the media play for democracy, especially when it is about active investigative journalism,” the Office of the Rapporteur said at the time, according to the Argentine newspaper.

Likewise, the Office of the Rapporteur spoke then about professional journalistic secrecy, arguing that the protection of journalistic sources “constitutes a right to freedom of expression, given its inestimable value for society to access information of public interest, which without that protection, would hardly take on public status,” as published by Clarín.

Colombian lawyer Pedro Vaca, who assumed the position of Rapporteur for Freedom of Expression of the IACHR in early October 2020, welcomed the decision of the Federal Court of Appeals of Mar del Plata in favor of Santoro via Twitter, for “safeguarding press freedom.”

This ruling, Vaca continued, "clears serious concerns about the use of the judiciary to censor." Santoro's prosecution contravened international standards and put investigative journalism “in jeopardy” in Argentina, he said.

Santoro also received the support of editors and journalists from renowned Latin American media and organizations, such as Abraji in Brazil, the International Consortium of Investigative Journalists (ICIJ), among others.

According to Santoro, he was involved in this court case as a result of his investigations, not only his own, but also those of his team. As editor of the Clarín judicial team, Santoro said, they have follow-up coverage of the more than one hundred former Cristina de Kirchner officials who are being prosecuted for alleged acts of corruption. "The former president, in particular, has eight legal cases," he said.

"So, obviously, I am a visible face of those journalists who do not loosen up and are not going to lower their arms," Santoro said.

And the relationship between a journalist and his source is not one-way, Santoro said. "I call a source twenty times before publishing an article and sharing information."

"Here there has been cynicism and bad faith to discredit me and to bring down the case of ‘Los cuadernos de las Coimas’ (The notebook scandal)," Santoro said. The aforementioned report, by journalist Diego Cabot from the newspaper La Nación, led to one of the most important judicial investigations in the country, according to Santoro, about alleged cases of corruption in public works during the government of Cristina Fernández de Kirchner (2007- 2015).

As a result of his prosecution and despite the ruling in his favor, Santoro said that this has intimidated journalists covering court news. "There were always 20, 30 journalists looking for news and now we are counting those that remain on the fingers of our hand, it is a matter of fear of the judiciary."

Santoro's prosecution has not ended. Some of the plaintiffs in the case can appeal, although the odds are slim because the ruling of the Federal Court of Appeals of Mar del Plata was forceful, Santoro said. However, a final step is missing for the case to be closed, which is the dismissal, that is, for the judicial investigation against Santoro to be terminated.

Fernando Ruiz, president of the Argentine Journalism Forum (FOPEA) said to LJR: “We are very, very happy with the ruling. We really think it was a very, very brave ruling. But we all know that the situation in Argentina is not good and it can get worse, because there are some sectors of the Judiciary that use criminal law to criminalize journalism and in turn have no respect for the constitutional concept."

Universidad Austral organized a round table about "the Santoro ruling", with experts and journalists. (Screenshot)

In a talk organized by the Austral University Law School, 'Freedom of the press and secrecy of sources,’ regarding the trial against Santoro and the ruling in his favor, Mauricio de Núñez, criminal lawyer and defense for the journalist in the trial, argued that the accusation against the journalist aimed to undermine other ongoing investigations.

However, Ruiz explained in that talk that “the decision of the Mar del Plata courts is establishing a doctrine that will function as an important barrier of defense, not only for Santoro, but for all investigative journalists trying to eliminate the dark spots in public corruption.”

According to Ruiz, the D’Alessio case was a political court case that turned into a case of criminalization of journalism with strong political support. "These are attempts to destroy the reputations of journalists leading anti-corruption investigations," Ruiz said.

The lawyer and former constituent of the Supreme Court of Justice of the Argentine Nation Antonio María Hernández, who drafted article 43 of the Constitution, said in the talk that, in his opinion, the ruling for Santoro would eventually be confirmed by the Supreme Court because the Chamber’s argument is fairly well supported.

"The first thing that an authoritarian system does is advance on press freedom," Hernández stressed.