The creators of a successful program matching journalists with underserved communities in the United States are digging roots in Latin America.

Report for the World, a program of international news organization The GroundTruth Project, is partnering with Brazilian digital natives Marco Zero and InfoAmazonia to fund reporting positions and offer training for their newsrooms.

Launched in mid 2021, Report for the World is an international service program modeled off another of the project’s successful initiatives, Report for America, which has matched nearly 400 reporters with newsrooms the U.S. since 2017. For both programs, journalists are set up with local newsrooms to report on under-covered issues. 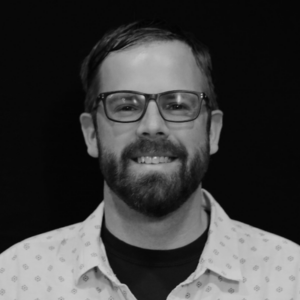 Kevin D. Grant of The GroundTruth Project: Report for the World is an antidote to parachute journalism (Courtesy)

“Report for America was our effort to address the local journalism crisis here at home. As it grew, we stayed in touch with colleagues around the world who often inquired about when we'd take the RFA model global,” Kevin Grant, co-founder and chief content officer of The GroundTruth Project, told LatAm Journalism Review (LJR). “So, Report for the World is both a return to our roots and an effort to address similar news crises worldwide in partnership with leading independent news outlets.”

Along with Brazil, the next Report for the World corps members – as journalists in the program are called – will be located in India, Nigeria and the U.S. They are “societies that are being confronted with antidemocratic forces,” Grant said.

According to the co-founder, the GroundTruth Project had been building relationships in Brazil over the past couple years, specifically with trusted advisers like Simone Cunha, operational director of journalism laboratory Énois. On a quest to learn about the Brazilian media landscape, they saw the need for high-quality independent journalism in the country.

“There's no doubt of the influence that Brazil has not only as a part of the region, but even as a global power,” Wilson Liévano, managing editor of The GroundTruth Project, told LJR.

From sustainability to racial issues, different topics close to the initiative’s mission are converging in the country, he added.

“Also, the state in general of the media, that’s, in a Latin American way, very formalized with big conglomerates, or mostly, taking a big chunk of the media market of the country,” Liévano said. “It needs more independent media to balance that out.” 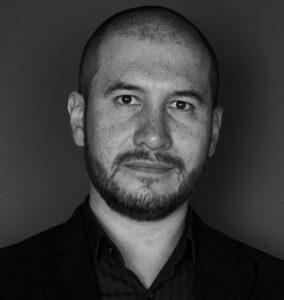 Moreover, he added that Brazil is a good place for startups, with reporting projects willing to explore and innovate.

To select the outlets Report for the World would work with in Brazil, the initiative approached existing partners for nominations of newsrooms that shared its values, Grant said. It interviewed candidates and then selected Marco Zero, an independent journalism collective based in Recife,  and InfoAmazonia, a media outlet focused on data journalism and socio-environmental issues in the Amazon.

Marco Zero and InfoAmazonia will hire two journalists each. The positions begin with a one-year term that is renewable for a second and third year. Report for the World covers half of the full-time salary for the first two years, and one third of the salary for the third year. It also supports the newsrooms in fundraising efforts for the remaining salary costs.

In addition to funding, the corps members will receive training from Report for the World and Énois, as Grant explained. They will focus on DEI (diversity, equity and inclusion), editorial collaboration, and safety and security.

In order to craft the applications for the new corps members, Report for the World worked with Marco Zero and InfoAmazonia to identify reporting needs in their newsrooms and positions they’d like to have, but for which they lacked a budget.

Report for the World does a first sweep of the applications, but the decisions on which corps members to hire is ultimately up to the participating newsrooms, Liévano explained.

The expectation is for corps members to be from the communities they cover or have extensive familiarity with them, Grant said.

“Report for the World is designed such that it is sort of an antidote to parachute journalism. It is not a program for reporters who would like to move to a new country to try reporting in a different community,” he said. “This really is about local knowledge and local expertise because we know that successful local and independent journalism is about trust and it is about local knowledge.”

Marco Zero is looking for a staff photographer and a multimedia reporter to cover the environmental and social impact of development. 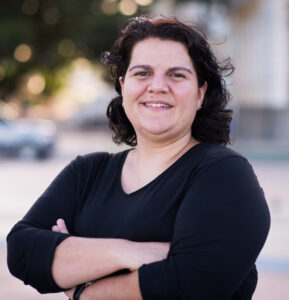 “The decision was based on needs that had already been identified by Marco Zero's management, in order to increase our coverage, both from the point of view of the themes as well as the languages and formats of the reports,” Carolina Monteiro, Marco Zero co-founder, told LJR.

The staff reporter will “contribute with more innovative and dynamic ways of dealing with Marco Zero's agendas, in order to attract a younger audience,” she explained.

As for the multimedia reporter, they will work to report from the point of view of those most impacted by violations, Monteiro said. Examples of coverage would be mega construction or lack of sanitation in the periphery.

In addition to growing the newsroom, Monteiro said being part of the Report for the World will give the digital native the chance to be part of a program working to strengthen local independent journalism and cover topics rarely reported in mainstream media.

“It is a great achievement for Marco Zero and we look forward to working with this network that also brings together organizations and professionals from the United States, India and Nigeria,” she said. “We expect a very rich exchange of experiences.”

The deadline to apply for the Marco Zero positions is Oct. 15.

For InfoAmazonia, Report for the World brings an opportunity to create a permanent reporting team. The site, focused on data journalism, has been reporting on the Amazon since 2012 with freelancers, but doesn’t have a fixed team of reporters, as editorial director Juliana Mori told LJR. 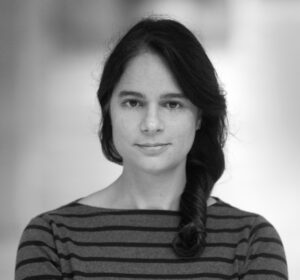 Juliana Mori of InfoAmazonia: it's an opportunity for exchange (Courtesy)

“It’s exciting and it’s also a challenge I think because we’re growing with this, I mean in infrastructure,” Mori said. “We are very used to making special reports and having a team concentrated on that for some months, but we don’t have a team that is covering everything that’s going on… on a very constant basis.”

For their corps members, the site is hiring two reporters. One will focus on climate change and environmental policies, and the second will cover Indigenous peoples and other traditional populations. The deadline to apply is Oct. 19.

“As we’re approaching January elections in Brazil next year, presidential elections, and it’s such a big deal for us, and the Amazon is in the middle of the discussion, we understood it would be good to have one reporter focused only on that, on public politics,” Mori said. “As we still wanted someone to cover on a weekly basis all the other socio-environmental issues, we understood the best thing to ask for would be to have two reporters in a fixed collaboration with us.”

Aside from offering an opportunity for growth, being part of Report for the World means a network of support, supervision and exchange, she said.

“We expect to have a lot of interest from people and to find two reporters that can complement our team,” Mori concluded.

After corps members are selected by Marco Zero and InfoAmazonia, the plan is for them to start reporting and training in newsrooms in November.

Grant said Report for the World plans to launch a global open call for newsroom applications in 2022. Latin America could of course be part of that call.