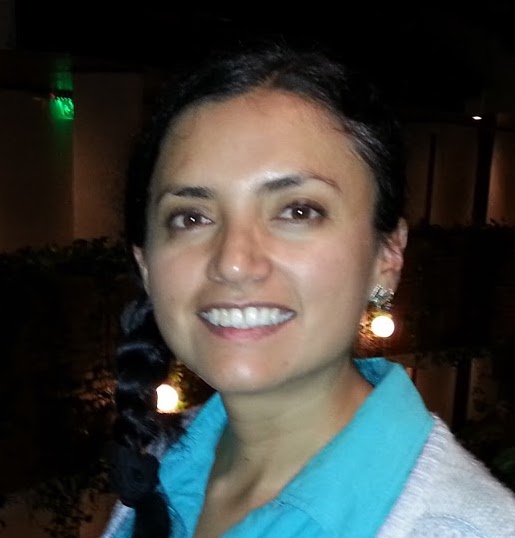 Data verification, or fact-checking, of facts of public interest and declarations of public figures has become a worldwide trend. This practice goes back to one of the basic principles of journalism, like the contrasting of sources.

Thanks to technological development and the availability of information on the internet, fact-checking opens up new possibilities for exploration in official and independent databases. The primary objective is to guide the public in making decisions so as not to be left with only one version of the facts. It is an opportunity to vindicate journalism.

In the midst of the transformation of media conception due to web 2.0, I proposed this experimental collaborative study with two digital media outlets that verify public discourse: Ecuador Chequea and Gk.city.

The journalists of both sites worked with 15 journalism students from Universidad San Francisco de Quito (USFQ) during January and February of 2017 to verify data from the speech of the eight presidential candidates.

Fact-checking is difficult to sustain in Ecuador because it requires continued investment, exclusive dedication and in-depth investigation from journalists.

Beyond the statements, the verification of data is a necessity, not only of journalism, but of citizens, to strengthen transparency and build informed societies for better decision-making in democracy. Therefore, the objective of this study is to determine the feasibility of doing fact-checking in Ecuadorian media.

How do we monitor presidential candidates?

On Jan. 3, 2017, Ecuador’s presidential electoral campaigns officially began. The intense work of verifying spoken statements was undertaken by journalism students at USFQ who looked at the eight pairings of candidates for the presidency and vice-presidency in collaboration with Gk.city and Ecuador Chequea. In both sites, a group of 15 students verified statements for four weeks, from Jan. 16 to Feb. 10, 2017, up to seven days before the elections.

The methodology in the fieldwork with the students covered six steps:

2. Distribution of collaborative work and organization of teams among journalism students for the monitoring of candidates.

3. Observation and monitoring of presidential speech in media, public events and their social networks.

4. Approval of the professor and then of the editor, and analysis (public relevance and content) of the verifiable statements said by the presidential candidates.

5. Confirmation of data with official and unofficial sources to qualify the veracity of the statement. First revision by the teacher and second by the editors.

6. Weekly report made by the student teams as a follow-up report of each checked statement delivered

7. Academic and argumentative evaluation of USFQ journalism students in the fact-checking practice.

As their teacher, I organized the class in pairs and assigned them a candidate to monitor. The editors of Gk.city and Ecuador Chequea explained their verification processes and the range of valuation they apply to the verified statements.

With Gk.city, we agreed to deliver a verified statement from a candidate each week. However, it was not always possible to get statements from everyone because there were candidates who rarely included verifiable data in their speeches. Generally, when they spoke, they concentrated on offers and campaign promises.

With Ecuador Chequea, in order to avoid repeating the same functions or to not compete among media, the commitment was to participate in the verification of statements said during the first presidential debate on Jan. 25 and publish the verification the next day.

The speech of the candidates was not uniform. They seek to convince citizens to vote for them, even if that means lying. They devote themselves to deliberative rhetoric to achieve it. It’s about self promotion. For them, the truth with data is not the most important because it does not serve to persuade. On the other hand, the promises do.

However, statements tend to be more persuasive when they come from reliable or highly credible sources. And credibility is not born overnight, it is built little-by-little and can be destroyed in minutes.

Given this, the work of the fact-checkers carries a huge responsibility in election seasons. Like all journalists, they have a mission with their audience. Formally, they write for a broad democratic public, but they also provide information intended to help citizens in deciding their vote at the polls or in their lives.

But fact-checking requires time and exclusive dedication that journalists do not have. "The work of the fact-checkers does not keep pace with that of the newsrooms, in which the rush takes precedence over more rigorous work of verification and more documentation," Iván Flores said. It’s true that the rhythm is different, there is more rigor, but not much time. If many days pass, the juncture of the information is lost and the subject can be forgotten or supplanted by another novelty.

The electoral rush was a compelling circumstance for the students. However, it was also an open door to the sources. In campaign times, all candidates want to talk. Although there were many speeches to monitor, there was little data to collect in them.

Legislation in several countries, especially those of Europe, recognize the importance of access to information. Ecuador is not outside of this trend. It has the Organic Law of Transparency and Access to Public Information (LOTAIP), which has been in force since 2004. However, this regulation does not obligate, but rather promotes, precisely, access, availability and delivery of information to any citizen.

So, if there are inconsistencies and lack of data, the entity is not obliged to produce information that doesn’t really exist in public records.

In the practice of fact-checking with USFQ journalism students, we had several problems in this sense due to the lack of information or inconsistency of data from the public entities in charge of issuing them. The result of this inconvenience was the non-publication of the statement because it could not be verified.

In addition to the lack of information, there is also undisclosed information. The National Security Council may classify certain data as reserved under the protection of national security.

In short, although there is a law that allows, in speech and in name, "transparency and access to public information," there are certain gaps in its articles that make the process of fulfillment difficult.

One of the biggest difficulties for fact-checking is availability and access to updated databases. This aspect is not clearly specified in the LOTAIP.

In her work as an editor at Gk.city, Lisette Arévalo found that there are sources that never give out information. Therefore, the search and verification of data can become a process that can be delayed for months.

In that sense, Desirée Yépez, editor of Ecuador Chequea, considers that "the reports and analyzes coming from civil, independent and/or international organizations become one of the pillars to be able to carry out the task of checking.”

The mission of every journalist, as a basic principle, should be to verify the veracity of their sources and contrast their versions. That's the fact-checking. So, every journalist can and should be a fact-checker. All editors who participated in this practice agree on this. However, fact-checking requires training on the handling and tabulation of data, the selection and relevance of sources for verification beyond declarations.

There is a pressing need to privilege journalistic principles in the face of immediacy, not simply being an echo or speaker for sources. The fact-checker is in charge of grading the veracity of that information.

We still need to study the real possibilities of work for the new generations of journalists that are learning in universities. The establishment of a long-term sustainable business model for digital sites dedicated to fact-checking in Ecuador also remains an issue. And we owe it to ourselves to carry out an analysis of audience. What is the current public –those citizens of the millennial generation who no longer consult traditional media, but consume a large amount of informative content through their social networks– looking for?

Therefore, the training that new and old journalists require in statistical management, the use of new multimedia formats to present informative 'pills' and not entire pages of reading, is immigent. And, of course, humor as a journalistic resource that we still find in social networks, mostly, as a joke in memes, gifs and viral videos, that tests the ability to laugh at oneself and others as a discursive strategy.

** The founding editor of Ecuador Chequea, Ivan Flores, is the husband of Tania Orbe, the author of this investigation.