The survey "Brazilian Journalist Profile 2021" heard from 7,000 journalists between August and October of last year to draw a current portrait of the journalism profession in Brazil. The final report of the survey points out transformations as well as continuities in the journalistic scene of the country in relation to the first edition of the survey, conducted in 2012. Among them is the deepening precariousness of the profession during the last ten years, as shown by low wages, long working hours, and an increase in precarious forms of employment.

"The research data 'is screaming' at us that the precarization of journalistic work has deepened significantly based on several indicators," Samuel Pantoja Lima, general coordinator of research and professor at the Federal University of Santa Catarina (UFSC), in Brazil, told LatAm Journalism Review (LJR) [read the full interview below].

In 2012, 60% of journalists who responded to the survey had a formal employment contract under Brazilian labor regulations, while in 2021, this rate fell to 45.8%. Professionals working as freelancers, service providers without a contract, contractors and individual microentrepreneurs (MEI, by its Portuguese acronym) account for 24% of journalists. The MEI work contract means that the journalist creates a company to sell their services to the employer. MEIs have a limited income per year and a lower tax rate. A contractor can have a higher yearly income and must pay more taxes. The working day is over eight hours a day for 42.2% of journalists, with 3.2% claiming to work more than 13 hours a day.

These and other indicators mapped by the survey that point to precarious working conditions for most Brazilian journalists also have an impact on the ethical practice of journalism. When asked about the existence of factors that prevent professionals from practicing journalism ethically, "pressure from advertisers, employers, governments, or others" (64.3%), "work overload and lack of time" (38.4%), and "discouragement and difficulties in the workplace" (30.8%) were the most often-mentioned setbacks.

"It is important to remember that between the original study and its follow-up, we had many situations that contributed to the deterioration of the labor market, in general, in Brazil: the 2017 labor reform, political instability (impeachment of former president Dilma Rousseff in 2016), economic crisis, [and] the implementation of the neoliberal agenda. All of this affected the labor market as a whole, and its results also impacted the Brazilian journalism labor market," Lima said.

For the researcher, one of the values of this research is that it can inform organized action by journalists to reverse this panorama. "It is very difficult to reverse the scenario of precarization through individual engagements. This is not only a challenge for journalists, but for the working class. It is necessary to constantly reinvent the forms of organization and develop the power in defense of Journalism — as a profession and as a social form of knowledge," he said.

The survey also gathered demographic data about Brazilian journalists, and found that, just like ten years ago, this labor category is still made up mostly of women (58%), white people (68%), single individuals (53%), up to 40 year-olds (59.3%), and residents of the country's southeastern region (61.5%). However, an important fact in comparison with the first edition of the survey is that the share of men has grown six percentage points in the last ten years: they went from 36% to 42% of journalists in the country.

Another significant change is the seven percentage point increase in the presence of Black journalists: from 23% in 2012 to 30% in 2021. For Lima, this is a result of, "probably a combination of quotas in universities, actions for more diversity in the market and self-identification driven by the advancement of anti-racist struggles in society in the last decade. Indigenous people represent only 0.4% of journalists, the same percentage found in the first edition of the survey.

LJR: Why is the "Brazilian Journalist Profile" survey important?

SPL: The survey is important because it is the most systematic survey of the current condition of Brazilian journalists. It is the most systematic study (with a solid statistical basis) and the most representative of the entire national territory — there were more than 7 thousand respondents from all the states of the Federation and the Federal District. It is also a survey that is in its second edition, and from the first to the current edition we have improved the methods and made the survey more and more precise, despite the difficulties of mapping a category that does not require registration in a formal professional body, like a Brazilian Professional Council, for example. In this sense, the survey is an indispensable reference both for those who organize the work category (Unions, National Federation and Professional Associations) and for those who scientifically study journalists or train them. Ultimately it is relevant for activists, political actors, public officials, researchers, and journalism professors. 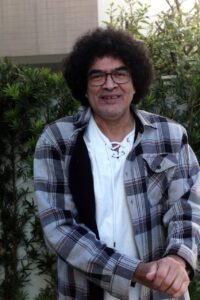 What most caught your attention in the data collected in this edition of the survey?

Summarizing it very briefly (after all we have more than 100 spreadsheets with data from the study), I would say that one of the most significant data was the increase in the presence of Black people among journalists in Brazil: from 23% in 2012 to 30% in 2021; probably resulting from the combination of quotas in universities, actions for more diversity in the market and self-identification driven by the advancement of anti-racist struggles in society in the last decade. Secondly, the increased participation of men in the labor market, in a context of unemployment and economic crisis, is relevant. The study states that journalists in Brazil are still mostly women (58%), white (68%), single (53%), and up to 40 years old, a profile that has changed little in relation to the survey carried out nine years ago. However, if the profession is still predominantly female, the participation of women has been reduced by six points in comparison to the previous study (64%): the presence of men has grown from 36% to 42%, partially reversing the feminization movement of the profession observed in previous surveys. Finally, journalism pays too little to highly trained professionals. The monthly income of 60% of journalists is less than R$ 5,500 [US$ 1,020] per month and only 12% receive more than R$ 11,000 [US$ 2,040]. The data contrasts with the education level of Brazilian journalists: 42.3% have completed college, another 28.6% have a specialization (post-graduate studies, broadly-speaking), and 14.7% have a master's degree.

What are the most significant points in which the scenario mapped in 2021 differs most from that mapped in 2012? And which ones have remained the same? And how do you evaluate these continuities and changes?

Regarding the continuities and gaps between the first study (2012) and the current one (2021), I think we can emphasize the trend of precarious conditions in the journalistic labor market as the main continuity. It is important to remember that between the original study and its update, we had many events that contributed to the deterioration of the labor market, in general, in Brazil: the labor reform of 2017, political instability (impeachment of former president Dilma Rousseff, in 2016), economic crisis, the implementation of the neoliberal agenda. All of this affected the labor market as a whole — and its results also affected the Brazilian journalism labor market. So, I evaluate this as an important continuity. It is also possible to observe as a continuity the increase in the presence of the Black population among journalists (from 23% in 2012 to 30% in 2021); this was something expected as an effect of social and racial inclusion public policies, combined with self-identification by race (fruit of anti-racist mobilization), so this is a relevant continuity. Another that is a change, but also a continuity, is the one that refers to the diversification of the profession, that is, journalism is increasingly mixed— as we have said — operating less and less in "pure" formats such as either only press office or only journalism (verification, feature story, etc.) and increasingly in interfaces both with various possibilities or nuances of journalistic work, and in varied connections with other professional activities.

What do the survey results say about the current situation of Brazilian journalists?

As a complement to question 2, we can highlight that the profession of journalism in Brazil today is under a kind of "time bomb," from the point of view of precarious working conditions and the worsening of work-related health. The research data "is screaming" at us that the precarization of journalistic work has deepened significantly based on several indicators. Regarding the types of contracts, the volume of CLT contracts [hired under labor regulations] has fallen (from 60% in 2012 to 45.8% in the current study), a probable effect of the labor reform. And precarious agreements account for 24%: freelancers, those providing services without a contract, contractors and individual microentrepreneurs (MEI). Other alarming data relate to working hours: the percentage of journalists with a daily workload higher than 8 hours remains high (42.2%) and 3.2% of the respondents said they work more than 13 hours a day — considering the aggravating fact that 60% of Brazilian journalists are under 40 years old. In terms of occupational health, to summarize, we have a serious picture of indicators: a) 66.2% feel stressed at work (while 33.8% answered no); b) 34.1% have been diagnosed with stress (against 65.9% who answered negatively); c) 20.1% have been diagnosed with some work-related mental disorder and another 31.4% have been prescribed antidepressants; d) around 20% have been diagnosed with Repetitive Strain Injuries (RSIs)/Work-Related Musculoskeletal Disorders (WMSDs); and, finally, e) 40% of journalists stated they have suffered phychological harassment and 11% sexual harassment.

The good news is the reconfiguration of the labor market, according to data from the News Atlas survey, which we quoted in the Profile's final report: there has been a significant growth of "alternative and independent structures as opposed to hegemonic media corporations" (according to the "News Atlas, 2020" survey, 1,170 new digital journalism news outlets were created between 2019 and 2020), but they involve about 10% of media professionals.

What impact would you like this research to have on the lives of Brazilian journalists and on the journalistic environment in the country?

First, that it continues to contribute to the improvement of studies about journalists in the country, especially in the scope of work of the Brazilian Association of Researchers in Journalism (SBPJor), notably in the Network of Studies on Identity and Profession of Journalists (RETIJ), which articulates dozens of researchers at a national level, as well as INTERCOM, COMPÓS and other entities that gather researchers in the field of journalism and communication. Second, this research can contribute to journalists organizing, in the form of unions, associations, the National Federation — FENAJ can use the data as a reference to refine its action strategies. Third, for journalists who have access to the data, they can better define their individual career strategies and trajectory. They can also become aware of the importance of collective action to demand improvement in working conditions, salaries, work-related health, etc. It is very difficult to reverse the scenario of precarization through individual engagements. This is not only a challenge for journalists, but for the working class. It is necessary to constantly reinvent the forms of organization and develop the power in defense of Journalism — as a profession and as a social form of knowledge.

Do you intend to maintain the frequency of the research, producing a new edition every 10 years?

Yes, the idea is to maintain this frequency to a decade, because we think this is a more fruitful period in which to observe changes and continuities in Journalism. So, the next round will be in 2031.