Threatened journalist killed in Veracruz, Mexico is the third reporter killed in country this week

In a deadly week for the Mexican press, a third journalist has been killed in the country. 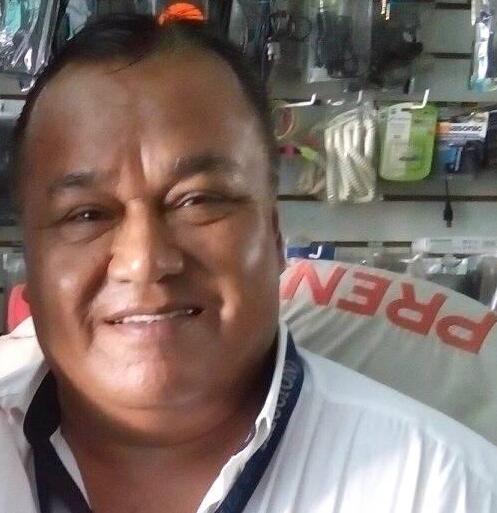 Jorge Celestino Ruiz Vázquez was shot around 9 p.m. in the town of Actopan in the state of Veracruz on Aug. 2, according to organization Periodistas Desplazados y Riesgo México.

Newspaper Ríodoce cited authorities as saying that Ruiz, a reporter for El Gráfico de Xalapa, had received death threats. Additionally, it said his house was shot at on three occassions.

The State Attorney General of Veracruz instructed that all lines of investigation be pursued, particularly Ruiz Vázquez's journalistic work, according to a government press release.

Additionally, the State Attorney General's office "will investigate why the protection measures dictated in favor of the victim and his family, which were in force, were not complied with."

However, the Secretary for Public Security (SSP) of Veracruz wrote via Facebook, "protection measures in favor of journalist Jorge Celestino Ruiz Vázquez were implemented in a timely manner, in accordance with the requirements of the Prosecutor Specialized in Electoral Crimes and Crimes against Freedom of Expression." Those requirements were issued on April 24, 2019, according to the post.

According to newspaper El Universal, sources with the SSP said the protection requested by the prosecutor was related to his home, meaning not involving escorts.

The SSP said that during a July 24 visit, it was reported that "in encounters with the escorts of the Mayor of Actopan, whether on the street or elsewhere, they directed him aggressive looks or of provocation but without exchanging words."

Veracruz Governor Cuitláhuac García Jiménez (of the Morena party) said Ruiz Vázquez had denounced corruption in Actopan and "he was very critical toward the mayor," José Paulino Domínguez (of the PAN party), as reported by El Universal.

The publication separately reported that the journalist "criminally denounced harassment by the municipal president of Actopan" on Oct. 24, 2018.

However, Domínguez has said "never in the government I preside over has freedom of expression been curtailed nor has any communicator been assaulted or attacked," as reported by El Universal.

"I say this bluntly: I am not involved in the aforementioned investigation file or the unfortunate events that occurred this Friday," the government official said, according to the publication.

Information has circulated regarding an investigative file from October 2018 in which the journalist denounced damage to his vehicle and pointed to municipal employees, according to El Universal. Domínguez said he instructed for those pointed out to clarify the facts to the state attorney general.

He also called on García Jiménez for a thorough investigation and to bring those responsible to justice.

Ruiz is the second journalist killed in Mexico on Aug. 2. During the morning, Edgar Alberto Nava López was shot on a beach in the state of Guerrero. He was a municipal employee and administrator of the Facebook news page La Verdad de Zihuatanejo.

On the night of July 30, the body of journalist Rogelio Barragán was found in the trunk of a car in the state of Morelos. He was director of news site Guerrero Al Instante.