Journalism organizations can better their relationships between newsrooms and their audiences by being more transparent, said director and founder of elDiario.es, Ignacio Escolar, during the opening session of the 13th Ibero-American Colloquium on Digital Journalism.

Since 2008, on the following day of the International Symposium of Online Journalism, the Ibero-American Colloquium brings together journalists from Latin America, Spain and Portugal in a discussion about the present and future of journalism in the region.

As a part of this tradition, Escolar had this conversation with the founder and director of the Knight Center, Rosental Alves, about elDiario.es’s successful business model. The organization is independent and the audience pays for the work.

“In elDiario.es, we are independent because we are rentable. Because there are no big banks or businesses in our administrative council. Because the principal shareholders are the journalists,” Escolar said. 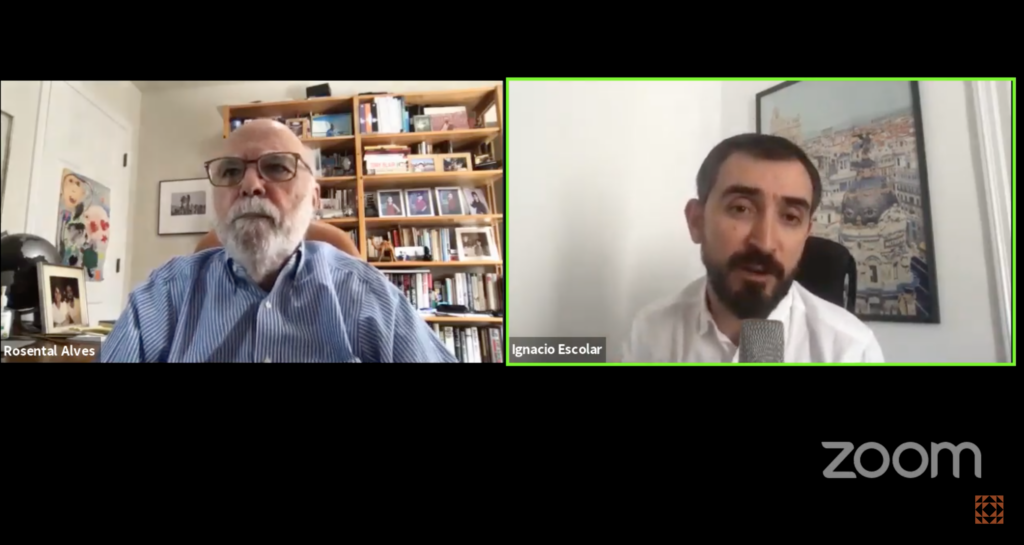 He gave some key recommendations to gain the audience's trust and support. His main suggestion was transparency. When the quarantines started in Spain, elDiario.es published a video directed to their audience showing their accounts and explaining their financial situation.

“You have to speak to your audience in a very honest, clear way explaining to them what exactly is going on, counting figures, stating what the problem is exactly and what a solution could be, in a most honest way possible,” Escolar said.

He said that clarity generates trust because the audience can better understand the reality and see how they can help. A good relationship with the audience, in addition to an original or investigative work, can motivate news consumers.

“They always say, ‘not that, in my county, payment will not work. This is something that works in other countries,’” Escolar commented. “That is what they told us in Spain eight years ago when we launched elDiario.es. I think that the payment via the internet is going to work in all the countries sooner or later. It is a mistake to think that in your country it will not work and to delay the changes.”