U.S. Representative Debbie Dingell, a Democrat from Michigan, introduced a private bill in Congress to grant Mexican journalist Emilio Gutiérrez Soto an immigrant visa or permanent resident status after his asylum case was denied in February. 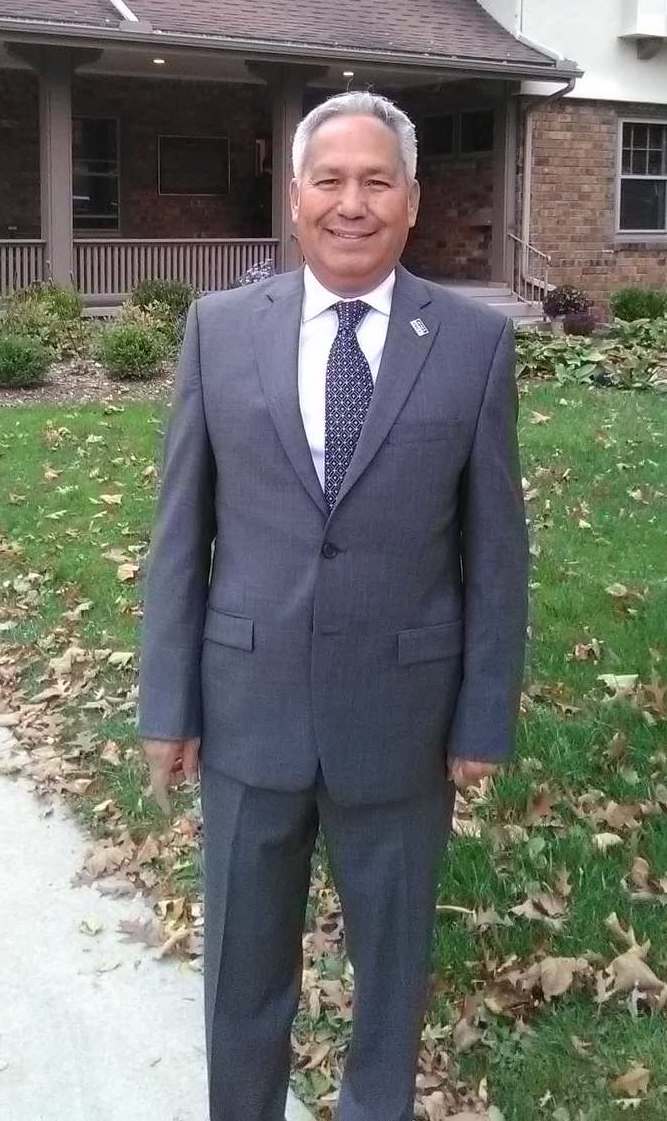 Additionally, Dingell and a fellow member of Congress, Rep. Fred Upton, a Republican from Michigan, wrote a letter to Acting Director of ICE, Ronaldo Vitiello, to urge asylum for the reporter.

“Very clearly, Emilio’s –if he were to return to Mexico– life is being threatened, and he and his family would be living in very difficult circumstances. This country is a place where people need to be able to seek political asylum,” Dingell said March 15 on the radio program “Stateside.” “Many of the people that are working with him talk about what a good person he is. He was doing his job, documenting crimes committed by Mexican soldiers.”

The representative also emphasized that Gutiérrez Soto has followed U.S. laws since being in the country and that there is an obligation to protect a free press.

The journalist told the Knight Center he is very grateful for the representatives’ efforts.

“They are really taking into account the importance and the role that ICE plays in this process, our lives are at risk,” he said.

“What’s being attempted is to preserve two lives before the injustice committed by a judge. And that seems very surprising to me and I appreciate it very much,” Gutiérrez added.

Gutiérrez Soto and his son fled to the U.S. from Mexico in 2008 after being notified that someone in the Mexican military planned to kill him. He had written about alleged abuses by the military against civilians in Ascensión, Mexico. Upon requesting asylum at the border, he was placed in detention by U.S. officials.

After nine years, Judge Robert Hough denied the father and son’s requests for asylum in July 2017. But, in May 2018, the Board of Immigration Appeals (BIA) ordered a new hearing for the consideration of new evidence.

Hough again denied the case on Feb. 28, 2019, finding that Gutiérrez Soto was “not a credible witness” and that there was wasn’t sufficient testimony or evidence to show the journalist was persecuted in Mexico or will be persecuted if he goes back, according to the judge’s decision.

Gutiérrez Soto’s lawyer has appealed to the Board of Immigration Appeals (BIA).

In the midst of these court decisions, the journalist and his son were nearly deported in December 2017, but saved by an emergency stay. However, they were held in ICE detention for seven months and released in July 2018.

Gutiérrez Soto has been a Knight-Wallace Fellow at the University of Michigan since September 2018.

“We have been trying to get a sponsor for [the bill] for a long time and the Congresswoman from Michigan along with her staff, Tim Huebner, are the folks who actually finally did it,” Eduardo Beckett, lawyer for Gutiérrez Soto, told the Knight Center. “We are forever grateful for their awesome work and hope that swift justice will either come from the private bill or the appeals courts.”

Previously, while the journalist was in detention in summer 2018, Dingell had written a letter to the ICE acting director supporting Gutiérrez Soto’s release and ability to go to the University, and so was aware of the case, according to what Lynette Clemetson, director of the Wallace House, home of the Knight-Wallace Fellowships for Journalists, told the Knight Center.

H.R. 1751, a private bill that applies solely to the relief of Gutiérrez Soto and his son, was introduced by Dingell on March 13 and has been referred to the House Committee on the Judiciary. If approved, it will provide legal permanent residence for father and son, Beckett explained.

“By a member introducing a private bill, Immigration understands that we are really taking a very strong stance that this is something we’re concerned about,” Dingell said on the radio program “Stateside.”

The bill would have to make it through both the House of Representatives and the Senate, and ultimately be signed by President Donald Trump.

“[Rep. Fred Upton] had heard about this case as much as I had and when we found out that his case for asylum had been denied, I said ‘Fred, we need to do this in a bipartisan way. Will you do a letter with me?,’” Dingell said. “When you do private bills you are not allowed to have co-sponsors, but, I have been talking to a number of my colleagues throughout the House and we are looking at further things that we can do on a bipartisan way that shows that somebody can do their job and not face death threats and harassment from a military and from the government.”

Beckett said he thinks a bipartisan approach is the way to proceed with the bill.

“I think the first amendment, it doesn’t belong to any party, it’s just a Constitutional thing and it doesn’t matter what you believe in, everybody will agree that the First Amendment is very vital to this country, to democracy,” Beckett said.

Beckett said a network of the journalist’s supporters across the country are reaching out to members of Congress in their districts to get support for the bill.

In the letter that Dingell and Upton wrote to the Acting Director of ICE, in support for asylum for Gutiérrez Soto, the representatives noted, “Mexico remains the deadliest country for journalists worldwide that is not engaged in armed conflict and two journalists have already been murdered in the country this year.”

“Given this set of facts, along with the legitimate documented concerns surrounding Mr. Gutiérrez Soto’s safety, we strongly support his request for asylum,” it continued. “It is our hope that due consideration is given to his case, and we thank you for your attention to this important matter.”

Another journalist has been killed in Mexico since they released the letter. Radio host Santiago Barroso was shot in the doorway to his home in the Mexican state of Sonora on March 15.

“The University of Michigan community, members of the media, advocates for press freedom around the country, and many Americans continue to share our deep concern about Mr. Gutiérrez Soto’s safety should he return to Mexico,” the letter from Dingell and Upton read.

The Knight Center contacted ICE regarding the letter, but did not receive a response.

Clemetson, who testified at Gutiérrez Soto’s second asylum hearing, said that the latest denial of asylum was devastating for those in the Knight-Wallace Fellows program.

“Certainly we got involved last year because Emilio’s case was important. He was a reporter who was in danger and wanted to remain in journalism, and so it made him a strong candidate for our program,” Clemetson said. “But, he’s now been a Knight-Wallace Fellow since September and so it is not an abstract issue anymore for us. He is a person, he is our friend, he is a colleague, he is someone who people know well here. And we’ve all heard a great deal about his case.”

“Other countries look to the United States for guidance on how to stand ethically on issues,” she said. “And for countries that already act with impunity, if the United States is not going to stand up for the freedom and safety of the press, then it allows countries that already disregard press freedom to act with even greater impunity, to even more willfully disregard the lives and the work of reporters.”