Four journalistic initiatives with an editorial focus on the periphery and favelas of Brazil launched a solution for distributing and monetizing their news on Tuesday, Aug. 24th. The Território da Notícias (TN) platform installed 25 screens in commercial establishments in the periphery and favelas of the city of São Paulo. In addition to showing news, the screens also show advertisements. 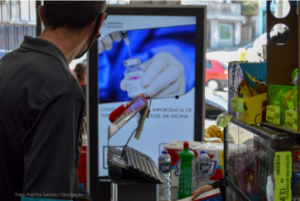 TN screen installed in a market in the south of São Paulo. In all, there will be 25 screens, with an estimated audience of between 500 and 800,000 people per month. Credit: Patrícia Santos

“Each screen means a reach of the public that social networks do not allow and also the generation of income that will monetize the audience. It's not just about showing the content, but transforming this strategy into income generation,” Ronaldo Matos, commercial manager of TN, journalist, and co-founder of news site Desenrola and Não Me Enrola told LatAm Journalism Review (LJR).

In addition to Desenrola, journalistic collectives Alma Preta, Embarque Nodireito and Periferia em Movimento are also part of TN. The content of each site shown on the screens can be accessed via a QR code.

“We have a very strong debate about news deserts, but often the news we produce does not reach those who need it because it has a distribution bottleneck,” Simone Freire, marketing manager at TN, told LJR.

The comparison of the difficulties faced by local journalism in the peripheries and favela with the news deserts is pertinent. According to the most recent edition of the News Atlas, 17.9 percent of Brazilian municipalities do not have a journalistic outlet in operation. In general, they are small municipalities, with a median population of 7,100 inhabitants. 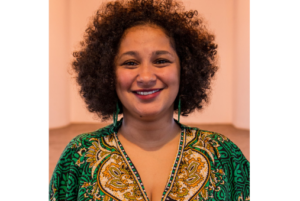 Simone Freire, marketing manager of TN: 'We map partner commercial establishments thinking about the audience and we join with the great journalistic production that already comes from these collectives'

Although the periphery and favelas of large cities are not considered news deserts, as they are generally part of larger cities where there are news outlets, these populations have specific information needs. Even when there are local outlets producing content, distribution is an additional barrier.

A survey by the Communication and Territories Forum identified 97 active local journalism initiatives in 2019 in the city of São Paulo, the largest city in Brazil with 12 million inhabitants. TN estimates its 25 home screens will reach between 500,000 to 800,000 people a month.

TN's inspiration comes from advertising displays that exist in elevators in corporate buildings, at bus stops and in train and subway stations. Many of them, in addition to advertisements, also feature news headlines as a way to attract the attention of passersby.

“We map partner commercial establishments thinking about the audience. They needed to have a large flow of clients and we joined with the great journalistic production that already comes from these collectives,” Freire explained.

TN emerged from a project selected by the Google News Initiative Innovation Challenge in Latin America in 2019. With the money, the team developed its own technological solution that interconnects the screens with a news and advertisement publishing system. It is maintained by a team of 20 people, including journalists and technicians, with support from sales, finance, and marketing teams. 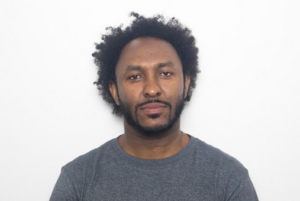 Ronaldo Matos, commercial manager at TN: 'the desert is not only for news production, but also for distribution' (Courtesy)

“One of our biggest challenges is to get investors for our operation. We have our own technology, our own team. In addition, the ad sales plan and method is ours. The product adapted to the structural inequality of internet access in Brazil, where the cell phone is the main connection tool,” Matos said.

And investments will be needed, once consolidated, for TN to expand its reach in the city of São Paulo, including new journalistic initiatives. It also plans to enter new cities, such as Rio de Janeiro, which, like São Paulo, has an important scene of journalism produced in the favelas.

“Anyone who graduates from college in five years' time will be able to create a journalism site in their neighborhood with TN's far-reaching network,” Matos predicted. "It will also be able to monetize its content, as an alternative to social networks, meeting ethical and editorial principles of journalistic quality."