Original (Dec. 3, 2018): Instruction on entrepreneurial journalism is present in just 2.8 percent of universities and journalism schools in Latin America, while that same figure is 20 percent in Spain.

This is according to the most recent study from SembraMedia, an organization created in 2015 to foster digital entrepreneurial journalism in Spanish. 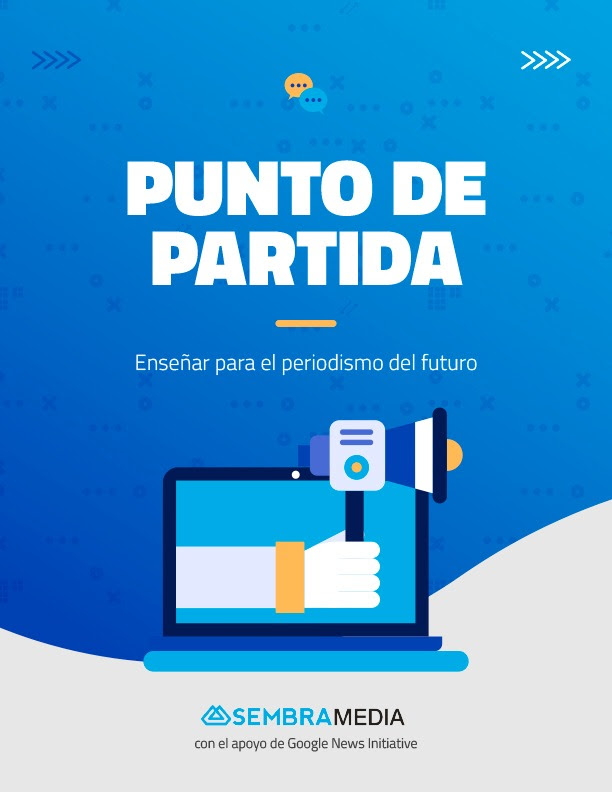 SembraMedia recently released a report looking at the number of entrepreneurial journalism professors in Ibero-America. (Screenshot)

“There is ample room for universities to start incorporating this kind of course in their curricula,” Patricio Contreras, journalist and Chilean professor responsible for the organization’s academic initiatives, told the Knight Center. He also noted that this small proportion “says something regrettable, that the training of journalists does not consider that as a skill to be incorporated into the ethos and the identity of the journalist.”

“Journalists in Latin America have been consolidated as professionals who can report, design, produce and distribute stories and content, but within that definition there isn’t the idea that they can also contribute to strengthening the ecosystem of media,” Contreras said.

On Dec. 3, SembraMedia launched the study “Punto de Partida" (Starting Point), which looks at a “forgotten link” in the area of entrepreneurial journalism: professors.

Among the findings, the organization discovered that most of the professors of entrepreneurial journalism at universities in Ibero-America started lecturing on the subject in the last six years and have practical experience in the subject, having already created some projects related to media, journalism and communication. Among their main challenges are to bring students closer to an economic mindset and to make them understand the magnitude of the transformation journalistic media is going through.

Mijal Iastrebner, co-founder of SembraMedia, told the Knight Center that she and Janine Warner, also co-founder of the organization, met in 2014 while giving classes on entrepreneurial journalism and believed they were “alone in the universe.”

“We felt that there was not a marked path, but that we were literally inventing materials constantly and that many of the case studies were from the United States or from Europe in some cases, but we did not find case studies in Latin America and both of us were interested in being able to show the reality of cases closer to our students,” Iastrebner said.

SembraMedia was born from this concern in 2015. Two years later, "Punto de Inflexión" ("Inflection Point") launched in July 2017 with interviews with 100 digital journalism entrepreneurs in the region. Now, they’ve decided to look at the education of the next generation’s journalism entrepreneurs, with the support of Google News Initiative.

“At SembraMedia, we try to first study the phenomenon and then take concrete actions based on the findings of the things we investigate,” Contreras said. “Janine Warner and Mijal had the curiosity to learn what is happening inside the journalism schools in relation to teaching entrepreneurial journalism and we made the decision to approach that phenomenon from the concrete experiences of the professors who approach these kinds of topics in their courses.” 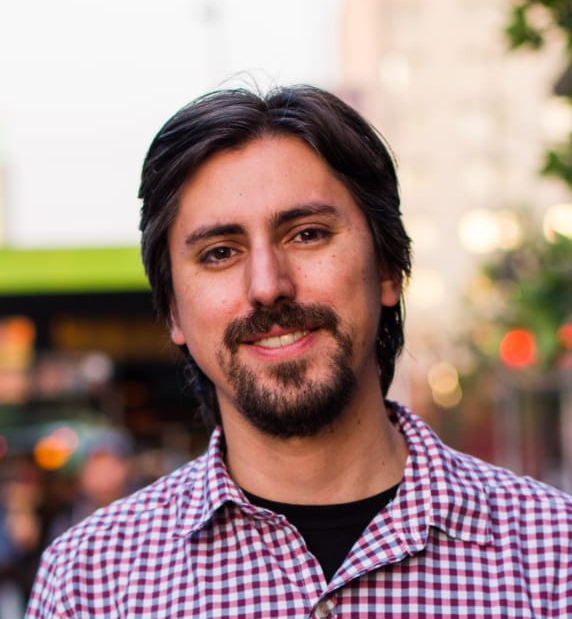 He was responsible for the study, which began identifying professors of entrepreneurial journalism teaching in Spanish in Ibero-America. They found 59 of them – 11 in Spain and the other 49 in Latin America. They decided to interview 25 professors, also including Brazil and the U.S. among the countries analyzed: Spain, Argentina, Chile, Peru, Uruguay, Mexico, Bolivia, Brazil, Colombia, Costa Rica, Ecuador, Puerto Rico, U.S. and Venezuela.

Among all professors interviewed, 76 percent started giving classes in entrepreneurial journalism starting in 2012. The same percentage had worked as reporters and 24 percent worked as editors. Fifty-two percent had master’s degrees and 36 percent had doctorates. Almost two-thirds of professors (64 percent) have already participated in the founding of a media outlet, so they have practical experience with the subject, and 80 percent have already invited at least one entrepreneurial journalist to share their experience with the students.

The study also collected data on entrepreneurial journalism courses taught by the professors interviewed: 92 percent are semiannual and are undergraduate courses, and 76 percent are compulsory subjects in the curriculum of the journalism or communication degree.

The professors also presented their evaluation of the relationship of their students with the courses. For 48 percent, what motivates students is the possibility of creating something of their own, with editorial and economic freedom, and for 28 percent of the professors, their students are interested in the possibility of creating an alternative to already established media. On the other hand, what most discourages students are the lack of economic resources for starting a media outlet and the lack of capabilities for designing and managing a new media outlet.

The challenge of the economic mindset

For professors, one of the main challenges in the classroom is the lack of an economic mindset among students, referring to the understanding necessary to financially balance a journalistic project or understand basic aspects of accounting.

Iastrebner assesses that for a long time there was no talk of money in journalism courses. “When I say they did not talk about money, I’m not talking about entrepreneurship, I’m talking about the culture of not knowing how much your editor at the newspaper charges, or the overall difference of money that the newspaper’s owner has with the writer at the end of the month.”

She says that she began teaching entrepreneurial journalism in 2013 and that, in dealing with these issues with her students, “on several occasions people left the classes offended.” “Being journalists, they were completely against talking about money, and for me it was exactly the opposite. The fact of not talking about money took away from us real independence and criteria about what we were getting into.”

But she also notes a shift in recent years, also fueled by the explosion of independent digital media. “The new generations that go into the market are already looking a little more flexibly toward the business models and they understand that it is necessary –although they are not going to be the accountants of their media outlet– to understand the logic to be able to make suitable decisions.” 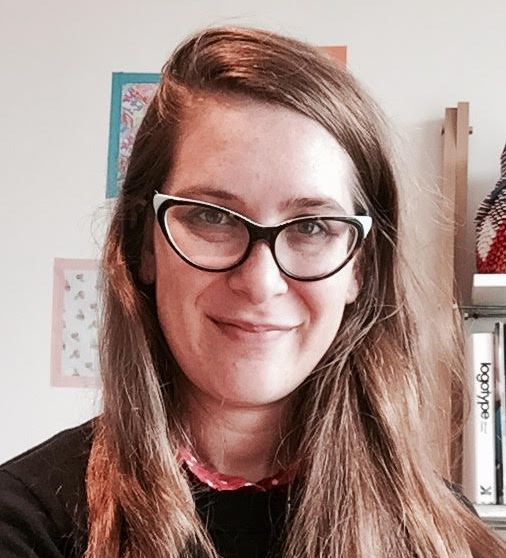 Contreras notes that universities have the opportunity to create partnerships between the communication or journalism nuclei and those of economics, administration and business.

“If your communication or journalism school does not have the necessary resources, say, to train students in communications or journalism to have an economic mindset, seek help, go to others who do know how to do it, create the transfer of knowledge and of experience,” he suggested. “If in journalism it is understood that today collaboration is key, within the newsrooms, between media, and with the audience, collaboration within universities should also be key.”

Professors also reported student difficulty in understanding the magnitude of the transformation that journalism has undergone in the last decade. This understanding is crucial for students to be able to understand the importance of dealing with entrepreneurial journalism in the classroom, some interviewees said.

The skills learned in entrepreneurial journalism classes are not only for entrepreneurship but for “making proposals in the media in which they work and managing their careers as freelancers.”

A performance model and a network for teachers

From what the professors shared, the study proposes a performance model for teaching entrepreneurial journalism in Ibero-America. A fifth of the professors interviewed by the SembraMedia team achieved the highest performance according to the model. They are the ones who most incorporate content and basic concepts about entrepreneurial journalism into their classes, those who most published articles and books on the subject and whose students started their own journalism projects using what they explored in the courses.

On the other hand, professors who are more distant from the performance model have in common the fact that they have no practical experience with entrepreneurial journalism and have fewer years teaching the subject.

“The results achieved by professors who have had experiences as entrepreneurs are noted. Therefore, we believe that there is an opportunity to grow if more media entrepreneurs started teaching at universities. We would probably have some more and more prepared digital media entrepreneurs because those who had previous experience already made mistakes, they already learned this negative side of some experiments and can pass that knowledge to their students.” 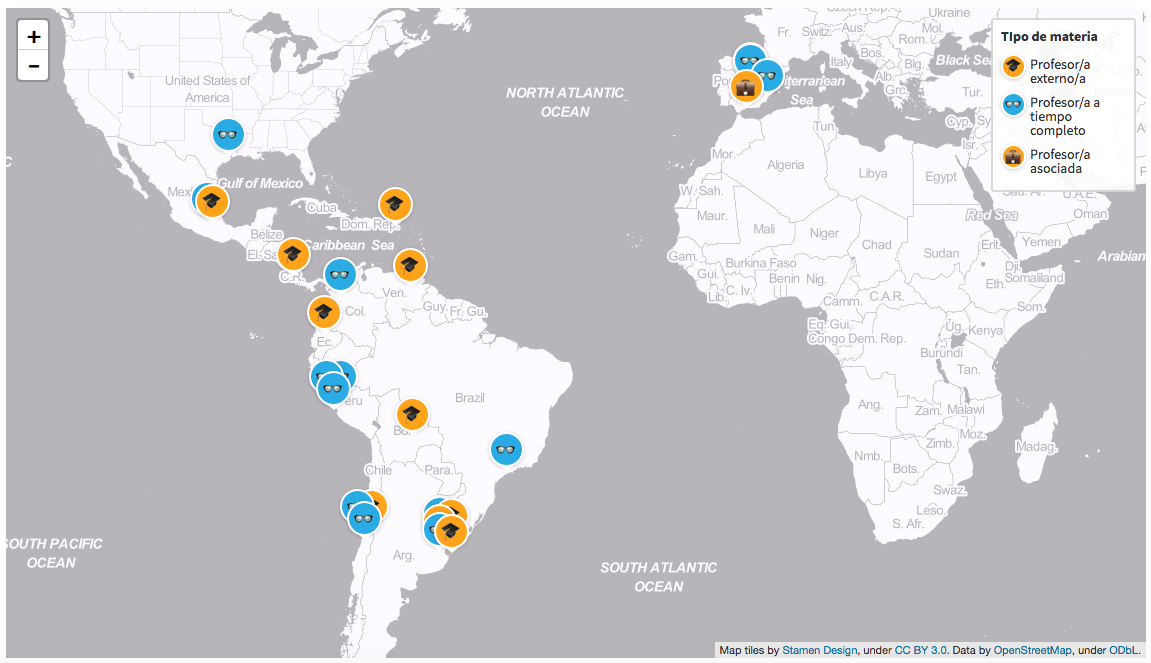 SembraMedia created a map of professors in Ibero-America who teach entrepreneurial journalism. (Screenshot)

This is also one of the recommendations of the study, which also proposes, among other suggestions, that professors and universities establish links with the entrepreneurship ecosystem in general, transferring knowledge, technologies, networks and opportunities to instructors and students .

The creation of a network of professors of entrepreneurial journalism in Ibero-America is one of the objectives of the project, which created a page on its site dedicated to connecting these professionals.

“We hope that it will be useful for them to exchange information, organize events, think about joint methodologies, create case studies that can be useful for everyone,” Iastrebner said. “The idea is that SembraMedia acts as a matchmaker among the professors and that these professors find a form of internal governance, supported and facilitated by SembraMedia.”

For the co-founder of the organization, these professionals occupy a central place in entrepreneurial journalism that thrives in the region. “It really seems like a good time to highlight the work that many professors are doing in a very self-managed and self-taught way, which I think is very honorable. We as an organization need these people who are pioneers, and we support them and we want to help them not only to be able to do it more, better and for more people, but also to encourage others to join on this road.”