Journalistic investigations about issues of impact are often complex, especially long-term ones. They mix documents, people, companies and authorities in often elaborate storylines in which it is easy to get lost. Difficulties understanding the content may lead to losing the audience for extremely important reporting, despite the journalist’s best intentions to make it clear and well-explained. 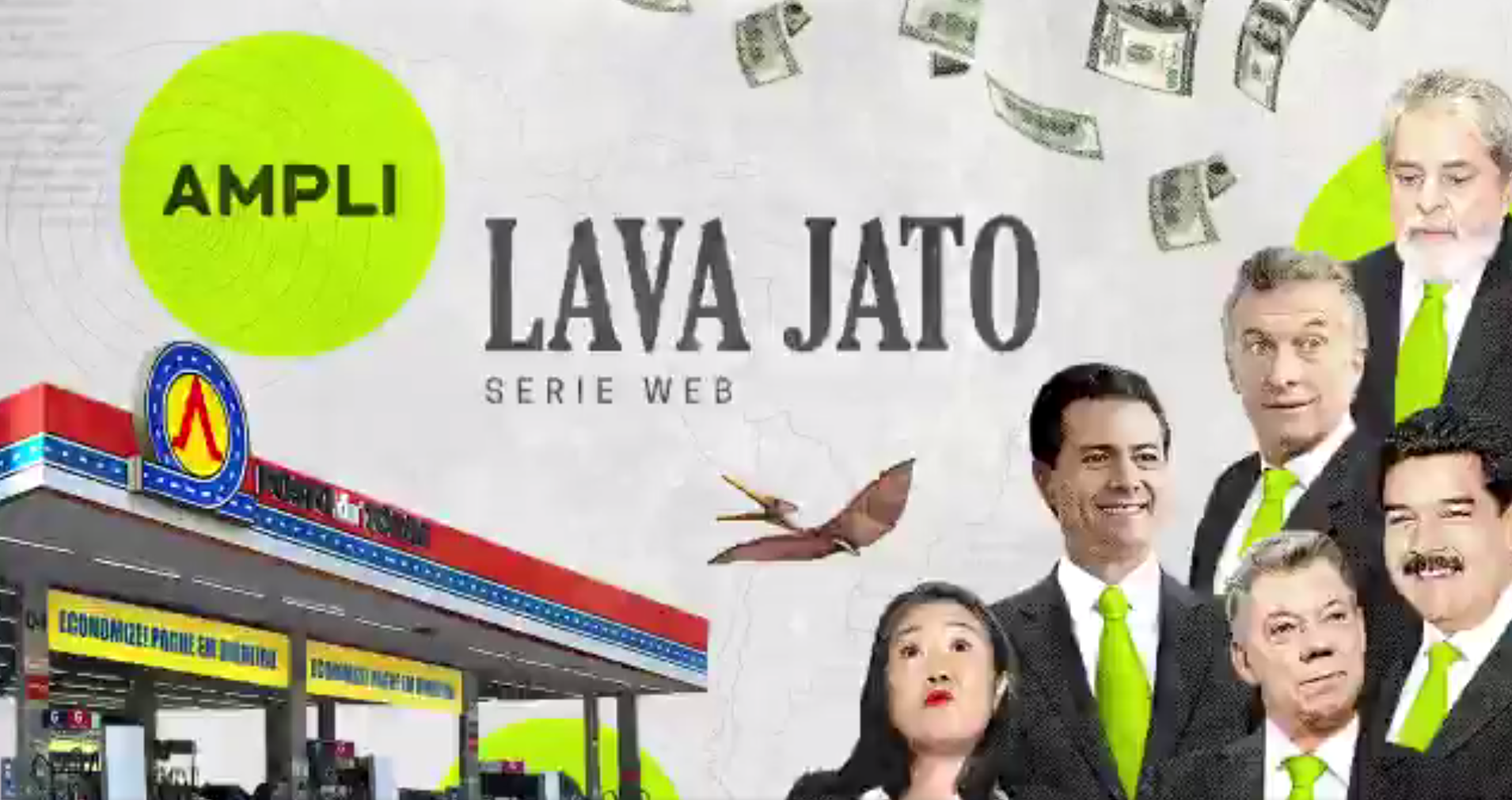 The new channel Ampli debuted with a series on Operation Car Wash. (Screenshot)

Ampli, a channel of informative content, interviews and investigation of subjects relevant to Latin America, has emerged to increase understanding and the diffusion of important and complex reporting. It mixes explanatory journalism and humor, and has already debuted with a three-episode series about Operation Car Wash and its developments in the region.

“At Ampli, we want to approach journalism, along with our sensitivity and our ability to boost the audience, which are a bit different from journalism. What we do for this to work, because doing journalism is a serious thing, is look for alliances,” Juan Ravell, CEO of Plop Contenido, the producer of Ampli, told the Knight Center.

Ravell and his company are behind one of Venezuela’s most popular satirical sites, El Chigüire Bipolar, and several other political humor projects in the country and in Latin America, such as El Reporte Semanal and Isla Presidencial.

The idea of taking a step forward and getting even closer to journalism came from Plop and Ravell’s broad experience in political humor. For this, it was necessary to seek partnerships with seasoned investigative journalists on the continent, such as reporter and editor Romina Mella, co-founder of IDL-Reporteros, an independent investigative journalism site in Peru.

Since 2011, Romina and her team have produced several investigations about the relationships between the Brazilian construction company Odebrecht and the Peruvian government. With the company at the center of the corruption case discovered by Operation Car Wash in Brazil, it was not long before similar scandals broke out on the continent.

"In 2015, we created a Latin American network to cover the case, because we realized that it was the most important case of corruption in Latin America. The network continues today as a virtual newsroom. We share a lot of information, sources and knowledge, to reveal information in all countries," Mella told the Knight Center.

This same network was activated for the production of the three videos on Operation Car Wash that mark the debut of the Ampli channel. “They served as sources, as fact-checkers and as investigative journalists, for a series faithful to reality, with a little of our style, satire, many analogies. An entertaining explanation of a complex issue,” Ravell said.

The three videos from Ampli’s series on Operation Car Wash last just over 26 minutes, but they took eight months of production, from idea to publication, including research, scripting, animation and editing. The choice of topic was strategic, since according to Ravell, the operation reached almost every country in Latin America.

“The Car Wash case transcended more borders. The technology of corruption that was exported from Brazil was implemented everywhere. We feel that to launch a media outlet that does explanatory journalism with satire, there’s nothing better than Car Wash to unite the entire region,” the CEO of Plop Contenido said. 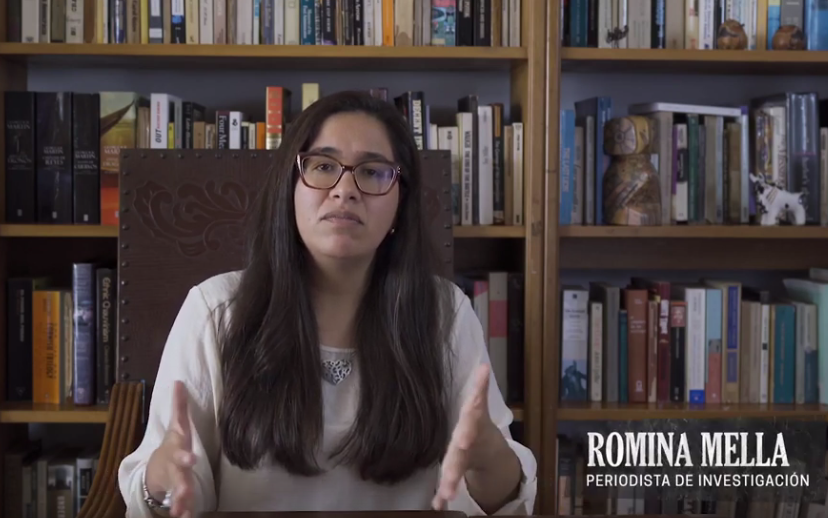 Romina Mella, investigative journalist from IDL-Reporteros, collaborated with the Ampli team on the series. (Screenshot)

In an instructional way, the videos explain the main facts of Operation Car Wash in Latin America, from the beginning of the investigations in Brazil, with the arrests of the then-director of supplies at Petrobras, Paulo Roberto Costa, and the convicted money launderer Alberto Youssef, passing through the department of structured operations set up within Odebrecht just to manage the payment of bribes to politicians, and onto the slowness with which the judicial systems of the region have been dealing with the issue.

With a lot of humor, references to pop culture and fun animations, the series on Operation Car Wash produced by Ampli has the merit of unifying the intricate narrative of the corruption scheme, informing and at the same time amusing the public. And as the story continues to unfold in the real world, new videos are not out of the question.

The recent discovery that the Brazilian judge in the case, Sergio Moro (now Justice Minister appointed by President Jair Bolsonaro), and the main prosecutor, Deltan Dallagnol, exchanged more information than would be expected during the investigation of the case, as revealed by The Intercept Brazil, indicates that more chapters may arise.

“The leaking of conversations between Moro and Dallagnol) ruin the series,” Ravell joked. “We were very conscience to never elevate Moro’s role as the savior, because when he accepted being minister, suspicions had already arisen.”

After the series on Operation Car Wash, Ampli already has other videos in pre-production, according to Ravell. Beyond producing content, they are experimenting with narratives that mix journalism and humor, feeling the public’s reception.

“There are stories in pre-production. We also are doing other pieces of content that are less ambitious, smaller stories, with a presenter. Something to balance the effort spent on series like the one about Car Wash, which are more sensitive to produce.”

The good news is that the Ampli team is looking for stories and partnerships with journalists around the region. According to Ravell, they would be curious stories that reveal both the behind-the-scenes of crises and sensitive information about the reality of Latin America.

“This process was very interesting, we learned a lot and we do not want that to be it. We want to work with other journalists, from other countries,” Ravell said.

Experimenting with a new language

The CEO of Plop Contenido believes that Ampli is still in an experimental stage, in which he wants to test the premise that it is possible to produce news content with a humorous footprint. 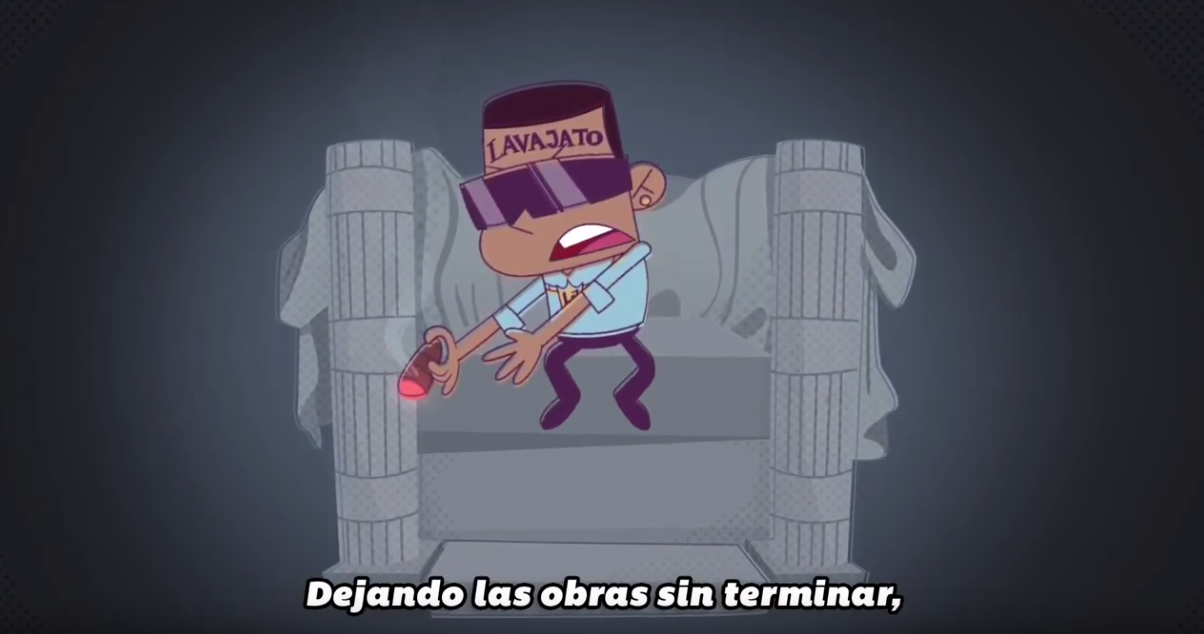 The series uses humorous elements, such as a rap, to explain the scandal. (Screenshot)

“(We want) to boost the audience and above all to demonstrate that there is an appetite for these topics in Latin America. I say with total sincerity, it is a very experimental thing. We are in genesis. The series (about Operation Car Wash) launched, but there is a lot to try,” Ravell said.

That proposal excites journalists like Mella, who intends to continue collaborating with the channel on new investigations of corruption cases and scandals in Latin America.

“It seems to me like a great opportunity to take these big investigations, very complex, to this format of humor so that many more people can understand, in a way that awakens interest. I believe that the humor generates a great closeness with the public. We journalists are interested in people understanding and knowing our stories, and through humor, that happens,” Mella said.