After virtual congress with 10,000 participants, Abraji evaluates hybrid model for the coming years

This edition, which was free of charge, broke the participation record: there were more than 10,000 people who enrolled in the congress, in addition to 2,400 on the 2nd Data Sunday and 1,400 at the VII Research Seminar. Last year, the face-to-face edition had 1,200 participants.

It was so successful that the organizers considered changing the format of the congress for the following years. “The result was so positive that the board of directors and council decided that the virtual [element] is here to stay… We will analyze how to do an even better congress in 2021 and, if the pandemic allows, in a hybrid fashion, with an in-person and virtual component,” Cristina Zahar, journalist and executive secretary of Abraji, told the LatAm Journalism Review. 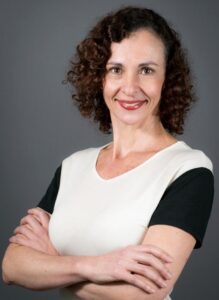 Before this edition, the record number of participants had been 1,300 in 2013, when the congress took place in Rio de Janeiro, in conjunction with the global congress of the Global Investigative Journalism Network.

In addition to having a larger audience, the online model allowed the audience to be more diverse, with the attendance of students, journalists and professors of various regions of the country, Zahar stated, including people that maybe would not have had resources to travel to São Paulo.

“The decision to hold a free congress for the first time also contributed to that record number of attendees, because the economic crisis caused by the pandemic impacted newsrooms. Many journalists were laid off or had their salaries cut,” she said.

Since the event was free, Abraji asked that those who had the means could donate to the association. Zahar said that donations reached 10% of the registration value of 2019, which she considers very positive.

There are advantages and disadvantages to the virtual model, according to Zahar. Logistics were simpler, as they did not include airline tickets, hotel reservations, restaurants, booths, credentials or kits for participants. On the other hand, she said that doing the online congress was like "changing the tire of a moving car."

"The truth is that the events went online from one hour to another and nobody really knew how to do it," Zahar said.

Another advantage, she added, was that national and international big names in journalism, who would not have been able to attend, were able to participate.

A negative aspect about the virtual congress is that the opportunities to network are very limited when compared to an in-person event. For this edition, organizers opted for recording part of the conferences, courses and workshops to avoid problems of internet instability and to keep in real time some of the activities to stimulate interaction.

“Life is made up of options and you can’t have it all, right? By having sessions 50-50 (half recorded, half live) and some masterful classes completely live we compensated a bit for the loss of interaction. However, we are fully aware that network is a strong characteristic of in-person events that is very difficult to compensate virtually,” Zahar explained.

The activities covered a range of topics, such as the pandemic’s impact on the economy and newsrooms, to the physical and mental health of journalists. Another session that had a lot of repercussions focused on racism inside and outside of newsrooms. The speakers also spoke about disinformation, polarization and online attacks against journalists. You can view the congress’ event schedule here.

The recorded content will be available for 30 days until Oct. 12, via the congress’ platform. So there is still time to register. Whoever attends 50% of the events can receive a certificate of participation. Zahar said that the organizers are considering putting the content on YouTube after that period.

In addition to the Knight Center for Journalism in the Americas, which is an institutional promoter of the congress, the event is sponsored by the Facebook Journalism Project, Google News Initiative, Grupo Globo and Luminate. They also had the support from Estadão, Folha de S. Paulo, Itaú, JSK, Poder360, Trust Project, Twitter and UOL, CBN, Correio and Grupo RBS.