At the age of 23, Guatemalan journalist Carlos Kestler gives visibility to his country’s journalism with a project that was a finalist for an international award

A little more than a year after graduating from college, Guatemalan journalist Carlos Raúl Kestler has already angered his country's president, been nominated for an international award and sent shivers down the spines of Guatemala's communications authorities with a journalistic investigation.

This year, Kestler became one of three finalists for the Thomson Foundation's Young Journalist of the Year award at the London Foreign Press Association (FPA) Media Awards, held in the British capital on Nov. 28. More than 300 participants under the age of 30 from developing countries applied for the award, with first place going to India's Yashraj Sharma.

"The opportunity for the work we do in Guatemala to be seen internationally is a very good thing, especially because in Guatemala the press is working in a very complicated situation," Kestler said in an interview with LatAm Journalism Review (LJR) upon his return from London. 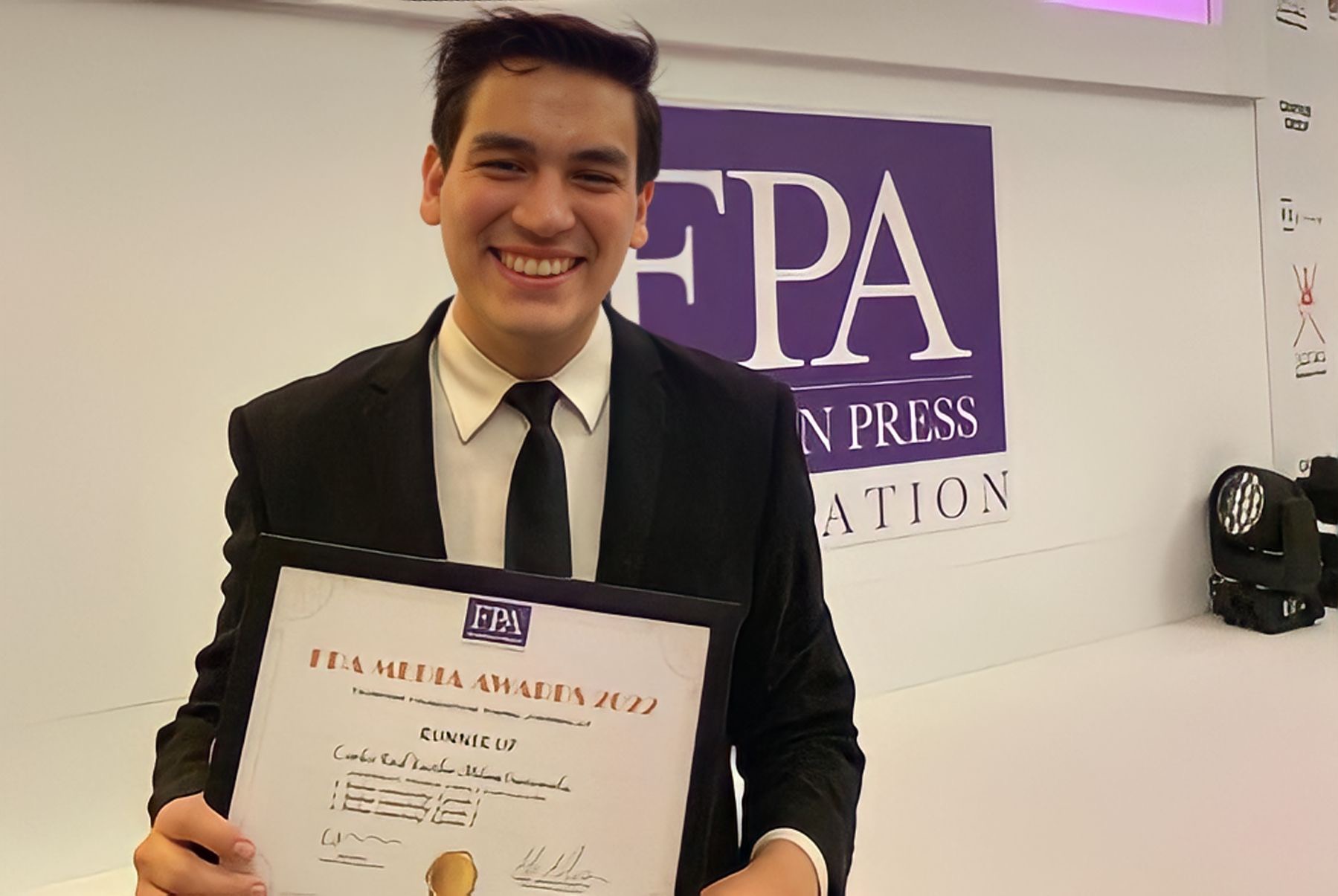 Carlos Kestler received a diploma as a runner up for the Young Journalist of the Year award at the London Foreign Press Association Media Awards. (Photo: Courtesy Carlos Kestler)

Throughout 2022, several journalists have had to flee Guatemala due to pressure, intimidation, attacks, or threats. That's in addition to the fact that under the government of President Alejandro Giammattei, access to public information has been hampered.

"Despite all the complications, that Guatemalan journalism work stands out internationally, and that journalists with great track records from around the world can see it, is very good for me," said Kestler.

The work for which Kestler received the award is entitled "Conectividad rota [Broken Connectivity]." It is a series of four feature stories on how the poor state of the Central American country's roads has taken a heavy toll on the lives of Guatemalans. The stories were published both in print, in the newspaper Prensa Libre, and on video, in Noticiero Guatevisión, news outlets where Kestler works as a reporter.

"Broken Connectivity" was praised by the FPA jury for its fresh and accessible narrative to tell the story of a serious problem that affects millions of people.

“This was thought to be an astonishing portrait of Guatemala through the quality of its roads. To me, it was completely captivating,” Alessandro Alocca, a journalist with the Italian daily La Repubblica, one of the jury members, told LJR. “I found joy and happiness in the midst of the disaster that is the roads. Carlos injected humor into a serious situation to great effect.”

Just at a time when hostility and violence are the bread and butter of journalism in Guatemala, Kestler said that "Broken Connectivity" represents the kind of journalism he wants to do: fresh journalism that appeals to new audiences, without leaving aside the basic values of journalism and placing people at the center of the stories. 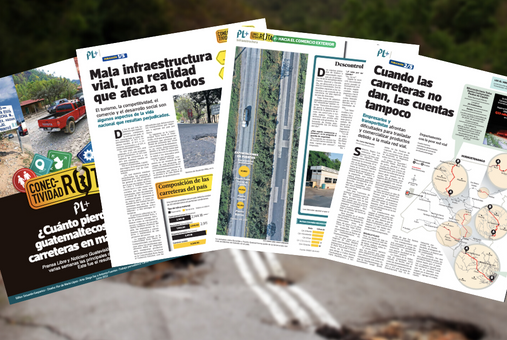 "Maybe that's what we have to aim for to reach those people who avoid the news, which is a group that is growing more and more," he said. "A journalism that is not so square, so mapped out and not so serious, in the sense of boring and inaccessible. Perhaps that’s the way for people to continue trusting journalists and the work we do, because in the end that is what we seek, to serve the citizenry."

Kestler knows that being a Thomson Foundation Award finalist and gaining notoriety for an investigation at the age of 23 sets a high bar and expectations for his future career. However, the journalist takes this as motivation to continue telling stories that allow him to empathize with the problems affecting his fellow Guatemalans.

"I do feel pressure to continue reaching high levels of quality in my work, but more than pressure I try to turn  it into motivation," he said. "There are many realities and life stories that deserve to be heard and that deserve to have the microphone for a moment. [The award] motivates me to continue doing journalism where the human person is at the center of everything."

Much has been said in the Guatemalan media about the poor state of the road network and how difficult it is to access some communities. However, never before had a journalist traveled through this road network and captured, both in writing and on video, the difficulties of traveling to the interior of the country.

To make "Broken Connectivity," Kestler, photojournalist Carlos Hernández and a driver traveled more than 3,600 kilometers of roads for a month. That is about a quarter of the total number of roads in Guatemala. 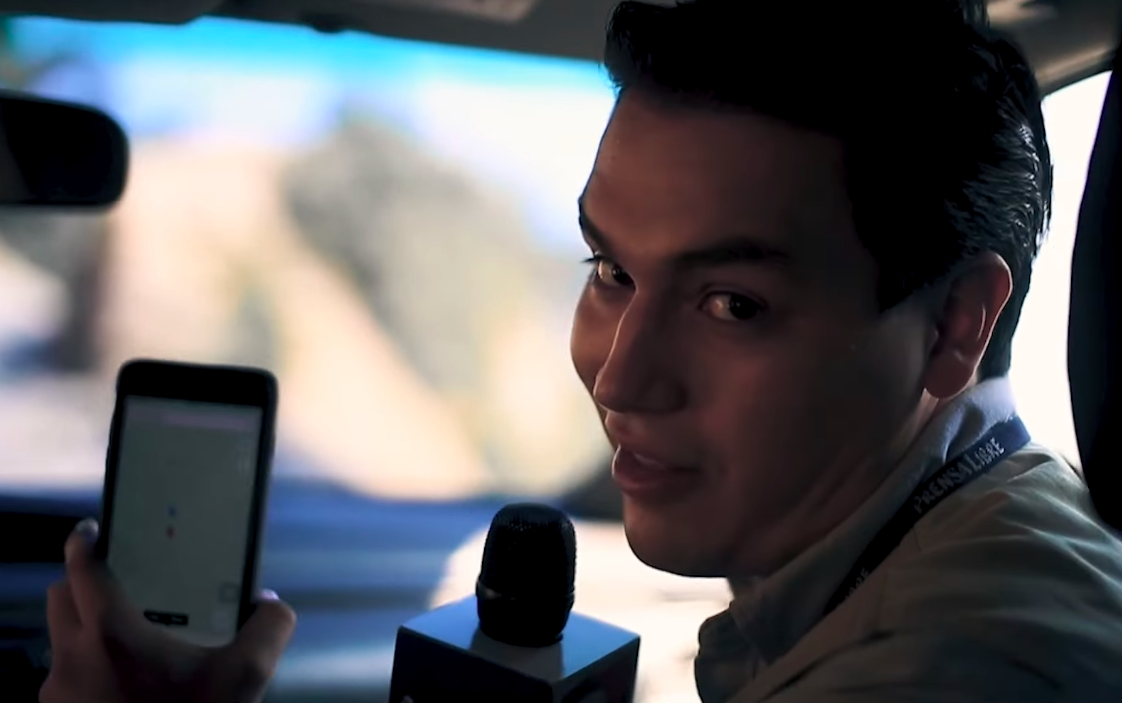 Kestler and his team traveled the roads of Guatemala for a month while making the series. (Photo: Screenshot from YouTube)

"Here we are talking about more than 30 [roads] nationwide. So the magnitude in which we show the problem and the fact that we drove through 25 percent of the country's road network has never been done before," he said.

However, for Kestler, his work’s main innovation is the fact that it went beyond denouncing the poor state of the road infrastructure. From the beginning, the Prensa Libre and Guatevisión team decided that each of the stories would have Guatemalan men and women as protagonists.

"We had to say, well yes, this road has potholes, but what do people say about that? How does that impact people who depend on tourism, or people who are truck drivers, or people who live in places where there are no roads?," he said. "Behind every pothole there had to be someone who could say why that pothole is a big problem, beyond there being a hole on the road."

The first installment of "Broken Connectivity" tells how the poor state of the road network affects areas of Guatemala's economic life such as tourism. The second part tells how the substandard roads undermine social development in the country. The third story focuses on the consequences on both internal and external trade, while the fourth story talks about how the Ministry of Communications is responsible for this problem.

When the reports were published, between June and July 2022, they had immediate repercussions in social networks, mainly due to people's indignation when they learned about the magnitude of the problem, according to Kestler. In addition, after the publication of the series, the authorities began repairing at least two of the road sections mentioned in the reports.

"I can't say for sure whether the decision to move forward with the repair of those two roads was because of the story, but it did happen after [the publication of] the story," Kestler said. "You’d have to ask the authorities, but you can see the difference."

President Alejandro Giammattei held a press conference on Oct. 12 of this year at the facilities of the National Coordinator for Disaster Reduction (CONRED, by its Spanish acronym), at the time the storm "Julia" passed through Guatemala.

After talking about the emergency situation and answering some questions from the press, the President abruptly ended the press conference after a couple of questions from Kestler.

The journalist questioned some of the decisions made by the president to combat the emergency that in the past had proven to be ineffective and, on the contrary, had led to acts of corruption.

Giammattei became annoyed, raised his voice and accused the journalist of suggesting not to help the victims.

"Congratulations. Let's do nothing and let people continue to die. [...] Is the answer 'let's not dredge [the rivers to avoid floods] and let people die'? Excuse me, Mr. journalist. It seems to me that this is a totally irresponsible position," the president said. He then stood up and left the place. 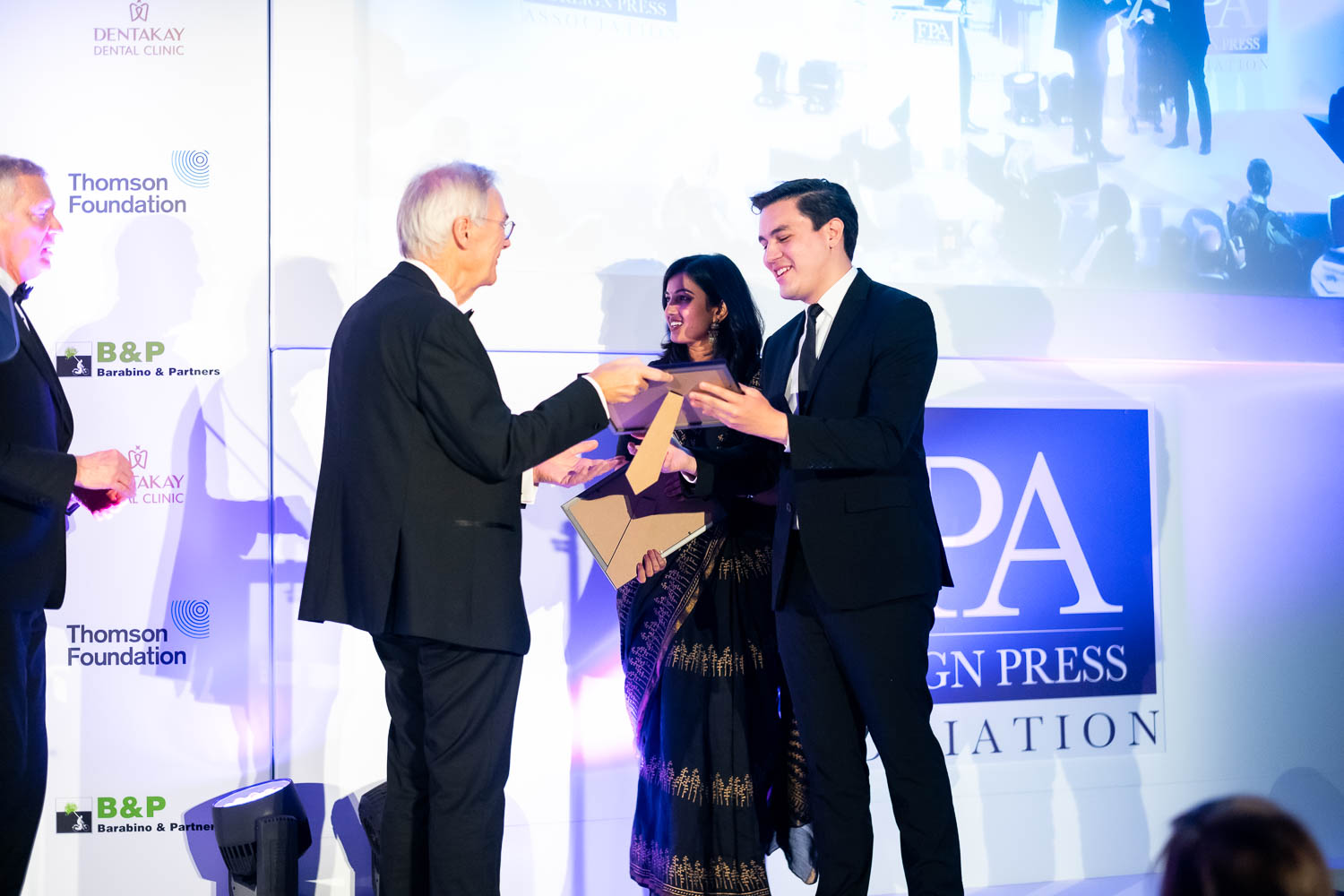 The disagreement between Kestler and Giammattei was removed from the official channels of the Presidency of Guatemala. That press conference was one of the few in which the president allowed questions from reporters.

For Kestler, the president's reaction to his questioning accurately reflects the opaqueness and lack of transparency that has existed throughout his administration.

Giammattei has attended public events up to four times a week since he began his term in January 2020. However, he rarely answers questions from journalists, and if he does, he chooses the reporters who can question him, according to the analysis "Giammattei, el presidente que no habla con la prensa" (Giammattei, the president who does not talk to the press), prepared by the newspaper La Hora.

"That little anecdote is just a tiny example of the tense environment journalists experience in Guatemala," Kestler said. "In my case, maybe [Giammattei] answered me rudely and cut the conference short because of me. But other [journalists] are threatened with death, they intimidate their families, disseminate private content, hack their social media or throw them in jail."

On July 29, 2022, the journalist and founder of the newspaper elPeriódico, José Rubén Zamora, was arrested, accused of money laundering and influence peddling by the Guatemalan Attorney General's Office, a few days after launching strong criticism of Giammattei’s government in his news outlet.

The journalist's home and the offices of elPeriódico were raided and the news outlet's bank accounts were seized by authorities. On Dec. 8, a judge ordered Zamora to stand trial in a case that international press freedom organizations have described as an attempt to silence critical voices in Guatemala.

For Kestler, the case of Zamora and elPeriódico illustrates how dangerous it has become to practice journalism in Guatemala.

"It is a consequence of the constant and growing harassment and siege of journalists who, at the end of the day, end up not telling the story on such important platforms as elPeriódico," he said. "[Zamora's case] is seen as a very, very bad precedent for this government and for journalism in Guatemala, which hopefully will not be repeated with other news outlets."

Far from choosing to stop revealing corruption to avoid being targets of the government, Kestler believes journalists should shield themselves with indisputable work, with accurate and verified data.

"[Stopping covering corruption] is not a measure I want to take, because that would be like stopping doing our job and at the end of the day that’s what the people with power want, not to be talked about and for us not to tell stories that put them in the spotlight," he said.