This article is part of LJR’s occasional series on Digital Natives, news organizations or journalists who have been innovating Latin American journalism on the internet.

When he started to develop the project that would turn into Agência Infra, journalist Dimmi Amora counted on fellow journalists interested in entrepreneurship. However, when it came time to quit fixed jobs and take the risk of venturing into something that might not work, everyone gave up

“We worked on modeling, we set up everything and we needed to make the decision whether or not we were going [to start Infra] and nobody wanted to. I went alone and decided to leave Folha [de S.Paulo] and start the Agência Infra project,” Amora told the LatAm Journalism Review.

After 20 years of an award filled career in major newspapers, he understood that it was time for a change. With the Brazilian economy and the journalism business model in a state of crisis, the journalist noticed a deterioration of the working conditions impacting his capacity to produce quality work.

“I thought I was producing a lot and which was of low quality. Sometimes I wrote eight to ten stories a month. As of 2014, that number was per week. And I wanted to do something else and decided to start a business and have control over the production,” he said.

Agência Infra started in 2017 as a result of this initiative as the first Brazilian digital native outlet specializes in covering infrastructure. Amora started to follow this sector closely when he moved from Rio de Janeiro to Brasilia in 2010. At the time, the Brazilian economy was going through a boom and many investments were necessary for the 2014 World Cup and the 2016 Olympics.

Dimmi Amora, founder of Agência Infra: a journalistic product to serve a specific sector of the market. Photo: André Coelho

“I had always covered the crime, political, city and government beats, however I always liked covering [stories about] big building projects, investment, auctions, [that is] things that, once ready, improve people’s life quality. And also because of the corruption scandals that usually happen [around these types of investments],” said Amora, who was in daily contact with sources of the sector and realized there was a demand for more and better information on the subject. “The people [of the sector] complained many times about the lack of information. And that creates economic difficulties because you don't have quality information. ”

The infrastructure sector encompasses a series of installations and systems that allow the economy to function in a country, like transportation and energy. In Brazil, there is a strong demand for investment in these areas that move billions of reais and attract national and international investors.

They accomplished the first task of entrepreneurial journalism, which is to find an unfulfilled niche of information. It was time to offer a product or service to this market. Infra studied various models, such as paid subscription websites, being a magazine, advertising revenue, but in the end, what worked was having the structure of a news agency for an audience that needed quick information to reference in making business decisions.

“We created a product that could take away a task that the audience needed to do, hours that they would spend gathering information about the infrastructure system, we could do that and that would give them more time and savings. With that, we are able to have a number of clients that is not large, but of high value,” Amora explained.

Zélia Adghirni, an emeritus professor at the College of Communication at the University of Brasilia, believes that the emergence and consolidation of Agência Infra are related to the demand of a public capable of supporting journalistic businesses in very specific niches.

“The independence of these outlets is important to highlight the power of journalism as an instrument of credibility and expression of citizenship because their readers who go to their site and get information are people with a high level of education, and these people are seeking independent and honest information,” she told LJR.

In the beginning, the partners’ expectation was to manage all the content and have an independent sales department, but, as the project progressed, they ended up hiring reporters for the agency and they themselves took on the management of sales so that the new projects would come to fruition, especially the events.

With a consolidated subscriber base that makes their business sustainable, Infra also has complementary services, such as content production for third parties through the coverage of events in the infrastructure area. In fact, the outlet had plans to host events of their own but postponed them because of the COVID-19 pandemic. 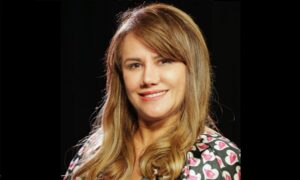 “We have many contacts, both with the public sector as with the private sector, these are our sources [of information]. Therefore, it is much easier for us to propose events, lectures and debates, so that this generates revenue for the agency. Because we are good reporters, we have good sources and we ended up becoming good salespeople,” Leila Coimbra, a partner of Infra, told the LJR. “It's not easy to give up a job with [a steady paycheck and benefits] to take a chance on entrepreneurship, but in journalism, there aren’t many alternatives left if you don't create new products, new niches.”

Coimbra became a partner of the agency five months after it was founded and is tasked with covering the energy beat. Coimbra's motivation when she joined Infra was the same as Amora's: to be able to dedicate herself exclusively to covering the beat they are specialists in and, thus, to write articles with higher quality. The partners’ expectation then was to manage all the content and have an independent sales department in charge of generating revenue. But that is not exactly what happened, even more so during the pandemic.

“Without face-to-face coverage, reporters need to be more oriented, there are several meetings. Dimmi and I need to look at billing, events and also find the exclusive stories. I have to work 24 hours a day,” Coimbra said.

Today, in addition to the two partners, the team also has two permanent journalists and three staff employees, as well as professionals working in the administrative, commercial, technology and design departments. And the workload has multiplied during the pandemic.

"I fell into a trap," Amora joked. “But the fact that I have to share my time between journalism and management takes some of my production energy, but I try to put my main energy into journalistic production.”