One of the oldest and most prestigious international journalism awards, the Maria Moors Cabot Prize of the Columbia Journalism School, will give this year’s medals and special citations to women journalists from Brazil, Mexico, Honduras and the United States.

Mary Beth Sheridan, current Mexico and Central America correspondent for The Washington Post, will receive the prize on Oct. 12 along with Latin American colleagues in recognition of her work as a journalist and her contribution to greater inter-American understanding. 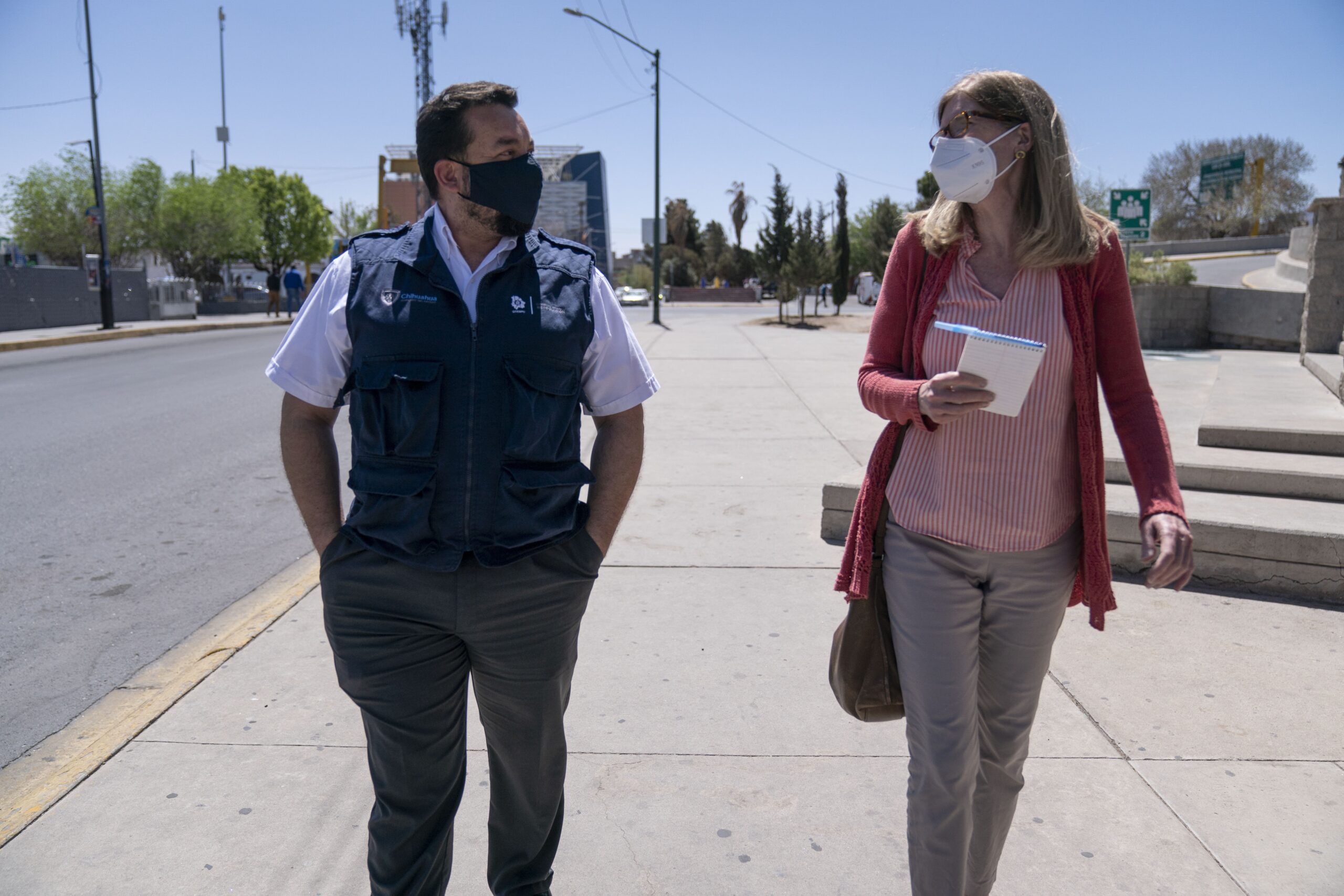 Sheridan previously worked as a foreign correspondent in Bogotá for the Miami Herald, and in Mexico for the Los Angeles Times. In 2018, she returned to Mexico as a correspondent, but now for The Post.

According to The Washington Post, her best report last year was "Losing Control." In that story, Sheridan shows how organized crime violence is transforming Mexico.

During a recent reporting trip to the country, she realized “it had become nearly impossible for local journalists to write about what was going on” in the town she was writing about, as she told LatAm Journalism Review (LJR).

The long-time correspondent considers it an honor to join the long-line of mentors, colleagues and people who inspired her and previously won the Cabot Prize.

“The Latin American winners of the prize have inspired my work; they’re real heroes of the democratic transition in the region,” she continued.

Below is Sheridan’s interview with LJR.

LatAm Journalism Review: When and why did you decide to enter journalism?

Mary Beth Sheridan: I entered journalism largely by accident. As a kid, I loved drawing; I joined my high school paper hoping to be a cartoonist. I wasn’t very good at it. But I could write. I became editor of the paper and then won a scholarship from the Scripps-Howard newspaper chain for college. In order to renew my scholarship every year, I had to keep working in journalism; I became news editor of the college paper, and wrote for local weeklies.

When I finished college, I decided to go to Spain, try to launch a career as a foreign correspondent. (I had spent my junior year in England and had discovered life abroad). I got a part-time job at the Associated Press in Madrid and fell in love with the craft. I felt the AP really informed the world – and what fun it was! That was the beginning of what would be eight years with AP, and then a long career as a reporter and editor.

LJR:This year, all Cabot Prize recipients are women. What particular challenges have you faced as a woman reporting on Latin America?

MBS: For the most part, people I’ve interviewed have taken me seriously; they understood I represented an important newspaper – no matter my gender.

Still, in the 1990s, I can remember being ignored sometimes when in small groups of male politicians or journalists. While insulting, that occasionally proved an advantage. People forgot I was there, and talked more freely around me than they might have otherwise. So I was able to glean more information.

I actually think it can be an advantage to be a female journalist. People sometimes see women as more nurturing or less threatening and open up more.

LJR: What is an important mistake you’ve made in your career, what did you learn from it and how does it inform your future work?

MBS: In 2005, while covering immigration in Washington. I reported on how intensified security screening post-9/11 was leading to interminable delays for Arab and Muslim applicants for green cards and U.S. passports. I had the overall picture nailed down, but I needed a case to illustrate the problem.

An Iraqi refugee called with the perfect story: he was eager to go home and work as a translator for the U.S. military at a critical moment in the war, but his immigration application was stuck in the backlog. I called a U.S. immigration spokesman to ask about the case, and he never called back; I assumed it was because authorities couldn’t comment, under privacy laws.

The story was published and suddenly the spokesman called back. It turned out the man’s application had been delayed because he’d committed a crime. I was horrified by my mistake. That taught me to always double-check every fact in an article and to be wary of my own temptation to believe a really good tale – a story “too good to check.”

LJR: What is the most interesting story you have edited or written lately?

MBS: I wrote a story in early June about the extraordinary violence in Mexican local elections, a sign of growing efforts by organized-crime groups to control territory. I spent five days in Taxco, a charming colonial silver-mining town in Guerrero state that I’d last visited 20 years earlier. Today, a crime group has assumed quiet but firm control of the city – extorting taxi drivers, setting rules for some merchants, dominating the police. The trip allowed me to understand the symbiotic relationship between crime groups and politicians. I also realized it had become nearly impossible for local journalists to write about what was going on. One crusading local reporter who did expose corruption was gunned down outside his home a few years ago. I was shocked by the transformation of the city and how deeply crime groups have penetrated even pretty tourist locales.

LJR: In recent years, the state of the media in the region has become increasingly challenging. What is your vision for the near future of journalism in Mexico and Central America?

MBS: I’ve been so inspired by the rise of excellent independent journalism sites like El Faro in El Salvador, and Animal Politico and Quinto Elemento Lab in Mexico. Despite difficult conditions – the economy, danger, government opacity and heavy-handedness – those journalists have done really fine work.

Having said that, there are a lot of worrying trends.

Many news organizations remain dependent on government advertising and are subject to official pressure. They’ve struggled to find a successful business model that doesn’t rely on government funding. That’s been especially tough in a moment of economic crisis and digital transformation.

In countries like El Salvador and Nicaragua, there is rising government retaliation against critical reporters and publications. In Mexico, the president has demonized reporters and news organizations he disagrees with.

And organized-crime groups have silenced media and killed a shocking number of journalists. Sadly, I don’t see that changing any time soon.

LJR: What piece of advice do you have for young journalists?

MBS: Keep fighting. Don’t give up. Good journalism is hard, but it’s so rewarding. Keep searching for ways to improve – to be a better reporter, a better writer, a more creative journalist.

Be relentless in search of quality – triple-checking your facts, never compromising on ethics. Be willing to experiment with ideas and ways of presenting stories, and if a story doesn’t take off right away, don’t be discouraged. Keep trying.

LJR: What does receiving this award mean to you?

MBS: I was inspired to cover Latin America in college, as I read about the wars in Central America and developed a fascination with the region. My heroes were people like Julia Preston and Stephen Kinzer and Alma Guillermoprieto and Alan Riding. All were winners of the Cabot Prize.

Later, I was lucky enough to work for editors renowned for their Latin American coverage, like Juan Tamayo and Don Bohning. They were Cabot winners. One of my most important mentors as a young journalist was Bill Montalbano – a Cabot awardee. Many of my cherished colleagues have won the Cabot. The Latin American winners of the prize have inspired my work; they’re real heroes of the democratic transition in the region.

To join that distinguished fraternity/sorority is an extraordinary honor.