At least six writs of security regarding Jair Bolsonaro's blocking of Brazilian journalists and citizens on his social media are awaiting judgment in the Federal Supreme Court (STF, by its Portuguese acronym), according to an investigation by LatAm Journalism Review (LJR). The legal actions were presented between 2019 and 2021 and, so far, there is no prediction of when they will be judged.

Meanwhile, the president of Brazil continues to block citizens, journalists and media outlets on his social media. He is the Brazilian authority that blocks press professionals on Twitter the most, according to a survey by the Brazilian Association of Investigative Journalism (Abraji) that was released on Jan. 12. 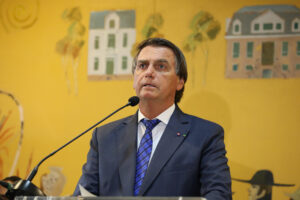 A writ of security is a legal tool aimed at “protecting a clear and true right, [...] whenever, illegally or through the abuse of power, any physical or legal person suffers a violation or when there is simply a fear of suffering it by the part of authorities,” according to law 12,016/2009.

Abraji is proposing two writs that await trial by the STF, filed in July 2021. The organization asks that the Supreme Court prohibit Bolsonaro from blocking journalists, communicators and columnists on his Twitter account and suspending the blocking already carried out.

In October, Augusto Aras, Prosecutor-General of Brazil, spoke about the request to the STF, defending the president's right to block followers on his social media. According to Aras, Bolsonaro's profiles in the media are not configured as official means of communication. The attorney considers that the profiles of the president are tools for private use, whose management is not linked to Public Administration.

"This possibility of blocking helps calm angry moods, avoid the spread of disqualifying comments and hate speech, and the harmful polarization that threatens democracy, especially in political and religious environments," Aras said.

The Prosecutor-General presented similar arguments in response to four other writs on this issue. In Aug. 2019, congresswoman Natalia Bonavides (Workers’ Party-Rio Grande do Norte) asked the STF to rule that Bolsonaro should unblock her Twitter account. In Sept. 2019, it was journalist William de Lucca, and in Dec. 2020, anthropologist Débora Diniz. In May 2020, lawyer Leonardo Medeiros also asked the STF to rule that Bolsonaro unblock him on Instagram. Although the Prosecutor-General has already submitted his statement regarding these writs, a date has not been set for their judgement.

The most recent writ among those found by LJR and which is still awaiting a ruling by Aras was filed in Dec. 2021 by lawyer Ronan Botelho. He told Folha de Londrina that he was motivated by Bolsonaro’s blocking of the site Congresso em Foco, which specializes in covering the federal legislature, on Twitter. Botelho asked the STF to prevent Bolsonaro from blocking followers on social media and to extend this ban to other Brazilian authorities.

Two STF ministers already said they were in favor of ruling that the president unblock followers in his social media. In November 2020, Justice Marco Aurélio Mello, rapporteur of the writ presented by Leonardo Medeiros, affirmed through his vote that Bolsonaro's posts on his Instagram account "are not limited to personal, intimate or private issues." Rather, they "deal with relevant matters for the entire community, using his profile as a means of communication for official acts as Chief of the Federal Executive Power.”

“It is not possible, as President of the Republic, to play the role of censor of speech in social media, blocking the profile of the petitioner, which sets a dangerous precedent,” Mello wrote. He retired in July 2021. 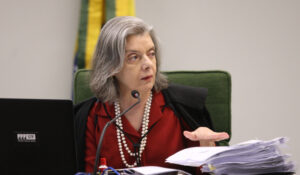 That same month, Justice Cármem Lúcia, rapporteur of the writ requested by William de Lucca, affirmed with her vote that "the apparent informality, supposed precariousness or privacy of the digital platform does not undo the officiality of its speech," and that "blocking a citizen and his removal from the public debate due to the exercise of criticism, even if impertinent or caricature, constitutes an act of public authority, acquiring, in this context, censorship bias, which is unacceptable in the current constitutional order.”

“The argument that this is not an act of authority, but a mere personal act in the everyday use of a private social network, does not hold under a detailed analysis of the facts and the law applicable to the case, yielding to the inescapable respect that is due to fundamental rights,” the justice wrote.

These two writs began to be judged, but the judgment was interrupted in November 2020 due to a request for examination by Justice Nunes Marques, days after he started out at the STF, at the request of Bolsonaro.

The STF press office told LJR no time limit exists for judging writs of security, nor an estimate of when the aforementioned writs will be judged.

According to an Abraji survey, Jair Bolsonaro is the Brazilian authority that most blocks journalists and media outlets on Twitter. As of Jan. 11, the organization registered 291 blockings of professionals and media outlets being carried out by the president, his sons Flávio (senator), Eduardo (federal deputy) and Carlos Bolsonaro (city councilman), State Secretaries and deputy State Secretaries, and government officials. Of these, 82 were carried out by Brazil’s president.

"I was blocked from the start of his administration, along with several other journalists from Intercept," journalist Nayara Felizardo, a reporter for The Intercept Brasil and one of the press professionals blocked by Bolsonaro, told LJR. “I had no idea what was the reason behind the blocking. Although I am a critic of his administration, when it happened I had not said anything involving him.”

To be able to continue following the president’s posts on Twitter, Felizardo said she follows the account "Unblocking Jair Bolsonaro," which is updated by a bot and replicates all of the president’s tweets. With almost 9,000 followers, the account was created in December 2018, even before the inauguration of the current president, by journalist Marlos Ápyus. He told LJR that during the 2018 electoral campaign, he noticed a tendency by Bolsonaro to block accounts on Twitter who posted denials of his posts on the web.

“Given that several journalists were having a hard time keeping up with the content shared by the president, I created Unblocking JB, which replicates with a delay of no more than 15 minutes everything the profile of the president posts or shares,” Ápyus said. “It even keeps track of content he erases after posting it.”

In addition to journalists, seven news outlets have been blocked by Bolsonaro's profile on Twitter, according to Abraji: The Intercept Brasil, Diário do Centro do Mundo (DCM), Aos Fatos, Congresso em Foco, Repórter Brasil, O Antagonista and Brasil de Fato.

Tai Nalon, director and co-founder of Aos Fatos, told LJR that she and her team became aware of blocking by the president on Twitter in January 2021. “We believe it is a reaction to our countering of his false and distorted statements, that we have run since 2019.”

Blocking "shows up like a message," Nalon said. “In truth, this does not directly affect our work. We have alternative ways of monitoring what he does and says on Twitter, either through the monitoring by each of the Aos Fatos reporters or even by myself, because I haven’t been blocked, and far as I know, neither has any other Aos Fatos reporter. But surely, this is a way for him and his communication department to demonstrate, in a more subtle way, that they reject and do not believe that the journalistic work we do is legitimate.”

Although the defense of Bolsonaro in the writs presented to the STF maintains that the president uses his social media for personal issues, a survey by Abraji released in September concluded that 98 percent of Bolsonaro's tweets were of public interest. These posts communicate government actions and declarations, seek to mobilize his supporters and promote other channels of communication with the president. 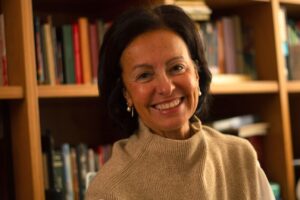 “You cannot attribute a private character to the President of the Republic’s tweets when, on his official account, there are a series of posts about the professional agenda of a Head of State,” Taís Gasparian, a lawyer at Abraji, told LJR. In addition, according to her, “the sphere of proximity of the President of the Republic cannot be compared to anyone else’s, basically because by taking up candidacies and public offices, politicians voluntarily and consciously expose themselves to greater scrutiny by the public.”

“One cannot block one, nor two, nor a thousand journalists,” Gasparian emphasized. “The plurality of sources and freedom of communication and access to information are not only healthy for good journalism, but are also constitutionally guaranteed. It’s unacceptable for the president to restrict access to information to certain people simply because they disagree with his ideas.”

Natalia Mazotte, president of Abraji, told LJR that the organization “understands that the profiles of representatives and high-ranking public officials are sources of information of public interest and, consequently, blocking journalists or other citizens violates fundamental rights.”

“Our expectation is that the STF recognizes the risk to the right to information through these blockings and rules that elected office-holders at different levels of government must allow all citizens to follow their posts on social media,” she said.

Mazotte emphasized that Abraji continues to monitor authorities' blockings of journalists and media outlets on social media, and asks blocked press professionals to notify the organization through this form.