During the month of November, when Brazilian municipal elections were held in more than 5,500 municipalities, at least 150 cases of political violence were recorded, five per day, according to a survey by a coalition of Brazilian news outlets.

The collaboration began in October and brought together nine digital media outlets, under the coordination of Agência Pública. Together, the 34 journalists, including reporters, editors, data analysts and infographic producers, created a database of cases of violence against voters, politicians, candidates, the press and also against people working in the organization of elections, such as officials, inspectors and civilians.

The coalition considered only episodes of “face-to-face violence,” that is, attacks by phone or online were not accounted for, because that would broaden the scope of the survey too much, Giulia Afiune, audience editor for Pública and one of the project coordinators, explained to LatAm Journalism Review (LJR). 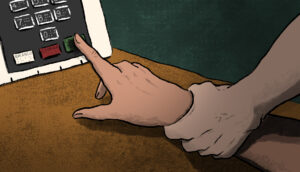 "We separated incidents into three categories of violence: physical, which included aggression, attempted murder and murder; psychological or moral violence, which included threats, offenses or both; and property violence. Sometimes it was more than one type, for example, when they shot someone’s car it was an attempted murder and property violence,” she said.

There were 34 threats, 71 aggressions, 44 attacks or attempted homicides and 5 murders. Most of the episodes, 130, took place in the first round of elections.

To get the results, the group started with a collaborative and participatory investigation and checking method. The first step was to build the database, which was fed in two ways: complaints from readers, made through online forms, and active search on local and national sites, and social networks.

"We set up some alerts, which let you know when something is published, and we were reading news on local sites to separate what could be used. We also put some basic information in a spreadsheet: where, when, if it was violence against a candidate, against a journalist, against public agents ... ", Afiune explained.

With this research, she and colleague Anna Beatriz Anjos, who also coordinated the project, created a spreadsheet with cases that were possibly related to the elections. Then, each incident was passed to a journalist according to geographical proximity, taking advantage of the territorial distribution of participating outlets, present in almost all regions of the country.

A total of 203 cases were checked, of which 150 were confirmed, that is, they were in fact politically motivated. "To consider that a case was valid [and real], it needed to meet at least two criteria: we needed to speak with the victim, or with the victim's acquaintance or a witness; or it had to have the confirmation of some authority, judicial or police; or have any audiovisual or reporting record in a local outlet,” Afiune said.

Of the confirmed cases, 15 came from the public, and the rest from the team's active search. To receive these complaints, coalition outlets published a form on their websites and released a WhatsApp number. Afiune stated that this type of participatory research, or engagement reporting, is an area that has grown within Pública. 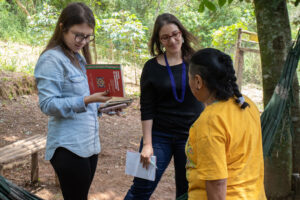 "Since the middle of the year, Anna and I have been coordinating participatory investigations, which are these initiatives that involve the public in the process of investigating the report. We have already done some on chloroquine distribution and on electoral campaigning in religious temples."

In 2018, Pública had already carried out a similar survey on electoral violence, with the participation of readers. "But at the time, we weren't doing it on a regular basis, now it fits into this larger project of participatory investigations. And we brought this expertise, which we developed throughout the year, to this project,” she said.

At that time, there was also no collaboration with other outlets, which was done for the first time in 2020. In the first edition, the form for receiving complaints was done in partnership with Open Knowledge, and Pública had freelance journalists to help with investigation and checking.

"This year [2020] was much bigger, with a lot more people involved. And with the help of Anna and Giulia, we had a much more organized system. [...] It's the type of subject that, to do well, needs to be with crowdsourcing, because Brazil is very big, it needs a method. Knowing that there would be many cases and all need to be checked, we sent an invitation to a group of independent organizations and eight joined," Natalia Viana, director and co-founder of Pública, told LJR.

The idea of the survey emerged in the 2018 presidential elections, one of the most polarized since the country's re-democratization. There were several news items and reports of aggression, but not a unified survey. "It was very successful [the first survey], we were the first to publish this data, so much so that they ended up in every newspaper, big and small, it was in The New York Times, in The Guardian," Viana recalled.

She said that, in the last six months, denunciations of political murders have increased, which motivated Pública to repeat the survey. "It is a phenomenon that has been growing and is closely related to municipal politics. So we think it would be interesting to repeat [the survey], also to compare with data from 2018 and to know if the polarization was maintained.”

For Viana, the collaboration in 2020 brought more geographical diversity, because the participating outlets are spread across the country and, with this, a better understanding of regional political contexts, in addition to access to local sources.

"I think this knowledge helps a lot. Because here in the Southeast [of the country] we understand the dynamics of Rio de Janeiro, of São Paulo, but about the dynamics of the interior of the Northeast, which is very specific, we are lost.” Viana said that the coalition gave more visibility to the issue and guaranteed national coverage, without losing regional particularities.

"Electoral violence occurs all over the country, but with different characteristics. The murder of politicians is very concentrated in the Southeast, cases of homophobia are more in urban centers. There is that fight with guns in the interior and a lot of vote buying in the Northeast, so it is important to tell these stories with the local nuance and return them to the public,” she said.

Afiune agreed that the collaboration allowed the survey to be expanded and "go further.” "As it is a municipal election, we knew that, by multiplying and spreading the investigation, we would have a better result.” 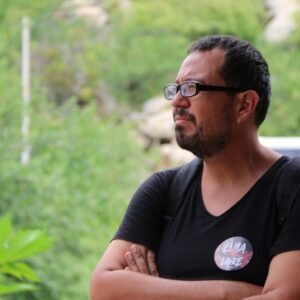 Rafael Duarte, editor of Agência Saiba Mais, who participated in the coalition, said the collaboration "was great" and a contribution to his outlet. "Even though everyone was in a different place, due to the pandemic, we ended up forming a huge, diverse newsroom, with various accents. It's incredible. I think it strengthens everyone to work together," he said in an interview with LJR.

Saiba Mais is based in Natal, Rio Grande do Norte, and checked about ten cases for the project. Duarte, who helped with reporting and editing, told a story that shows how the local press was important not only in the active search for cases, but also in verifying information.

"It seems folkloric, it happened in the interior of Bahia: a guy was a candidate for councilor and supported a mayor of his coalition. When he got home, he found out that his wife had voted for the opposition candidate, and drove the car into a wall. This story had been on several blogs and local outlets, but I called one of the editors to confirm if it really happened. And he told me that yes, he knew the candidate, he was a friend of his,” Duarte recalled.

Afiune said that if it weren't for the local press, many cases would not have come to the attention of the coalition. "Sometimes there was only news on a local website. So our reporters called the newsroom, and the journalist from there helped to check or find someone involved." This experience shows how these cases are underreported, because there is not always a local press outlet or Internet access, and aggression can be silenced, Afiune said.

For her, one of the striking findings of the survey was the number of murders of politicians and candidates. "In total, there were 44 homicide attempts in the month of November alone, just in cases proven to be linked to the elections. It is more than one a day. Candidates and people involved in politics are targets, they end up risking their own lives. That is a very serious threat to democracy, because if the person does not feel safe to run, then who is going to?" she asked.

Viana pointed out that the two surveys, from 2018 and 2020, allow the identification of patterns and the movement of politics. She said that, in 2020, complaints about the purchase of votes increased, and political violence in the countryside intensified, for example.

“In these elections, exaggerated radicalism, anti-leftism, still appeared, but it was already a minority. What appeared more this year was prejudice and gender violence and against LGBT individuals, because, according to an expert we consulted, more women and LGBT candidates ran for election and were elected in 2020, and there was a reaction, a backlash,” she said.

After the reports were published, Viana said that the database was shared with an NGO, which will use the material in its annual report on political violence, which shows that the survey of the coalitions of journalists has become a reference in the area.