The seventh edition of the Brazilian Conference on Data Journalism and Digital Methods - Coda.Br will again have a face-to-face event in São Paulo, Brazil, after two years of entirely online editions due to the Covid-19 pandemic. But the conference will also include people around the world who want to follow online panels and workshops, as a celebration of the legacy of the American journalist Philip Meyer, who coined the term "precision journalism" to designate the work with data in the profession.

In this first hybrid edition of Coda.Br, which has been held annually since 2016, the online programming began on Oct. 31 and runs throughout the week until Sun., Nov. 6. On the 5th and 6th, the event moves to in-person mode and takes place in São Paulo. Panels and keynotes will be broadcast online through the social media of Escola de Dados and Open Knowledge Brasil, organizers of the event, with free access. The workshops, on the other hand, will be accessible upon ticket purchase, available on the conference website, and their recordings will be available online and can be accessed later by workshop participants.

Jamile Santana, coordinator of the Data School, told LatAm Journalism Review (LJR) that data journalism "has proven fundamental to raising the quality of discussions on key issues for the country" in recent years, something that was evident during the Covid-19 pandemic. "Through data journalism we were able to better understand the pandemic scenario, its impacts, and what we needed to demand from public officials, to get through it in the best way possible," she said. 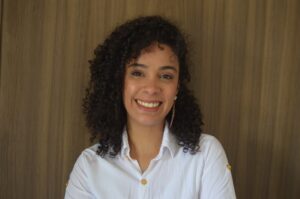 According to her, Coda.Br 2022 "issues this call for work that starts locally - in neighborhoods, cities - and then expands, especially to generate data that are not made available by public agencies, or are made available in an inadequate way and, are therefore, inaccessible, and need to undergo a process to become analyzable."

"This work has been done by many independent journalism organizations or news outlets and is what strengthens us as a community as well," she said. Santana also pointed out that "citizen data generation and activism is a recurring theme in the panels and keynotes. This also extends in some way to the hands-on workshops" in the Coda.Br 2022 programming.

The panels will address topics such as transparency in the private sector, use of corporate-owned data, and gender, race, and public data. There will also be workshops dedicated to teaching how to make georeferenced data maps, how to use the Access to Information Law to get public data and how to work with municipal data, among others.

"We will teach how to create methodologies for data collection, how to share this process so that it is replicable and brings reliability to the information, for example," Santana said.

At the closing of Coda.Br 2022, late Sunday afternoon, the Claudio Weber Abramo Data Journalism Award will be delivered. This Award has recognized works of excellence in data journalism in Brazil since 2019. In 2022, the Award will be given in four categories: open data, innovation and experimentation, investigation, and visualization. The three finalists in each category, which were announced on Oct. 21, were selected from 115 entries, Santana said.

"We noticed that climate change, gender and race issues, and conflicts in Indigenous areas were the most covered topics. The data journalism work was concerned with bringing concrete evidence about the problems we face in the country, especially under the current [federal] administration," she said.

Besides workshops and panels, Coda.br 2022 will also have two exhibitions, Santana said. One of them is the interactive exhibition The Glass Room, held by the organization Tactical Tech, based in Berlin, Germany and dedicated to promoting thought on the relationship with technology. This exhibition invites participants to reflect on personal data and privacy on the internet and will be open to those who attend the conference in person.

The exhibition "50 years of precision journalism: a tribute to Philip Meyer" brings photos, documents and books written by the American journalist, considered the creator of this concept that will reach half a century in 2023. Precision journalism designates the use of research methods in social sciences to collect data and information for journalistic purposes.

Journalist Marcelo Soares is the exhibition curator and will moderate a conversation with Melissa Meyer, architect and Meyer's daughter. She will represent her father, who is 92 years old and lives in North Carolina, and will not be able to attend the event due to health reasons. 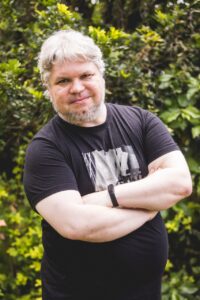 In an article published on the Escola de Dados blog, Soares reviews Meyer's trajectory and his impact on journalism since the 1960s. The American won a Pulitzer Prize in 1968 for a feature story that included "a structured survey to understand the opinions of the Black population" of the city of Detroit, in the midst of popular protests motivated by racial segregation and institutional violence against Black people in the United States. The Brazilian journalist also tells how he got to know Meyer's work and the impact that his work had on his career.

In a conversation with LJR, Soares said that Meyer's book "Precision Journalism," which was released in the United States in 1973, came to his hands in 1996, when he was studying journalism at a university. Soares said he found Meyer's proposal "too daring, but at the same time extremely attractive because it tied together the disconnected parts of my experience. This experience included accounting and programming skills and an internship in the Civil Police that involved updating databases and researching information for investigations.

"Imagining that it was possible to do journalism with this was too good to be true, and almost scary because I had no one to talk to about it," he said. A year later, already working as a journalist in a newsroom, "I wrote to Philip Meyer for the first time, complaining: Gee, I'm in Brazil, we don't have an access law like you have out there, we don't have databases. And his answer was: 'well, start building your own databases right now.’"

While the two journalists have never met in person, they continue to correspond online. "Philip Meyer was crucial in defining the understanding I have of journalism. And his ideas were always there, underpinning everything I did in life," Soares said. Soares has worked in several Brazilian newspapers, is co-founder of the Brazilian Association of Investigative Journalism (Abraji, by its Portuguese acronym), and founded his own data intelligence studio, Lagom Data.

The Brazilian journalist believes the data journalism done today in Brazil "is more or less a grandchild or great-grandchild of the precision journalism envisioned by Meyer. It has traces of what his grandfather did, but also brings other inheritances."

"The precision journalism proposed by Meyer was extremely ambitious in the sense that it sought to be a kind of social science done under deadline," Soares said. "Especially in the past 15 years, when data journalism has become popular, much of the emphasis has been on tools and visualization. The kind of analysis that Philip Meyer proposed makes up a relatively small fraction of everything that is produced with data journalism, especially in Brazil. But excellent work has emerged, especially outside the big newsrooms, with a rigor of analysis that would make Meyer proud," Soares said.

Among these works that would make Meyer proud, according to Soares, are the Water Map, by Repórter Brasil, and the Aquazonia project, by Ambiental Media. "The coincidence of themes is a coincidence, but the fundamental thing in both is the rigor employed in the work without at any moment losing sight of the power of journalistic language," he said.