The date has not gone unnoticed in the country as Jaimé Garzón is the top trend on Twitter in Colombia this Tuesday, Aug. 13. Hashtags such as #SiGarzónViviera (If Garzón Had Lived), #MatamosALosBuenos (We kill the good ones) or #20AñosEsperandoJusticia (20 Years Waiting for Justice) were also trending.

“We all hear the clamor of justice, except the authorities, who for years tried to hide the most important truth: the murder of Garzón was a crime of the State,” said Carlos Cortés, of the video blog La Mesa de Centro in its chapter on the journalist’s murder. 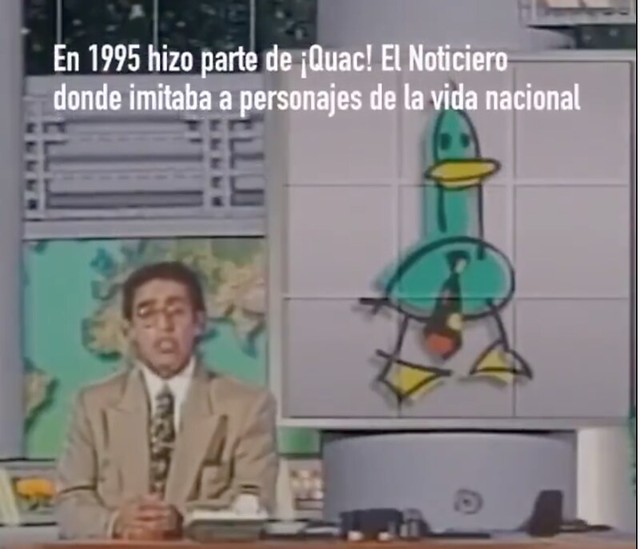 Jaime Garzón was killed 20 years ago. (Screenshot from FLIP video).

The investigations not only indicate that state agents allied themselves with groups outside the law to assassinate him, but also that public agents did everything possible to divert the investigation, as the Council of the State established in 2016. This is how in 20 years, only two people have been convicted in the crime.

“The investigation has not respected the duty of due diligence in the investigation and prosecution of serious human rights violations, since it has not occurred for a reasonable period of time. After 20 years there is no clarity about all the actors who participated in the homicide,” representatives from the Press Freedom Foundation (FLIP) told the Knight Center.

“The obstacles are the inefficiency of the process due to the deviations that occurred at the beginning of it. Among these, there is: i) the linking of two people who were later acquitted for lack of evidence; and, ii) the change of the prosecutor who knew the case,” the organization added in its official response. According to the organization, some evidence was lost and witnesses disappeared due to the delay in beginning the investigation.

Regarding the two people who were convicted, Carlos Castaño, the former leader of the now extinct paramilitary group Autodefensas Unidas de Colombia (AUC), was the first. Castaño was convicted as co-author of aggravated homicide, after it was proven “that it was he who gave the order to carry out the homicide," FLIP said in a statement. However, Castaño was already dead when the sentence came down.

The last conviction took place on Aug. 14, 2018, when the former deputy director of the now extinct Administrative Department of Security (DAS) – the country's former intelligence entity – José Miguel Narváez was sentenced to 30 years in prison as a “determiner” of the crime by a Bogotá court. The sentence was later reduced to 26 years by a Superior Court.

The investigations indicated that Narváez suggested to Castaño to assassinate Garzón "whom he said had an affinity for the ELN guerrillas," El Espectador reported at the time. According to the Attorney General, Narváez assured Castaño that Garzón received money for his intermediation to achieve the release of hostages, the newspaper added. It’s a rumor that has been denied several times.

It was precisely because of the link between criminal groups and state forces to commit this crime that the Council of the State – the highest court that handles legal processes involving the State – declared the murder of Garzón a “crime of the state” in September 2016. In that decision, the Council determined, among other things, that Colombia should pay compensation to the journalist's family, as well as hold a public ceremony in which the Army commander and the Director of the National Police would apologize and accept responsibility for the crime.

Also, in September of that same year, the Attorney General's Office declared the murder “a crime against humanity considering that the murder occurred in a context of systematic violations of human rights and political persecution by authorities against social leaders, opposition leaders and journalists,” FLIP reported a year ago.

However, this was not accepted by the Superior Court of Bogotá, which reduced Narváez's sentence to 26 years, considering that the crime could not be classified as being against humanity, El Espectador reported. According to the Court, at the time the events occurred, the crime against humanity was not "categorized" in the "Colombian legal system," the newspaper added.

This decision could have serious legal consequences for the investigation of the crime. According to Colombian legislation, a crime prescribes after 20 years. If the Attorney General’s decision is not taken into account, Garzón's crime could prescribe in one year.

“The FLIP considers that this decision disregards national and international standards for the investigation and prosecution of serious human rights violations, since by the date of the events there was an applicable regulation in Colombia that recognizes the existence and characterizes crimes against lesa humanity,” the organization said. "The decision adopted by the Court would lead to the prescription of the murder of Jaime Garzón, which would constitute an obstruction to the development of the investigation, and with that the case would remain in a state of impunity.”

As FLIP explained to the Knight Center, representatives of the Garzón case could lodge an appeal with the Supreme Court of Justice to determine whether or not it is a crime against humanity.

At least three other former military members are currently being investigated for the crime. However, some of them have taken advantage of the Special Justification for Peace (JEP) – legislation established in the framework of the peace process with the FARC guerrillas – so the Garzón case could be tried by this entity, according to La Mesa de Centro.

“We hope that the submission of the case of Jaime Garzón to the JEP will open the possibility for new advances to be made in order to clarify the facts, particularly regarding the participation of State agents,” FLIP told the Knight Center.

For investigating the murder of Garzón, Colombian journalist Claudia Julieta Duque was the victim of abduction, threats, persecution and psychological torture. Eight former members of the former DAS are being investigated for this last crime.

Tears, laughs and tributes to Garzón

Garzón’s death still hurts Colombia. Not only have columnists, colleagues and family members publicly demonstrated it, but also the many followers who continue to remember him with messages on social networks or travel each year to the place where his vehicle was on the day of the murder.

“In this country there are many crimes and violence, but few episodes as painful and sad as when they killed Jaime Garzón,” summarized Diego León, a Colombian actor, friend and colleague of Garzón.

Garzón was a reference of humor and political satire in the country. With great genius, as León described him, Garzón managed to make fun of all of Colombia: from presidents, ambassadors and other politicians, to the most dangerous criminals.

“Jaime Garzón is a truly essential person in the history of this country… I can die of the sadness of knowing that they killed him just like Andrés Escobar [Colombian soccer player]. It is unheard of, unheard of, that this country that produces the best… it kills them,” León wrote in a special article in El Espectador.

Leon believes that Garzón's murder ended an essential part of Colombians. "What does it mean? That when they kill someone like Jaime Garzón they kill half of the country, they kill our way of laughing and communicating.”

In addition to the characters he created to make fun of the country and who are loved and remembered by the country, Garzón also worked tirelessly for peace in Colombia. “I believe in life, I believe in others, I believe that this story must be fought because of the people, I believe in a country in peace, I believe in democracy, I think what happens is that we are in bad hands, I think this has salvation. And that is a very long north,” Garzón said in an interview.

His crime also gave way to a time of greater violence and censorship for the press, according to FLIP.

“The 90’s were the deadliest time for the press in Colombia. This case demonstrates how violence has been used to silence voices in the context of armed conflict. It showed how the State, in the hands of paramilitarism, contributed to the censorship of journalists dealing with sensitive issues at the time,” the organization said.

For FLIP, the impunity in the crime has serious consequences such as the lack of "the victims' guarantee to truth, justice and reparation." It also does not allow the reconstruction of historical memory to “recognize the impact that the armed conflict had on Colombian society,” and finally it takes away “the recognition of the role of the press in Colombia and more from the hand of a person interested in informing through humor.”

The National University of Colombia has a tribute to Garzón scheduled for Aug. 13 at 6 p.m.

The FLIP also has a special event, ‘Satire against censorship,’ that seeks to revive political humor through the financing of 10 projects of this style.

La Mesa de Centro, from the site La Silla Vacía, and FLIP made the following video about Garzón's murder.