It was a bleak start to the year for independent journalists in Cuba. There were 38 violations against press freedom in the country in January 2021, an increase of 124 percent compared to the same month in 2020, according to a survey by the Cuban Institute for Freedom of Expression and of the Press (ICLEP, for its acronym in Spanish).

In part, the skyrocketing of the cases can be attributed to the suppression of a demonstration on Jan. 27, but journalists and organizations in the country believe that attacks on the press are part of a broader escalation of aggressions and are likely to continue throughout the year.

On Jan. 27, journalists, activists and artists gathered in front of the Ministry of Culture following an activity in honor of the 168th birthday of Cuban independence hero José Martí.

The demonstrators sought to dialogue with Minister of Culture Alpidio Alonso and to protest the detentions of members of the group, which had taken place throughout the day, according to EFE.

According to reports from different media outlets and as recorded in a video circulating on social networks, Alonso slapped a cell phone belonging to independent journalist Mauricio Mendoza, who had been recording the demonstration.

Subsequently, members of the ministry and police officers physically assaulted and detained journalists and artists who were on the scene, ICLEP said. At least five journalists were detained in this incident, according to the Inter-American Press Association (IAPA).

The tribute had been called by members of the 27N movement, which formed after the demonstration that brought together hundreds of people before the Ministry of Culture on Nov. 27, 2020 to ask for more freedom of expression and creation. On its Facebook page, the group defines itself as a "community of artists and intellectuals". The Jan. 27 tribute had also been organized to mark two months since the November demonstration. 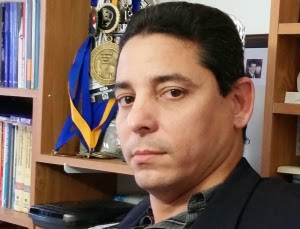 ICLEP's director general, Normando Hernández, said the Jan. 27 incident explains, in part, the surge in press freedom violations in January. In an interview with LatAm Journalism Review (LJR), he pointed out that the peaks of repression against journalists in Cuba are often linked to coverage of civil society activities.

For Hernández, the attacks on the press will remain strong.

"If we take into account the behavior of the repression of the last year, we can guarantee 100 percent that what happened in January will be the trend for the whole year," he said.

The president of the Pro Press Freedom Association (APLP), José Antonio Fornaris, agreed that the situation "will not calm down.”

“That is increasing, last year we did the annual report and there were dozens more than in 2019...They need an internal enemy and it seems they want to turn the independent press into their internal enemy,” he told LJR.

Fornaris believes that attacks against journalists increase whenever the regime feels more threatened. He cited the pandemic, which has worsened in Cuba in recent months, culminating in the announcement of new restrictions and a curfew in February.

“The economy is almost semi-paralyzed, tourism has practically collapsed, the work centers do not produce ... As the social, financial, economic and political situation of the country becomes more complicated, then it seems that the regime, through its political police, begins to work against the independent press. It is unfortunate,” he said.

Fornaris said that recent movements by young artists and intellectuals, such as 27N, are a challenge for the regime.

“It seems to me that the government has no way to face that, because the other thing would be to start repeating a kind of Black Spring [a repressive wave that sent 75 dissidents to prison in 2003, including almost 30 journalists]. But I think it would be very difficult for the government to do something similar today,” he said.

In December last year, the IAPA issued an alert saying it feared a new wave of repression. "The Cuban government is in the process of justifying a new Black Spring," the organization said.

For CubaNet correspondent Camila Acosta, one of the independent journalists who was detained on Jan. 27, the increase in attacks on the press is linked to the emergence of 27N, a movement of which she is part.

"They have not known how to control this situation, because it is about artists, intellectuals and citizens, not a traditional opposition of activism, but of the art and culture guild that have decided to say enough. [...] They know that this situation can get out of hand, what a totalitarian government fears most is culture. There are those who say that when a power represses the most it is when they are in decline and I believe that in Cuba we are seeing that,” she told LJR.

Acosta said that the year 2020 was "particularly repressive" and that many violations were only discovered through the use of social networks, something that is still relatively new for Cubans, according to her.

The journalist calls for international organizations to pay more attention to what is happening in Cuba. She fears that the repression will become more violent.

“The repressive situation will continue unless there is support, international backing and real pressure on the Cuban government to end these repressive acts against citizens, who are not CIA agents nor are we mercenaries, we are simply Cubans who want a change, most of us are young. If it continues like this, I believe that at some point an act of violence worse than what happened on Jan. 27 will occur,” she said.

On that day, Acosta was detained on the street by an officer, while on her way to a meeting point. She was going to participate in the tribute marked by 27N and report the story for CubaNet. Acosta managed to make a live video, which shows how the officer, dressed as a civilian, approaches and asks her to accompany him. The journalist refuses, says there is no warrant against her, and the officer accuses her of committing a crime of desacato and disobedience. Acosta was detained and, for hours, her whereabouts were unknown. 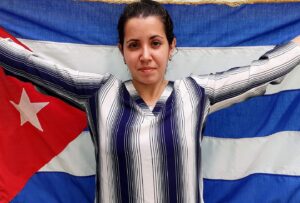 "They took me to a police station. At no time did they explain to me why they had detained me, why I was there, nor did they give me an arrest record, which is what they should do to you here when they detain you. They detained me at 9 a.m. and at 1:30 p.m. they put me in a car and took me to a friend's house, which is where I am living," she said.

Acosta also recalled that several officers accompanied her to her friend's house, returned her belongings and said that she could not leave. According to her, officers dressed as civilians or in uniforms, sometimes in police cars, stayed at her door for several days.

“So I was like that, with surveillance, without being able to leave the house for four or five days. That is to immobilize me, in the event that I decide to leave they arrest me and take me back to the police station,” she said.

Arbitrary detentions are common in Cuba. According to the ICLEP report, they accounted for 55 percent of press freedom violations in January. Hernández said that this was the repressive method most used by the regime last year, a trend that remains in 2021. The director general of ICLEP said that these detentions not only violate the journalist's right to come and go, but also the right of society to be informed.

“On the other hand, they show journalists that they live in a state of total defenselessness. [...] Worst of all, they show them that the journalistic profession is criminalized and violations against press freedom are normal.”

In addition to the detentions, journalists suffer from calls to appear at police stations, forced evictions, defamation, prohibitions on leaving the country, physical attacks, etc. On Jan. 27, the regime used another common device to undermine the work of the press, limiting access to the internet.

According to the Committee to Protect Journalists (CPJ), the authorities blocked access to the internet for about two hours.

“The shutdown happened as authorities were beating and detaining protesters at a demonstration for free expression and artistic freedom outside the Ministry of Culture in Havana, according to news reports,” a note from the organization said.

Hernández said that this type of blockade is a common "repressive tool" aimed at preventing journalists from communicating as well as “preventing people from knowing, at national and international levels, what is happening in real time.”

Fornaris, from APLP, points out that in recent months, attempts to discredit the press have increased through official outlets.

“Now they are using the mass media to try to discredit and defame independent journalists, this is a new modality, that was not really being done. That started in January,” he said. The January APLP report highlighted that Noticiero Nacional de Televisión, in its main edition, attacked journalists, without offering space for the right to reply.