Brazilian documentary “A Verdade da Mentira” (The Truth of the Lie) follows the work of several professionals who worked to combat disinformation during the 2018 presidential election in Brazil, which culminated in the election of Jair Bolsonaro. Through interviews with these professionals –journalists and researchers– and also with psychoanalysts, legal professionals, digital marketing specialists and programmers, the film investigates how the mechanisms of creation, distribution and consumption of disinformation operate.

“We wanted to understand how the online disinformation structures were operating on social networks, what influence disinformation and lying in the digital environment can have on an electoral campaign and on the democratic process and what efforts are actually being made to curb abuses,” the film's director, Maria Carolina Telles, told LatAm Journalism Review (LJR).

The documentary was released on streaming platforms on Oct. 26, but the interviews were conducted between September and October 2018. At the time, the country was in the middle of an electoral campaign and a wave of disinformation polarized the country. The idea, according to the director, was to use a “hot” moment as a backdrop to contribute to the education of the public concerning the media. 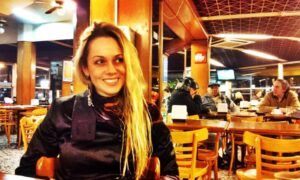 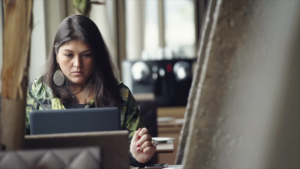 To this end, journalist Petria Chaves was assigned to conduct the investigation and present, in a didactic way, how disinformation circulated and influenced political decisions during the 2018 elections in Brazil. There are interviews with those who are at the forefront of combating disinformation, such as journalists from the fact-checking agencies Aos Fatos and Lupa, and also those on the other side.

“We talked, for example, with social media marketing teams who explained to us how politicians have been looking for their services, often in a disservice to society. Our intention was to dissect the phenomenon of so-called ‘fake news’ to bring more awareness about our vote and our choices in times of so much polarization,” Chaves said in an interview with a group of journalists over the internet.

The documentary also follows the work of Sala da Democracia Digital, a center for operations and monitoring of political discourse on social networks. There, specialists from the Getúlio Vargas Foundation, in Rio de Janeiro, measure in real-time the engagement of false news on social networks. In the last month of the campaign, the content that circulated the most talked about alleged fraud in the electronic voting machines and the ‘gay kit,’ themes that were part of Bolsonaro’s campaign repertoire.

"We, as journalists, are talking a lot about this [disinformation]. But [the discussion] needs to reach people who are not communication professionals and who today have as much responsibility, sometimes more [than journalists], but they don't have the same sense of responsibility,” Chaves said.

The journalist's speech points to the main proposal to combat disinformation that’s defended in the documentary: to identify information structures about how social networks and political-electoral discourse work. Allied, yes, with measures to curb misleading use, as is done in traditional propaganda.

“By stitching together these tips, I think we were able to make a contribution, to be one more cog in the wheel for something very necessary in our society: media literacy,” Telles said.

The fact that the documentary premieres two years after the election also provides an opportunity to assess the impact and influence of social media. As, for example, in the recent decision by Twitter and Facebook to restrict the spread of news about the alleged influence peddling of the son of Joe Biden [Democratic candidate for President of the United States] in Ukraine. 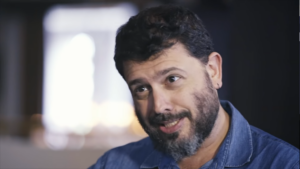 According to journalist Pedro Dória, one of the interviewees of the film, something like this was unthinkable on the part of the platforms two years ago, or four years ago, in the election that Donald Trump won in 2016. He believes that the more proactive action of the platforms against disinformation weakens what he calls “organized machines,” that is, campaigns structured with the objective of influencing the electoral result.

"[However] the disorganized machine of disinformation, the conspiracy theories that spring up spontaneously ... These, social networks, [the platforms] are failing to act against them, [although] they are trying to cut off access to these groups," Doria said in an interview with journalists before the film was released.

“Today, we can say that we already have a diagnosis. We know about the existence of automated profiles, about fake profiles, we know about combative technology, about all these front lines, about how those interested in the political game use these access routes for soft power, for propaganda,” Telles said.

The director of the film also said that the documentary is “a warning to help people to be more aware of the risks they are taking. And how these risks can affect our democratic exercise.”

The list of platforms that stream “A Verdade da Mentira” can be checked on the documentary’s website.

Editor's note: Júlio Lubianco, the author of this article, worked as a researcher during the production of this documentary