The Interinstitutional Committee for Protection of Journalists and Communication Workers, newly established by the Ecuadorian government, must enjoy independence and have the active participation of civil society, according to national and international organizations.

The Committee was officially established on May 31 at Simon Bolivar Andean University. The first working table was conducted by the General Secretariat of Communication of the Presidency and the meeting was attended by the National Federation of Journalists and the Ecuadorian Broadcasting Association (AER), reported El Comercio.

Its objective is to implement protection mechanisms for journalists and communication workers who, due to the performance of their work, could put their lives, physical integrity and freedom at risk, according to EFE.

The state institutions making up this Committee are the Ministry of the Interior; Ministry of Foreign Affairs and Human Mobility; the Council for Regulation, Development and Promotion of Information and Communication (Cordicom); and the General Secretariat of Communication, EFE reported.

While the move was deemed an important step for dialogue with the government, not all parties of civil society that proposed its implementation were invited to the first meeting.

The Andean Foundation for Observation and Media Studies (Fundamedios) of Ecuador and the National Union of Journalists of Ecuador (UNP) were not invited for the installation of the Committee.

However, they did attend the workshop organized by Cordicom on June 12.

"The previous government wanted to separate the journalistic exercise from the citizen's exercise. Today we respond to this debt with those who work in the information sphere and their security with the participatory generation of public policies," said Galo Cevallos, president of Cordicom, according to that entity’s website. He also stressed the importance of the contribution of citizens, academics and civil, journalistic, national and international organizations in the workshop.

The situations of risk for journalists in the exercise of their work that will be considered by the Committee, as provided by Article 42.1 in the Organic Law of Communication, were defined in the workshop.

According to the Law, the State and the media will protect communication workers who are exposed to situations of risk related to four specific themes: corruption, human trafficking, smuggling of goods and drug trafficking.

"For us it is a total mistake. Reducing the risk for journalists to four criminal risks is not recognizing that the main risks and aggressions have come from the State in the last 12 years," César Ricaurte, executive director of Fundamedios, told the Knight Center. "This methodology seems inadequate for that, and that is what we have expressed to Cordicom," he added.

However, he considered the creation of the Committee as a space of "very important" dialogue with the State. Previously, he expressed concern regarding the operational part of the Committee, the Technical Secretariat, and its relationship with the government.

In the workshop on June 12 it was announced that Cordicom will be in charge of the Technical Secretariat. 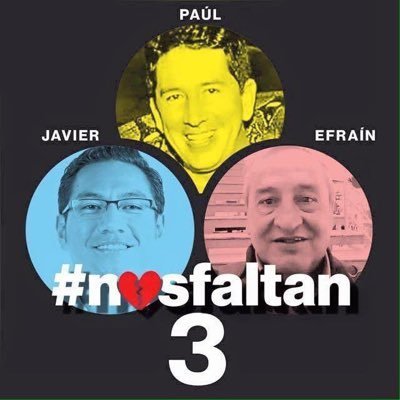 Following the April 2018 murders of the journalistic team of the Ecuadorian newspaper El Comercio, Fundamedios along with other civil, media and journalistic organizations began a series of dialogues with the government of President Lenín Moreno to protect journalists, Ricaurte said.

According to the director, an idea came from these conversations for the creation of an inter-institutional government committee that would include a Technical Secretariat that is not operated by the State, but by civil society.

Initially it was agreed with the government, according to Ricaurte, that the Technical Secretariat be in the hands of civil society, to have an operational capacity and due independence to be able to establish a series of proposals, both for the state sector and for the private sector.

With the Technical Secretariat in the hands of a government organization such as Cordicom, "we are no longer sure what the role of civil society and journalists will be. Honestly, my impression is that there is not much intention of the government to include civil organizations," Ricaurte lamented.

Guadalupe Fierro, director of the UNP, stressed in an interview with the Knight Center that the current government of Ecuador has made progress in several aspects related to the protection of journalists and communication workers, however, she believes that there must be a clear response from the State.

"And in this case, the clear answer must be the fact that journalists are involved in the construction and monitoring of these issues. The operational part will guarantee that there is a system of early warnings against assault, persecution, harassment of journalism, and in general. Beyond the good will of this government, what we want to see is that henceforth, for this government and the following, there are clear policies on this issue," she said.

Edison Lanza, special rapporteur for freedom of expression of the Inter-American Commission on Human Rights (IACHR), told the Knight Center in a June 7 interview - before the announcement that Cordicom would oversee the Technical Secretariat -  that there is "a fundamental principle, and that is that civil society has a level of participation in the different stages that involve the determination of measures, such as risk assessment and implementation of protection measures.”

The protection of journalists and communication workers is "the responsibility and obligation of the State," the special rapporteur of the IACHR emphasized. "We can not put to civil society the responsibility to protect but to participate in the evaluation, in the rendering of accounts and in the monitoring of these measures because, ultimately, they are complex mechanisms."

In addition to the complexity of the issue, Lanza warned that autonomy is important because on some occasions, authorities at different levels of the State may be involved in cases of attacks against journalists.

The director of the UNP commented that her organization will present a concrete proposal to the Cordicom for the Technical Secretariat to carry out an independent monitoring of the attacks on journalists. "Because if this is going to be an organ of the government, in reality, independent journalism is not guaranteed at all," she said.

Ricaurte recalled that during the decade of Rafael Correa’s government (2007-2017), Fundamedios warned the public that the stigmatizing speech against the press that was propagated from the highest authorities of the government put journalism at risk. Despite this, he pointed out, they had not faced an incident like what happened last year with El Comercio's journalistic team.

"Ecuador is in a transition after a decade of strong repression and attack on the freedom of expression and the work of journalists and the press, and where part of that policy was an absolute disdain towards the issues that have to do precisely with the protection and the safety of journalists, where there were attacks from the government itself, or from authorities, and when there were attacks by third parties there was no kind of protection," Lanza said.

The Special Rapporteur highlighted the extraordinary work that civil society, the media and journalists in Ecuador have done to seek the creation of a mechanism to protect journalists.

"No protection mechanism is simply to sign a decree," Lanza warned. "Yes, the normative and institutional steps are necessary, but often they are frequently not enough for this later to have an effect on the decision to adopt protective measures and on the implementation of these measures. Therefore, also, we are available to accompany this process," he said.

The General Secretariat of Communication of the Presidency recently changed its head, with César Khalifé now in charge. The date of the second roundtable that was planned for mid-June has not yet been defined.

*The Knight Center tried unsuccessfully to communicate with the General Secretariat of Communication of the Presidency and the Ministry of the Interior of Ecuador.