Presidential elections in Peru, where the second round took place on June 6, are not only surrounded by controversy at the polls, but also in the media. The recent resignation of a group of journalists claiming a violation of the Guiding Principles of their media outlet, as well as the subsequent dismissal of two producers from the América TV and Canal N channels – of editorial groups El Comercio and La República – has caused a scandal in which even the press council’s Ethics Court is involved.

The main precedent for the crisis was the recent dismissal of Colombian journalist Clara Elvira Ospina, who spent nine years as news director of the aforementioned channels and who was replaced by Gilberto Hume. 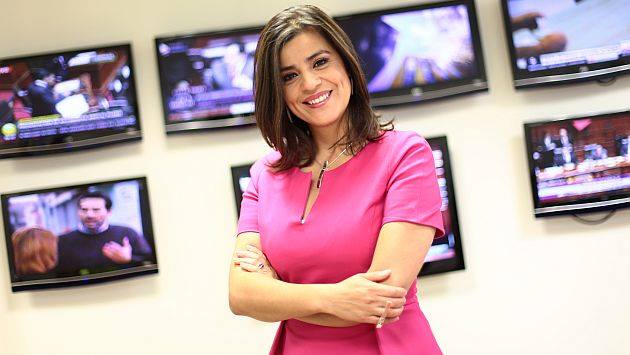 The firing came after a meeting between then-candidate Keiko Fujimori with Ospina and other news program editors. At the meeting, Ospina reportedly said that the media under her leadership would not favor her campaign or that of her rival, Pedro Castillo. On May 10, the director of Grupo La República, Gustavo Mohme Seminario, published a column against Ospina's dismissal, which he described as “arbitrary.” Mohme Seminario had already resigned from the editorial advisory council of América TV after Ospina's departure.

On May 11, journalists from “Cuarto Poder,” the most important investigative journalism program in the country that is broadcast on América TV, sent a letter to the América Televisión Board of Directors in which they expressed their disagreement with Ospina’s dismissal and the consequences it had for their credibility.

“The decision and the occasion to remove the confidence of former news director Clara Elvira Ospina has represented serious damage to the work we do and to the image of the program. During her tenure, we worked with the plurality, impartiality, rigor and objectivity contained in the aforementioned Guiding Principles of this editorial house,” the letter reads.

However, there was no response to the letter.

Days later, on May 24, the journalists sent a second letter to the board. “Far from addressing our legitimate concerns (...), news director, Mr. Gilberto Hume, openly pointed out that the candidacy of Pedro Castillo concerned the company, that it seemed like a danger against democracy and freedom and that it was necessary to take sides against him.”

Faced with this second letter, the chairman of the board, Harold Gardner Ganoza, responded by noting that this concern or problems should be communicated to Gilberto Hume, as reported by  the Press and Society Institute (IPYS, for its acronym in Spanish).

This communication was followed by a letter signed by the general producer of América Noticias, Carola Miranda, and the news producer of Canal N, Carlos Fonseca, also addressed to the chairman of the board. In it, the producers also rejected the events denounced by the journalists from Cuarto Poder.

Miranda and Fonseca rejected what they consider coverage for Fujimori's benefit at the time of broadcasting the closings of both campaigns. As it transpired, the channels did not want to broadcast the closure of Castillo's campaign.

“That which we interpret as a flagrant violation of the guiding principles that govern our journalistic work. (...) Not transmitting the two campaign closings of the candidates for the presidency of the Republic alternately and equitably on our screen breaks these principles,” the producers wrote in the letter.

They also added that in a meeting with Hume, they were instructed to support Fujimori's candidacy. "Within that conversation it was implicit that (Hume) asked us to support the candidate of Fuerza Popular [Keiko Fujimori] to the detriment of the candidate of Peru Libre [Pedro Castillo]," Miranda and Fonseca wrote.

They also reported that on June 5, some journalists informed them that their articles on the elections were not published fairly, to the detriment of "journalistic quality.

On June 7, executives of Grupo La República – including Gustavo Mohme Seminario – asked the Ethics Court of the Peruvian Press Council (CPP) for a declaration on the “serious acts (that) must be corrected immediately, via self-regulation” because “they seriously affect freedom of expression and information.”

That same day, the court published a statement in which "it rejects the lack of journalistic objectivity in the coverage of the second electoral round," but did not mention the specific case of América TV and Canal N.

Also on June 7, eight workers from the program “Cuarto Poder” resigned. Among them was journalist Gabriela García Hildebrandt, who directed it for 10 years. The next day, they published a statement that Hildebrandt released through her Twitter account.

“A few days ago we made the decision to separate from América Televisión. The reasons for our disagreement with the new informative line were made known to the Board of Directors in two letters in which we detailed the events that collided with the Guiding Principles of the Institutions, the right to information and journalistic ethics, which we defended until the last day," the statement said.

The statement also reported that Miranda and Fonseca had been fired because of the letter they sent to the board at the time.

Speaking to IDL-Reporteros, Hume referred to the dismissals and resignations in recent days.

“They [Miranda and Fonseca] are fired because they appealed to an instance of the company that did not correspond to them, which is the board of directors, and they generated a discussion that has been reflected in the newspaper La República, which is beyond my powers and which is a dispute between shareholders. That is the reason for the dismissal,” Hume said, according to the site.

Regarding the resignation of almost all of Cuarto Poder, Hume said that “it is a product of the polarization of the electoral campaign, of the pressure of social networks, which for me are a kind of barras bravas (fanatical supporters). They have acted on really abstract discussions, there has been no concrete thing. Furthermore, Cuarto Poder has not had the opportunity to go on the air since I was at the channel because it was my turn when the two presidential debates and the elections were coming. Then discussions about this or that report were interpreted with a great discussion of principles and exacerbated by this situation in the country. I told them that their resignation seemed hasty to me and I hoped they would think better of it. There has been no possibility of censorship or anything because the program has not aired."

Concern for the future of freedom of expression and media credibility

The media scandal goes beyond a situation inside a channel. The global crisis facing the press is linked to the credibility the media have with the audience and events like these harm it even more, said two experts who spoke with LatAm Journalism Review (LJR).

For Adriana León, director of the information freedoms area of IPYS, the case is part of a polarized electoral process in which the role of the media has been "complex" and in which El Comercio "has decided to put its editorial line towards candidate Fujimori.”

“In reality, it is completely legitimate. The media can choose an editorial line. However, in this second round we have seen that this editorial line has gone beyond the issue of plural information and then it has skewed the information,” León told LJR. “This has generated enormous discomfort within the media, among journalists themselves, as well as an unease among citizens […] And what happens here is that [the media] lose their credibility, which is the most important thing for a media outlet and for a group of journalists.”

The secretary general of the National Association of Journalists of Peru (ANP), Zuliana Lainez, recalls that the credibility of the country's press has not yet fully recovered from the Fujimori-Montesinos scandal. At that time, the de facto head of Peru's National Intelligence Service, Vladimiro Montesinos, paid thousands of dollars to television channel owners to ensure positive coverage of the Alberto Fujimori dictatorship.

“Now we are in a situation of crisis of credibility of the concentrated press. Unfortunately, sometimes from the public perception, it puts everything in the same bag. But, we are in a fairly similar situation of credibility, it will be difficult for people to believe again in those media that, I reiterate, grossly tipped the balance in favor of a candidacy," Lainez told LJR.

Despite the fact that the case may harm the country's journalism in a general way, Lainez believes that what happened with the journalists from “Cuarto Poder” who resigned from America restores “a little bit of dignity to journalism.”

"People realize that the workers in the media are not the owners of the media, and that they are capable [of resigning] at a time of complex pandemic, even in the work environment," Lainez said.

Both experts consider it necessary to review the issue of media concentration in the country. León, who goes a little further, is concerned that a vacuum on this issue will lead to a media law that is detrimental to freedom of expression.

In fact, León points out that in the coming years, regardless of who has become president (Fujimori or Castillo), the situation of freedom of expression could be at risk. According to her, when reviewing the years in which Keiko Fujimori controlled Congress, at least seven anti-freedom of expression bills were proposed. And concerning Castillo, she pointed out that he has an “archaic” vision of the media: he defends, for example, the creation of content by the State and that all media should have to broadcast it, as well as the expropriation of the media through popular vote.

"Whoever wins – because we still do not know from all these challenges – what we at IPYS see clearly is that whoever wins, we are going to see problems in terms of freedom of expression, with one or the other," León said. "In these 20 years that we have lived in a democracy and we have built a democracy and respect for certain freedoms, such as freedom of expression and access to information, with either of these two governments we think it could be in danger."

*Júlio Lubianco assisted with this report.