The global middle class has seen its income go stagnant or be reduced over the past 40 years, while the income of the poorest has increased and that of the richest has seen even more significant growth.

These are the themes of the special “Global inequality,” published in chapters between July and August by the Brazilian newspaper Folha de S. Paulo. Reporters from the newspaper traveled through eight countries – such as China, Spain, France, England and the U.S. – to tell stories of income inequality and shrinkage of the middle class around the world in three languages: Portuguese, Spanish and English.

The multimedia project was conceived, coordinated and edited by Fernando Canzian, special reporter and columnist for Folha, and had the collaboration of 16 professionals form the newspaper, including text reporters, infographic producers, designers and others. The special was conceived by Canzian in mid 2019 based on the World Inequality Report, produced by researchers at the Paris School of Economics.

"At the moment, if you look at the international economic scenario, there is no other fundamental issue as relevant as the issue of inequality," he told the Knight Center.

The journalist, who covered the global financial crisis that erupted in 2008 as Folha’s correspondent in New York, has since noted the "weakness" of global economic growth. He believes that behind this is the fact that "middle-class income in Western countries has grown far below the income of the rich, and in some cases also the income of the poorest."

“What many experts and data suggest is that this shrinking of the so-called global middle class, especially in the West, has caused the economy to grow in a very small, very tenuous way, and for people to be increasingly indebted. They have no growing income, and they get into debt,” he said.

This shrinkage of the middle class in the West is allegedly directly linked to the rise of far-right populism in several countries, such as Donald Trump in the United States, Jair Bolsonaro in Brazil, Brexit's victory in the United Kingdom and the growth of representation of this political strand in parliaments of European countries, the special points out.

“You have angry people voting for people who promise to solve their problem with very simple solutions to complex problems and who probably will only make the situation worse. This game we are in because of this problem which affects everyone, which is money in your pocket, is very worrying,” he said.

Inequality in the streets of London; England was one of 8 countries covered in the special report "Global Inequality" (Photo: Lalo de Almeida/Folhapress)

Based on his research and the data he gathered, Canzian configured the project as a multimedia special in the format of previous projects “A World of Walls,” published in 2017, and “Climate Crisis,” of 2018, also available in Spanish and English.

For the project, he invited photojournalist Lalo de Almeida, who had worked on the specials mentioned above and other award-winning Folha reports, such as “The Battle of Belo Monte” (2013) and the coverage of the outbreak of Zika and microcephaly cases in Northeast Brazil (2016).

Almeida was responsible for the project’s images, both photos and videos. He and Canzian traveled together and shared the reporting work in almost all the places present in the special.

The visual representation of income inequality and middle class shrinkage was one of Almeida's main concerns.

“In other projects, each chapter had a very specific and very concrete theme,” the photojournalist told the Knight Center. “In ‘Walls,’ we looked for people who are affected by the wall, so it's very concrete and in loco. It is easy to turn this into an image. In the case of inequality, we had the data, and turning it into a visual narrative is much harder. From the beginning I was wondering, ‘how am I going to turn this into an image?’”

One way was to focus on the research of places that were related to the phenomenon that was being explored and that were visually interesting, he said. 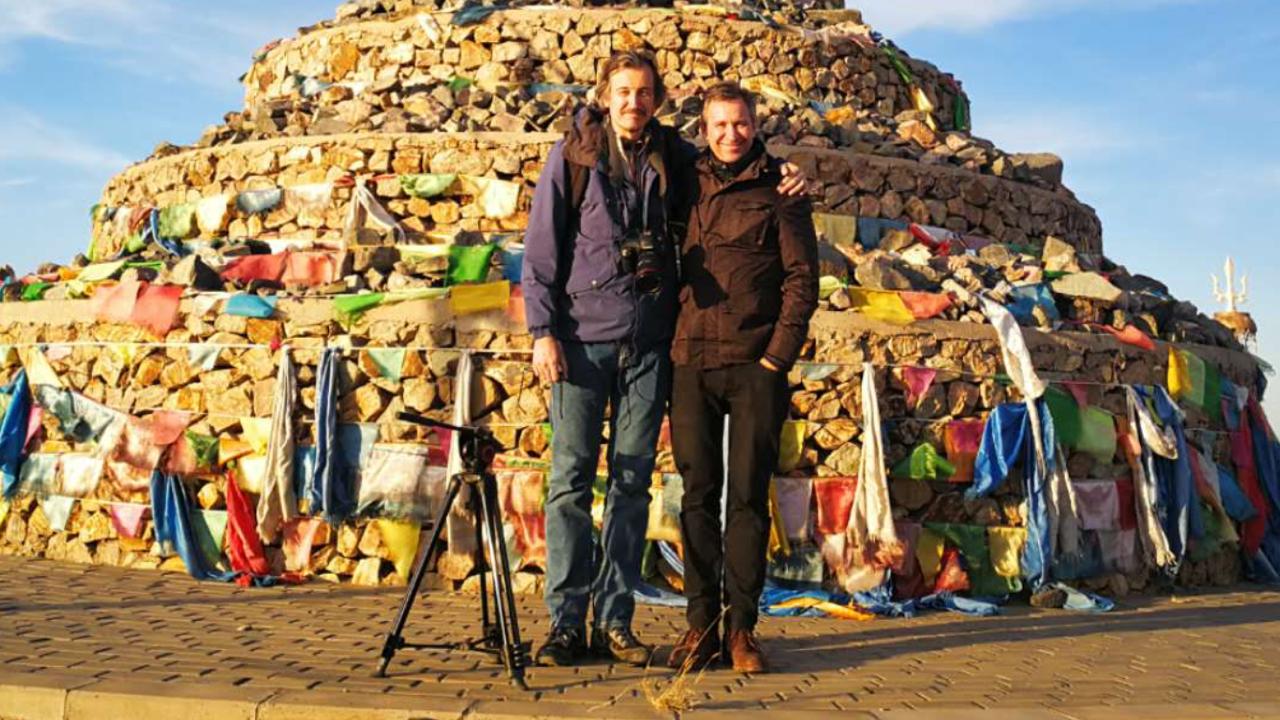 So, from interviews with experts scheduled in capital cities like London and Washington, they set off for cities like Oldham in the north of England and Braddock in the Eastern United States.

“When we chose Oldham, we looked at how it was there; saw that the poverty rate was super high; which is in a region that was important in the Industrial Revolution, near Manchester, which today is one of England's poorest regions; who voted for Brexit; and which is full of old buildings and abandoned weaving mills, so it was visually interesting. We were trying to combine statistical data and journalistic relevance with something that was visually appealing, which told the story visually as well,” Almeida explained.

The scenarios of cities helped to tell of the decay of the middle class and the disparity between the opulence of the super rich and the outrageous living conditions of the poor. There they also met people whose life stories were directly related to the data on which the project is based.

“Everyone knows what inequality is,” Canzian said. “Now, when you want to show it in a way that’s a little deeper, you need to show a lot of data, graphs, tables. And usually, for a large newspaper audience, especially on the internet, this kind of stuff usually scares them away, people don't have much patience for it. So our main challenge, which was a concern for me from the beginning, was to make this heavier, numerical data tell a story that was full of characters. We tried to make the characters, idealistically, show what that data wanted to say.”

A visually striking aspect of the special is the use of black and white for all photos. This choice was due to several factors, Almeida explained.

“We were photographing some topics, such as Brexit and the yellow vests [in France], which had either appeared a lot or were appearing a lot in the press. Our project is not meant to be a hard news project, a hot topic. Visually transforming these subjects into black and white gives a more historic character to the photos. You make the photo more timeless, less dated,” he said.

Another reason is the visual connection of the stories: given that photos would be taken in various places at different times and in different situations, with different lights and colors at each location, black and white gives the work a visual unity, he explained. And finally, as this is a "dramatic subject, black and white somehow gives a greater drama" to what is being portrayed, Almeida said.

In addition to the photos, each chapter of the special features a mini video documentary lasting between 15 and 25 minutes. The capture of images in video also was up to Almeida, who spoke about the challenge of photographing and making videos simultaneously.

“It's crazy [to do both], because it's two completely different ways of thinking. You do twice the work, usually in the same amount of time you always had to do just one. It is a beautiful challenge. And for the text reporter, too, [it's challenging] to understand that you have this demand, that you're doing two things, that making video takes time,” he said.

In the chapter on Brazil, the video shows the moment when an interview carried out by Canzian and Almeida in the Vidigal favela in Rio de Janeiro's South Zone at 11 a.m. on a Wednesday is interrupted by a shooting. According to the photographer, the event illustrates the increasing difficulty of reporting on sensitive topics in Brazil.

“In South Africa, which is a violent country, too, [like Brazil], we visited communities, slums, and I didn't feel threatened at any time. Okay, we talked to the community leaders. But here it was crazy business, I had to talk to drug leaders, to negotiate every time. Many times I took days and days to negotiate and could not manage to make it happen,” he said.

“It is very difficult to work here. And it was the same in the special ‘World of Walls’; we went to a wall on Kenya's border with Somalia, a place where there is terrorism, one of the worst places in the world to go in terms of difficulty of access and violence, but where I was threatened with a gun was in Cubatão [in the state of Sao Paulo].

Folha has editions in Spanish and English, in which it presents a selection of articles originally published in Portuguese that are translated into both languages. In the case of the “Global Inequality” project, Canzian said the newspaper's management judged the work to be “relevant” so that it could be fully translated and published simultaneously in all three languages. 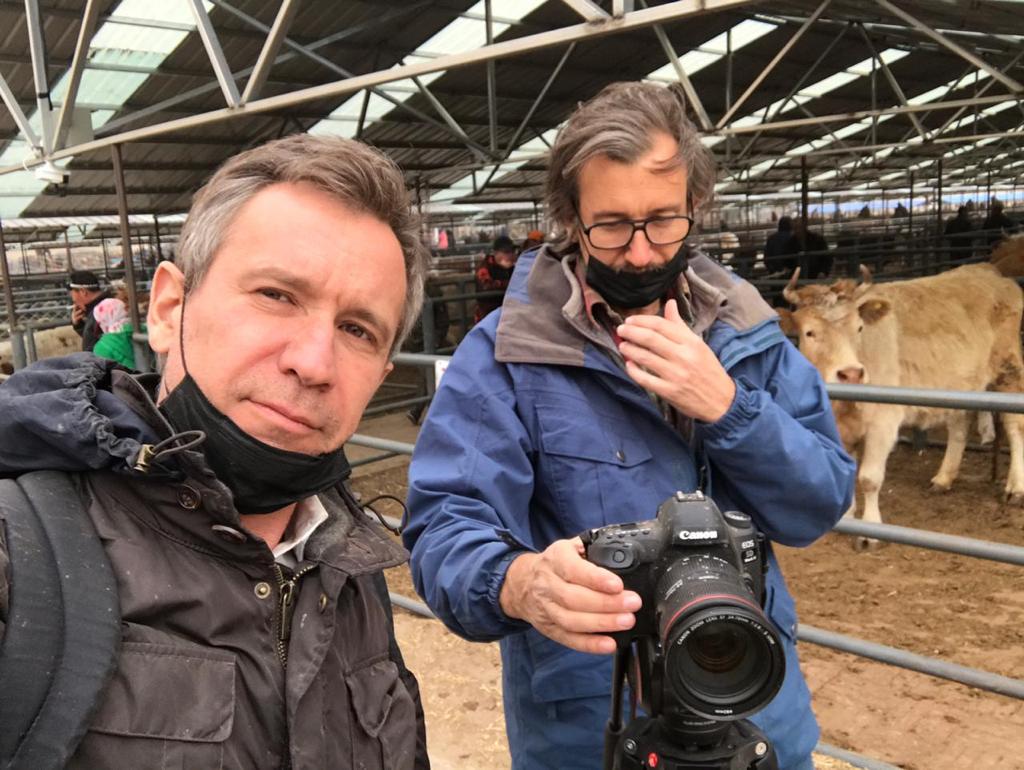 “We have been doing this with large, international projects, because Folha, although it is a Brazilian newspaper, is the largest newspaper in Brazil and has some penetration abroad. The people we interviewed are following the material, and there would be no other possibility for non-Portuguese speakers than having an English and Spanish translation,” he said, noting that a search for the expression “global inequality ”on Google features Folha’s special in English on its first page of results.

“That's because it's in English; if it were in Portuguese only, it would not appear to anyone who is researching the subject in other languages. Let's say you have a student at a university in Michigan studying global inequality; the guy writes 'global inequality' and the material from Folha will appear in English.”

So far, the videos, which have subtitles in Spanish and English, have a total of more than 300,000 views on YouTube. The texts and graphics were also published in the print newspaper; and on the site, the special is “a success in terms of audience,” Canzian said (Folha does not disclose the audience of specific reports).

He said they’ve received “good returns” regarding the project, both from people dedicated to the topic and from some experts who were interviewed for the special, as well as “from people who are not necessarily focused on it, people who are more interested in human stories.” "This balance was our target and in a way we managed to get it right," he said.