Former military officer Daniel Urresti, who is running for mayor of Lima on Oct. 7, was acquitted as co-author of the murder of journalist Hugo Bustios in 1988. 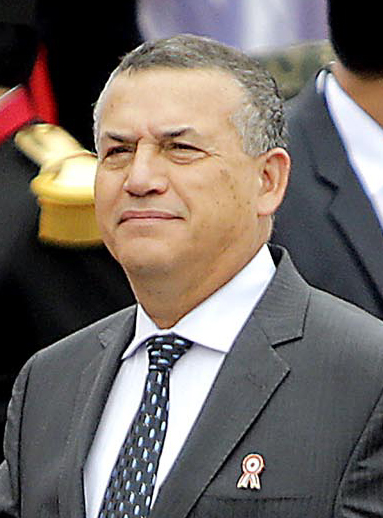 Daniel Urresti (Gallery of the Ministry of Defense of Peru, CC BY 2.0.).

On Oct. 4, Collegiate Tribunal B of the National Criminal Chamber ruled in the first instance that Urresti was not involved in the murder of Bustíos, who was a correspondent in Ayacucho for the investigative journalism magazine Caretas during the height of the terrorism of Sendero Luminoso in Peru, newspaper La República reported.

Both the public prosecutorś office and the defense for Bustíos’ family told media that they will appeal to have the sentence annulled, according to the newspaper.

Urresti was accused by the prosecutor’s office for the first time in 2013, years after two ex-military officers sentenced in 2007 for Bustíos’ death said before the court that Urresti was also present at the crime scene, El Comercio reported. The prosecution subsequently requested that Urresti be accused for allegedly giving the order to kill the journalist.

But in 2017, in the course of the trial against the former military officer, the prosecutor Luis Landa changed the charges against Urresti. He was charged with being the co-author of the murder of the journalist, La República reported.

According to La República, the prosecution changed the charges after the prosecutor was able to obtain more statements from new witnesses and more evidence of Urresti's alleged direct involvement in the murder.

In 1988, Urresti was the head of intelligence at the Castropampa military base in Huanta, Ayacucho. On Nov. 24 of that year, Bustíos went on his motorcycle accompanied by his colleague Eduardo Rojas Arce to cover the murder of a family perpetrated by Sendero Luminoso. On the way, both journalists were intercepted by an army patrol that started firing at them. Rojas Arce was able to escape wounded but after the shots, Bustíos was attacked with explosives.

Urresti, who was also Interior Minister during the government of President Ollanta Humala, said after hearing his acquittal: "I am ready to be the mayor of Lima," AFP reported. Urresti is one of the favorites in the polls

Sharemlí Bustíos, the daughter of the murdered journalist, told RPP Noticias that the sentence was a shame. "Now I understand why they have put it [the trial] on Oct. 4 before an election. They are using the Bustíos case as a political aircraft carrier, there they have their mayor!" she said.

The daughter of the murdered journalist also told RPP Noticias that Urresti had been hostile to her and her mother throughout the process and had manipulated witnesses. “His performance in this trial has been evident, it’s a shame all this. How much is a judge worth?" she said.

If elected mayor of the capital on Oct. 7, Urresti would have to face two more trials, reported La República. In one, the prosecution charged him on July 30 for the crime against public trust, for allegedly presenting a false witness in his defense during the trial for the murder of Bustíos. And the second charge is for the rape of Ysabel Rodríguez Chapana, a woman from Ayacucho who witnessed the murder of Bustíos, who also denounced during the recent legal process that Urresti raped her twice.