The Knight Center contacted Rodríguez Pellecer, who explained that he could not give interviews at the moment while an investigation by an external group is being done, as requested by the Nómada Board of Directors. In a statement posted to his Twitter profile on Dec. 5, he stated that "regarding the accusations of harassment, men and people with power do not have the last word on the truth." 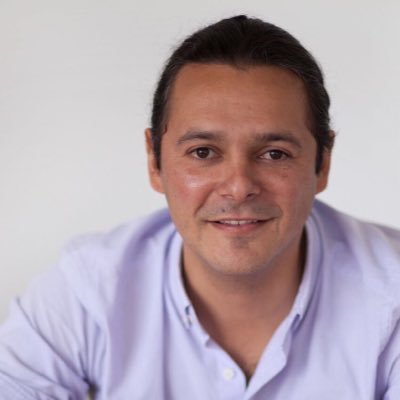 Ruiz-Navarro, Colombian journalist and author of the investigation into alleged harassment cases, lives in Mexico City and is the director of Volcánica magazine, a feminist supplement from Nómada created in November 2017. Her article published on the site Medium on Dec. 4 relates the investigation which she started to carry out based on anonymous Tweets from Nov. 13 published on the #MeToo Guatemala profile.

The Tweets claim that “Martín Rodríguez sexually harassed several of the participants” at the II Latin American Forum on Creativity, Innovation and New Media for Reproductive Rights, or Fórum IDEA, which was being held at the time in the city of Antigua, Guatemala. Nómada was one of the co-organizers of the event and Rodríguez Pellecer was one of the opening panelists, Ruiz-Navarro wrote.

According to the Tweets, the Guatemalan journalist harassed women “in different countries, offering them drinks in his hotel room, isolating them from the group, using his reputation as ‘ally,’ taking advantage of the fact that he is in another country doing activities of journalism, sexual rights, etc.”

In her article, Ruiz-Navarro says that following the publication of the Tweets, she questioned Rodríguez Pellecer about the accusations and he said it was a “campaign against him” and that they were taking advantage of his visibility at the Fórum IDEA to attack him.

He also told Ruiz-Navarro, according to what she says in her article, that months earlier there had been a rumor that he allegedly harassed a journalist who had worked at Nómada. Rodríguez Pellecer said he had confronted the journalist and she had denied the accusation, and that she reiterated her denial in conversation with the Nómada Anti-Harassment Committee.

Rodríguez Pellecer then told Ruiz-Navarro that he would call on the Anti-Harassment Committee to investigate the Tweets and invited her to join the mechanism, she wrote in her article. She said she preferred to do an independent investigation and cut contact with him, according to her text.

Ruiz-Navarro's article was published three weeks after this conversation between her and Rodríguez Pellecer and features testimonials from “five young journalists who have been harassed to varying degrees of severity by Rodríguez Pellecer in the last two years (2017-2019) during international feminist and journalism events to which he was invited as an ally,” the Colombian journalist wrote.

“The cases include uncomfortable conversations with sexual advances, invitations to his room, what in English is known as ‘sexual misconduct’ or bad sexual practices and in one of the cases the consent barrier is explicitly broken and therefore it can be considered abuse,” Ruiz-Navarro said.

In addition to the testimonials, the text brings observations by Ruiz-Navarro about Rodríguez Pellecer's alleged behaviors and about the nature of sexual harassment and abuse.

The journalist cites the U.S. Equal Employment Opportunity Commission’s (EEOC) definition of sexual harassment: “Unwelcome sexual advances, requests for sexual favors, and other verbal or physical conduct of a sexual nature constitute sexual harassment when this conduct explicitly or implicitly affects an individual's employment, unreasonably interferes with an individual's work performance, or creates an intimidating, hostile, or offensive work environment.”

Ruiz-Navarro also cites the U.S. National Academy of Sciences, which stipulates three types of sexual harassment, as the journalist writes: “harassment by gender, that is, harassing a worker for being a woman; unsolicited sexual attention, advances or sexual invitations by physical or verbal means, including sexual abuse; and sexual coercion, when favorable treatment is offered, in the educational or professional field, conditioned on sexual activity.” According to Ruiz-Navarro, the cases reported in her investigation fall into the second category.

The Nómada Anti-Harassment Committee, made up of site staff members, told Ruiz-Navarro that it had decided to seek an outside body to investigate the accusations against Rodríguez Pellecer, as the journalist wrote in her text. The Committee said it did so “because in this case we identified that because we are people who depend on the person denounced, and this person has a situation of power over us, as well. Although we are committed to working independently and professionally, we understand that from the outside it is perceived that there is a conflict of interest so we decide that we are not the people to carry out this investigation," according to Ruiz-Navarro.

Ruiz-Navarro wrote that she asked Rodríguez Pellecer if he had ever made “inappropriate invitations and with sexual connotations to colleagues or subordinates in work spaces or conferences, forums or work meetings” or had “used your position of power as Nómada director or your position as a recognized feminist ally to make sexual advances on young journalists, in work spaces that should be safe.” He denied it.

The Colombian journalist said she also asked if he had already “broken the consent barrier with any women” or “touched any woman in a way she has explicitly told you that she doesn’t want you to touch her.”

“I have never broken the consent barrier. All my relationships have been consensual,” Rodríguez Pellecer said, as reported by Ruiz-Navarro.

External group will investigate the case

In a statement posted on his Twitter profile on Dec. 5, Rodríguez Pellecer stated that Nómada “has as an editorial line to believe women who denounce gender violence.” “We believe, investigate and from what we can verify, we decide the actions to take.”

According to what Rodríguez Pellecer wrote in his statement, on Dec. 3 the Nómada Anti-Harassment Committee notified him that it had decided to suspend the investigation against him based on the accusations made in the Nov. 13 Tweets, and to ask the site's Board of Directors, which represents the shareholders of the organization and which has no labor connection with the founder of Nómada, to hire an outside entity to carry out this investigation.

“In fact, I submitted to the Board of Directors my decision to separate myself from office for the duration of the investigation. This in order to guarantee the total independence of the process. From now on, I submit myself to the possible sanctions or reparations that, if applicable, the Board decides from the external instance’s investigation,” Rodríguez Pellecer wrote.

He rejected the abuse charges and said he was “totally sure that all the relationships in my life have been consensual.” “Regarding the accusations of harassment, men and people with power do not have the last word on the truth,” he wrote, adding that he asked the Board of Directors to include in the investigation the complaints presented in Catalina Ruiz-Navarro’s text.

The Knight Center contacted Rodríguez Pellecer with questions about the case. “I have requested authorization from the Board of Directors of Nómada, but it has asked me not to give interviews during the investigation process of an external instance,” he said.

“The only thing I can say is that I will not defend myself in public from the accusations but only before the external instance that the Board of Directors will hire, at the moment in which it calls me,” he said.

Also according to Rodríguez Pellecer, “the management of Nómada is in the hands of the body of deputy directors and managers of the media outlet, which is multidisciplinary and on more than one occasion has taken the reins of different areas.”

“All sanctions and reparations, if necessary, will be be defined and imposed at the end of the administrative investigation of the case,” it said.

Also according to the site team, “Feminism and the fight against gender violence have been pillars of Nómada since its foundation and do not obey a particular vision but the essence of journalistic work that we do in this media outlet and that for years has been developed by journalists who know to do their work well.”

The Knight Center contacted the Nómada newsroom, the team of deputy leaders and managers of the site said the Board of Directors had selected for the investigation "a nationally and internationally renowned law firm that will form a group of three people that will conduct an investigation of the accusations as soon as possible and with the greatest rigor.”