2022 was a year rich in journalistic investigations in Latin America. Hard-hitting reports shed light on controversial activities that public and private leaders would prefer to keep in the dark. Reporters made use of leaked and public documents, traditional investigative reporting, and innovative techniques such as artificial intelligence to gather and analyze data.

To honor all Latin American journalists who work day in and day out and take risks to reveal information of public interest, the LatAm Journalism Review (LJR) presents four investigations that stood out in 2022.

This is by far not a comprehensive list of the best work produced by Latin American journalists in the past year, but it does capture originality, impact, and journalistic innovation. We hope these feature stories will serve as inspiration for you in 2023. 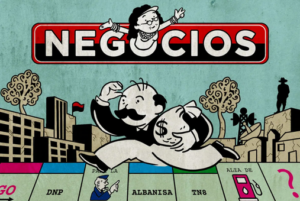 Family Business: The Wealth of the Ortega Murillo Family in Nicaragua (Confidencial, Nicaragua)

In Nicaragua, restrictions on the work of the press are many. Since his return to the presidency of the country, Daniel Ortega, whose vice-president is his wife, Rosario Murillo, has closed newspapers and TV and radio stations, imprisoned and prosecuted journalists. As a result, a significant number of journalists have gone into exile.

That is why this investigation of Confidencial, one of the newspapers raided by the government, stands out as a breath of resistance in Nicaraguan journalism. Even though the newsroom where this publication used to operate has been invaded since 2018, journalists continue working and producing impactful material. With limited resources, they have made use of public documents to gather information and reveal for the first time a network of 22 private businesses that have experienced exponential growth since Ortega's return to the presidency. The investigation shows that the businesses have expanded from the appropriation of the state cooperation agreement signed with Venezuela estimated at USD $5 billion.

The investigation also shows how people connected to the presidential family use these companies to access state funds through contracts with public institutions and advantages in telecommunications service concessions. At least eight children of Ortega and Rosario Murillo, the vice president, receive salaries from network companies, according to Confidencial. 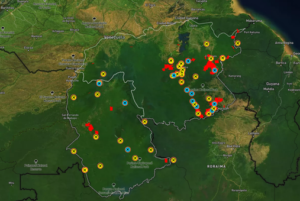 Based on satellite images and with the aid of artificial intelligence, journalists from the Venezuelan digital native Armando.info site have identified 3,718 mining points, mostly illegal, in the states of Bolívar and Amazonas and clandestine corridors used by cross-border organized crime to dispatch shipments of gold and drugs. The Corredor Furtivo [Clandestine corridor] series of feature stories appeared simultaneously in Spain's El País.

The investigation made use of a bot programmed to track images from the European Space Agency's Sentinel 2 satellite. The result was a map thoroughly analyzed to identify possible mines and illegal airstrips. Once the points identified in the satellite images had been mapped out, traditional reporting began, with reporters sent to some of the designated locations to verify the information.

“This was not a work to focus only on technology, but to take advantage of its benefits in order to go into the field no longer blindfolded. Our aim was always to go beyond denouncing or narrating the sporadically visits that are usually made to illegal mines in the country’s south,” according to the text of the feature story.

The series included six articles that show how illegal miners built a clandestine structure in the Venezuelan jungle, with the support of drug cartels and guerrillas. The stories also show how Indigenous communities resist the presence of criminals in their lands, despite the risks they are subjected to. 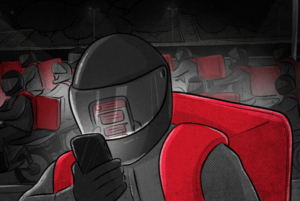 In a context where app delivery drivers are demanding labor rights, an investigation by Agência Pública, Brazil, showed how communication agencies hired by iFood used controversial methods to demobilize and demoralize the workers' movement.

The investigation showed that communications agencies working for iFood had monitored delivery workers' strike movements for months, used fake profiles on social networks and infiltrated agents in demonstrations. These profiles, with no visible identification to the agencies or the application, criticized the movements demanding better working conditions.

To publish "The hidden iFood propaganda machine", Agência Pública revealed that it "had accessed more than 30 campaign documents — including delivery reports, posting schedules, videos, meeting minutes and message exchanges — as well as talking to people who worked at the agencies and followed the campaign developed for iFood for at least 12 months."

As a result, the National Council for Self-Regulation in Advertising opened an investigation against iFood and its contracted agencies. iFood was also targeted by a Parliamentary Inquiry Commission of the São Paulo City Council that investigates the labor situation of app delivery drivers. 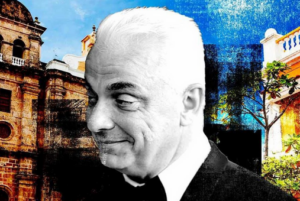 Colombia's Cerosetenta uncovered a series of high-end properties purchased in Cartagena by a Belgian "nobleman" investigated for tax evasion in Europe. (Credit: screenshot)

The hidden fortune of a Belgian prince in Cartagena (Cerosetenta, Colombia)

How did a Belgian aristocrat under investigation for money laundering transfer millions of euros to Colombia? In possession of notarial records and thousands of documents from the "Dubai Papers," an investigation by reporters from the digital native Cerosetenta site show how Henri de Croÿ, a descendant of Belgian nobility, built real estate holdings valued at USD 16 million in Cartagena.

De Croÿ is accused of setting up a tax evasion scheme that hid hundreds of millions of euros from tax authorities on behalf of wealthy clients in Europe. Reporters found him in Cartagena, investing money in a series of luxury properties.

The investigation identified five high-end properties in the historic center of the port of Cartagena and on the island of Barú that were acquired by Henri de Croÿ. In addition, it reveals the complex system of shell companies in tax havens and the financial transactions that the prince used to cover his tracks on these acquisitions.

The feature story shows that the properties were acquired while De Croÿ was engaged in the activities in Europe for which he has been accused of tax fraud and money laundering. The discoveries were off the radar of European investigators and have entered into the crosshairs of the Belgian's former clients, who are suing him to try to recover part of what they lost on investments managed by him.